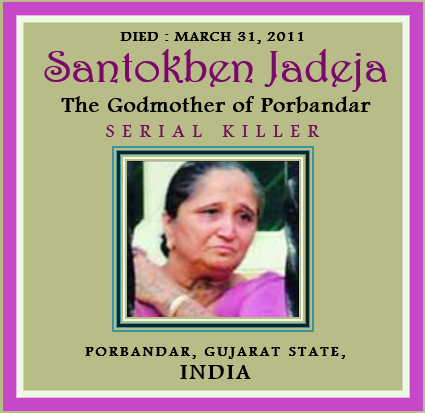 EXCERPT: Popularly known as the ‘Godmother’, Santokben Jadeja entered the world of organised crime after her husband, a mill worker who turned into a gangster and don, was killed by an old rival gangster. Rather than go to the police, Jadeja decided to track down the 14 people who were involved in her husband’s murder and kill them with the aid of her trusted aides.

She went on to become the mafia queen of Kathaiwad and the most famous Indian woman to head an underworld enterprise in India. Jadeja also had a stint in politics, when she was an MLA from 1990-1995 with Janata Dal. She died of a cardiac arrest in 2011, and her life has been depicted in a film titled Godmother, with Shabana Azmi playing the titular role.

Wikipedia: Santokben Jadeja, popularly was known as Godmother was an Indian criminal, and later a politician. Her area of operations have been in and around Porbandar. Though now marginalized, she was once a key player in the criminal operations of Porbandar.

She was married to Sarman Munja Jadeja, a leader of Maher community, who was an ordinary mill worker at Maharana Mill, but became a gangster and don when he killed the local gangster Devu Vagher, who was hired by the mill owner to break the strike.

Till 1986 Santokben was playing the role of a home maker and a mother. When under the influence of Pandurang Shastri of the Swadhyay movement her husband Sarman had bid farewell to arms and crime. But in December 1986, her husband was shot dead by Kala Keshav gang owing to old rivalry. This brought Santokben in to forefront, who decided to go back to old way of his spouse, to get even.

She was an MLA [Member of Legislative Assembly] from 1990 to 1995 as a candidate of Janata Dal and was close to Chimanbhai Patel. She was alleged to be behind the murder of 14 people, who she believed were responsible for her husband's murder. She was arrested for giving shelter to people who had raped two girls. This was a false allegation made by an accused sister to mislead the investigation and was never proved in any court.

She hailed from Kutiyana town in Porbandar district. Her period of operation started during the 1980s and lasted for about a decade, until she was made to relocate to Rajkot. She had planned to contest the 2002 assembly elections from her native place, Kutiyana in Saurashtra. However, she later vacated the seat for the Congress party's candidate.

Her arrest for the murder of a BJP [Indian People's Party] councilor in August 2005 put her deep into the backseat. In 2007, she came into the news again with the killing of Navghan Arsi, the son of Arsi Jadeja, the brother-in-law of Santokben. She was in the news in 2008 when her daughter-in-law was shot dead by her son,  Karan Jadeja. She died of a heart attack in Porbandar, Gujarat on 31 March 2011. She was the subject of a Hindi film, Godmother (1999), where her role was played by Shabana Azmi, who later won the National Film Award for Best Actress. 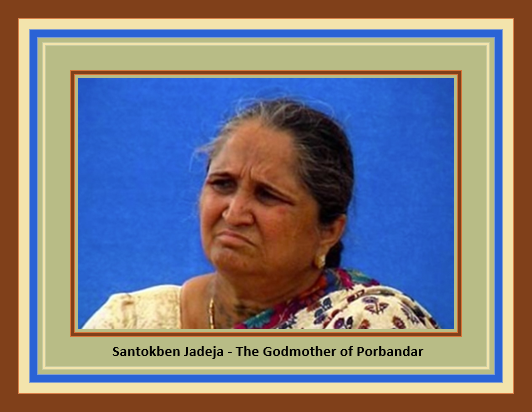 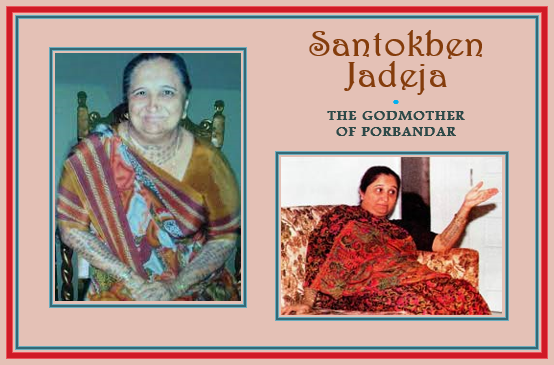 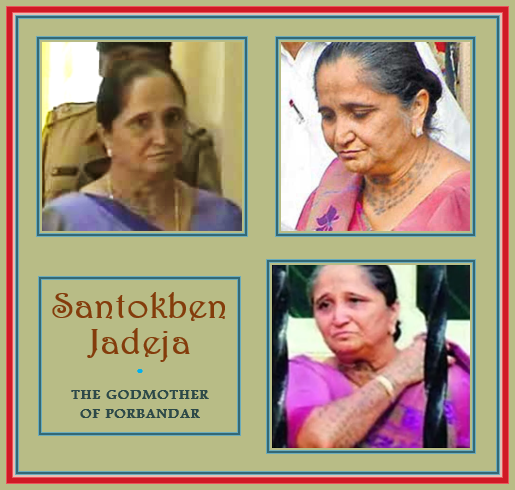 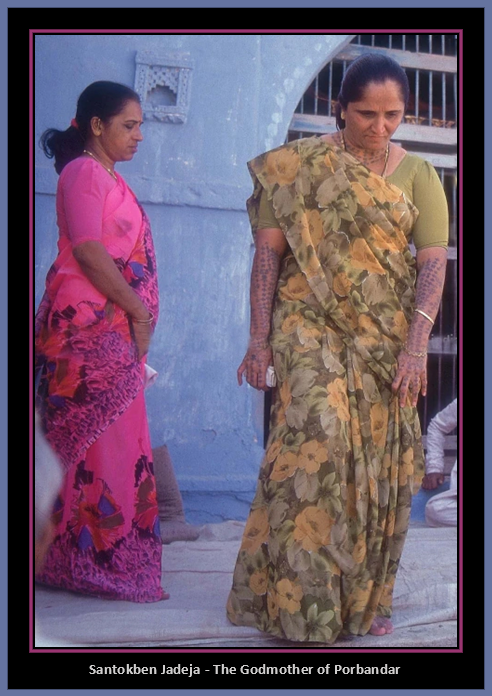 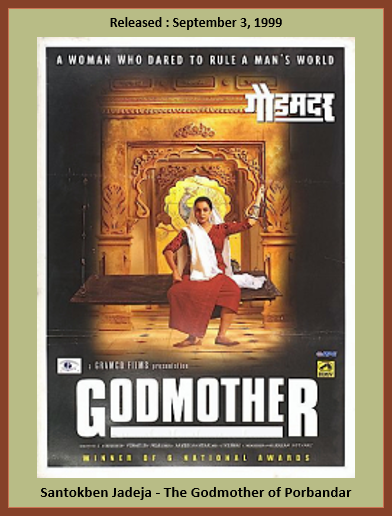