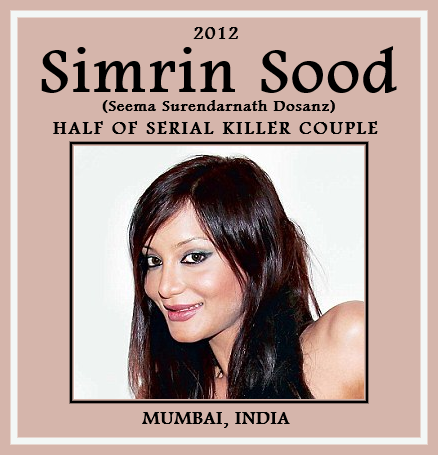 FULL TEXT (Article 1 of 2): Known as the lover and accomplice of Mumbai-based serial killer Vijay Palande, Sood had a hand in carrying out the two Das murders in Mumbai in 1998, after which Palande reportedly fled to Thailand to get a plastic surgery and forge a new identity. Then followed another two murders – of film producer Karankumar Kakkad and businessman Arun Tikku. Sood did the job of tricking unsuspecting men into the trap, helping him carry out a total of four reported murders, and who knows, maybe more. She had filed a discharge plea [request to be released on bail] in court in 2015. [Adapted from: Ronjinee Chattopadhyay, “Tales of 10 Female Serial Killers in India That Will Horrify You,” Scrolldroll, Feb 27, 2022]

FULL TEXT (Article 2 of 2): Detectives are caught in a tangle of aliases in the Arun Tikku and Karan Kakkad double murder. Investigating the roles of serial killer Vijay Palande and his model-lover Simran Sood in the brutal crime, the police have been flummoxed by the 'names-dropping' in the case.

On Monday, the police learnt that Simran was actually Seema Surendarnath Dosanz, an arts graduate from Ludhiana. Alleged to be Palande's first wife, she arrived in Mumbai in the late 1990s for a career in the film industry.

Earlier it was suspected that Palande's sister in Delhi had a daughter called Simran and the family disowned her when she ran away to Mumbai to try her luck in the film industry.

The police said she had undergone several cosmetic surgeries in the US and Dubai to look younger.

'She is obsessed with her looks and the surgeries helped her hide her identity. We are trying to find her family, but so far have had no luck. She has not revealed much about her family either. All she is worried about is that she may not get any job offers now,' an officer said.

This new twist in the tale came to light after hotshot stockbroker Gautam Vora, who after his arrest said he didn't know that it was gangster Palande he was helping as he mistook him for a man he knew as Karan Sood, brother of his 'close friend' Simran.

Vora had said Simran called him seeking help for her 'brother in trouble' and that he was not aware that she and Palande were involved in a crime.

'Vora said he was told that Sood (who was actually Palande) needed to urgently reach Thailand,' a Mumbai crime branch official said.

The police said the stockbroker had checked Palande into south Mumbai's Hotel Godwin to freshen up before the latter's flight to Thailand. But the gangster was arrested before he could flee.

Later, Simran was also taken into custody for assisting Palande when he hacked 28- year-old Bollywood producer Karan Kakkad to pieces in his swanky Oberoi Springs apartment to get hold of his BMW car and credit cards. They were also accused of killing 67-year-old Delhi-based businessman Arun Tikku to usurp his property in Mumbai.

The police said the gangster was known to have used the name Karan Sood to hide his real identity or befriend potential targets.

The picture will hopefully be clearer when the police get to talk to Palande's German wife Nivis Ligenza. But the trouble is she is out of India.

2002? - Palande Vijay jumped parole, fled to Thailand to get a plastic surgery and forge a new identity 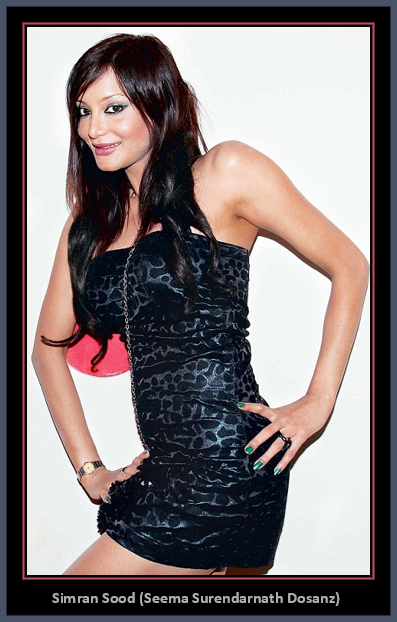 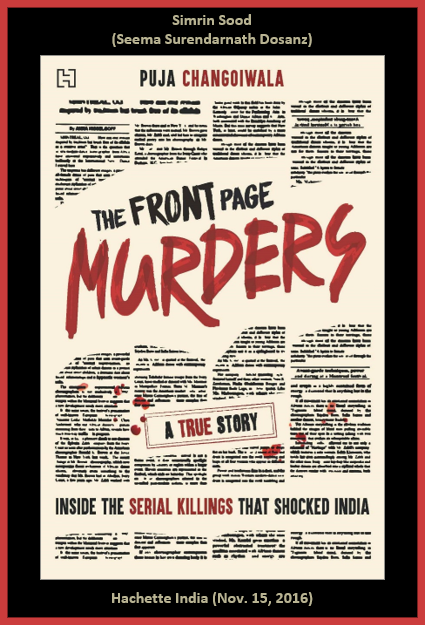 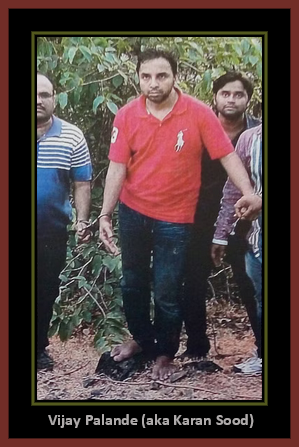