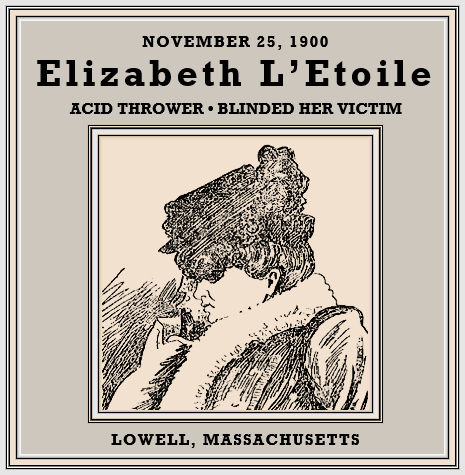 ***
FULL TEXT: Mrs. Elizabeth L’Etoile was arraigned in court today on a charge of mayhem. She was found probably guilty, after several witnesses had testified, and was held for $1,600 for the February term of the superior court.

John Bouchard, the alleged victim of the woman’s jealousy, was a sorry sight. He was brought over from St. John’s hospital in a carriage, and was accompanied by his wife,  to whom he was married Sept. 26, and Dr. Robert W. Foster, of the hospital staff. He was led into the court room by Detective Laflamme and given a seat near the witness stand. The man is totally blind, his face is disfigured and his left arm burned. His face and head were swathed in bandages. Mrs. L’Etoile, his assailed assailant, sat in the prisoner’s dock. She was dressed in black, wore a large black had with feather, and white boa around her neck. She rested her in her right hand and covered her eyes with a handkerchief. As Brouchard passed her she saw him through the corner of her eye. During the taking of evidence she listened with the greatest interest to the testimony. Nine witnesses were sworn in for the government.

Brouchard in direct examination testified as follows: “My name is John Brouchard, and on the 25th of November. I visited Mrs. L’Etoile at her home in Herford place. I called at 10:30 a. m. and, Mrs. L’Etoile and her sister were there. I asked Mrs. E’Etoile if she would write a letter for me to come back in the afternoon. I went back in the afternoon to have the letter written. I remained there till about 5 o’clock, when I said I guessed I would go. She said ‘Wait a minute, don’t go in a hurry.” I told her I wanted to go home to supper. She said ‘Wait and I will give you a drink.’ I refused to drink as I already had two drinks. I suppose she wanted me to drink whiskey. She then said ‘Wait a minute,’ and she went into the kitchen and came back with a tin dipper filled with something she threw at me and which I could not see. I ran down stairs and later the ambulance came and I was taken to the hospital, where I have been ever since.”

He denied ever having had trouble with Mrs. L’Etoile but when questioned by Judge Hadley said that when he told Mrs. L’Etoile he was going to be married, she told him that he was foolish to get married.

“No, she did not say what she wanted to give me to drink,” answered Bouchard. 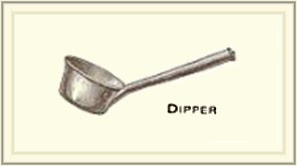 Bouchard was subjected to a searching cross-examination by Lawyer Donahue, counsel for the accused. In reply to questions, he said “I have known Mrs. L’Etoile four years and I lived at her house before my marriage.” He admitted being friendly with her and having had his arms around her at different times before his marriage. He also admitted her husband had warned him to keep away from his wife and that on one occasion the husband struck him and kicked him down stairs. He also said that on one occasion Mrs. L’Etoile complained to him that he was acting indecently toward her 10-year-old girl. “My trouble with her husband occurred after my marriage. I met him on the stairs when I was coming from his house and he kicked me. I have been to her house four times since I was remarried. I went there on business for some of my clothing. On the Sunday when the vitriol was thrown at me I went there to have a letter written to my folks. I did not ask my wife to write it because she cannot write French. When I went to her house, I went out to but a half a pint of whiskey.”

“Did you buy whiskey on Sunday in the Highlands?” asked Mrs. Donahue.

Further questioning, he said: “On that Sunday, I was leaning against the bed in the front room when she threw the vitriol at me. I had my coat off, for it was warm. I do not know whether I had my vest off. I may have taken it odd. I drank two glasses of whiskey that afternoon. In the morning I drank one glass before breakfast.

The next witness called was Robert W. Foster of St. John’s hospital. He said both* the man’s eyes are going and his face disfigured.

The doctor was questioned as to the direction from which the acid came and he thought it came from directly the rear.

Mrs. Bouchard, wife of the complaintant, was next called.

Her testimony was directed mainly to a conversation she had with Mrs. L’Etoile. “She came to my house,” said Mrs. Bouchard, “right after my husband got out the marriage license. She asked me if I was going to marry John Bouchard and I replied yes. She said if I married him I would be sorry as she would have him anyway. She said she could Fix him and that he owed her money and she would have Laflamme arrest him. She said she had him for five years and she would have him even if I married him. She called on me again, the day we were married, I had a talk with my husband and told him she could go see that woman after our marriage, and that I would find no fault and was not jealous. I did not care if he went to see her because he was good to me and I could find no fault.” “If I had whiskey to my house, it’s for you to find out,” she said to Lawyer Donahue. “I want you to understand that I am here for my rights and you want to remember that I must support him while he lives.”

Robert Matthews, who lives under Mrs. L’Etoile, said that he heard Bouchard screaming and went to the door to learn the trouble. Bouchard said his eyes were burned and he took him into his house and put a cloth over his face.

Officer Cawley testified that he was notified of the affair by Mr. Matthews. He went to the house and saw Bouchard. Mrs. L’Etoile was also there. He removed the cloth from Bouchard’s face and asked him who threw the vitriol. He pointed to Mrs. L’Etoile. She said “No. Johnnie. I did not throw it at you. I threw it at some cockroaches.” The officer then reported to the captain, who made the arrest.

The defense put in no evidence. Mrs. L’Etoile was found for the February term of the superior court. 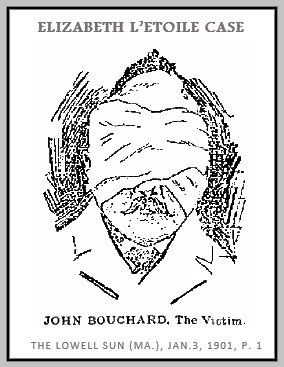 [* Typo in original corrected from “the man’s both eyes”] 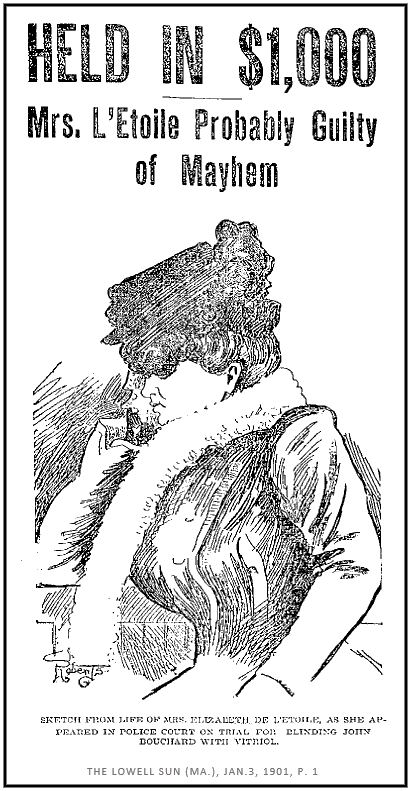 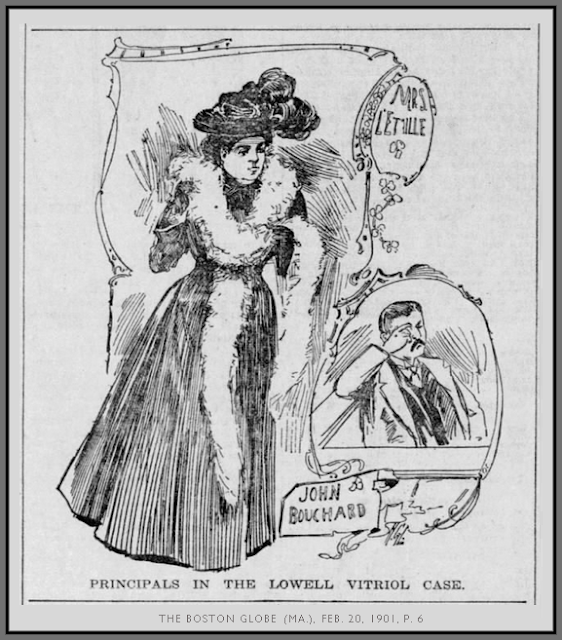