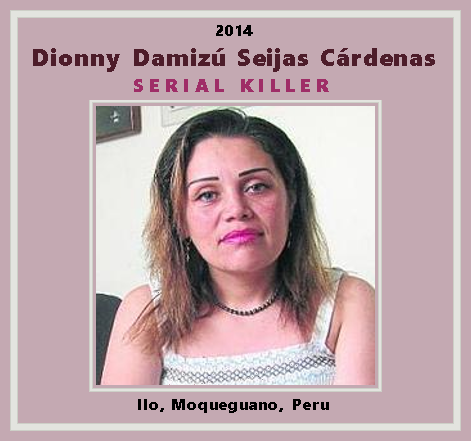 Dionny Seijas Cárdenas was sentenced twice for crimes of fraud and falsification of documents, dated July 8, 1999 and June 21, 2013. Witnesses have stated that she used to pose as a lawyer representing third parties.

A psychiatric evaluation indicates that Dionny Seijas Cárdenas  harbors a tendency to hold others responsible for her actions, to avoid assuming responsibilities, is manipulative, has an unstable personality, and is antisocial.

Dionny Seijas Cárdenas along with her accomplice, Luis Cárdenas Sangama, her cousin, murdered her ex-partner, Armando Molina Berríos (43), a hardware businessman. He was found dead on January 2, 2014 at the Angie del Cercado hostel.

About for weeks later, Dionny Seijas Cárdenas coaxed Luis Cárdenas Sangama to kill her mother, Julia Cárdenas Casafranca. She promised Luis that by doing the deed would strengthen their love and that he would lack nothing, since she would inherit her mother's assets.

~ Attempted Murder – Date not given

Dionny was also investigated for attempted parricide to the detriment of her father Julio Hannower Seijas Ruíz, together with a subject nicknamed “Marcos”, in Pucallpa.

Jul. 8, 1999 – sentenced for crimes of fraud and falsification of documents.

Jun. 21, 2013 – sentenced for crimes of fraud and falsification of documents. 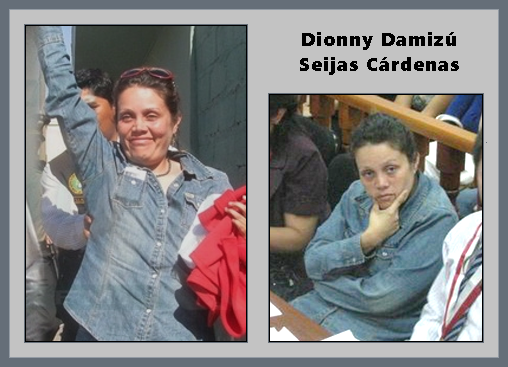 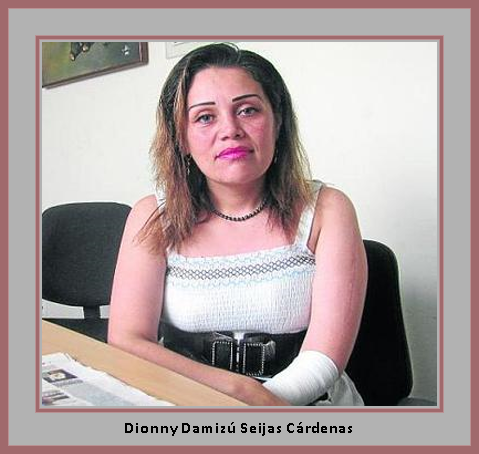 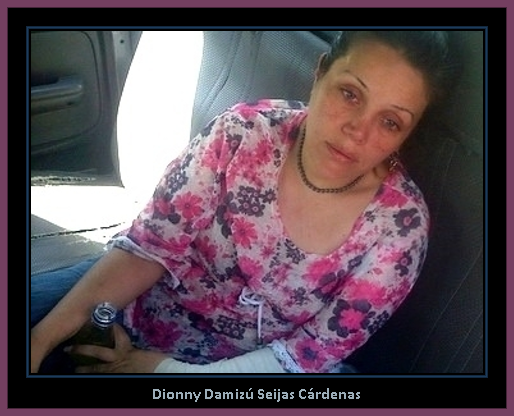