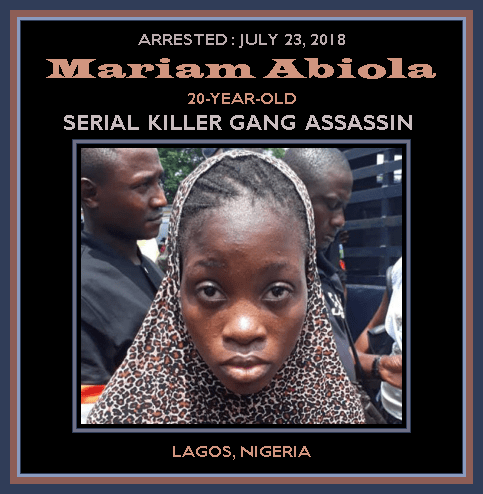 Abiola, who said she joined the Eiye confraternity after fleeing from her parent’s home at Abeokuta, Ogun State, told reporters she usually wore Jalabilia and hijab to assassinate her targets to cover the gun.

According to her, she was an armourer for the cult group as well as an execution, adding that they usually gave her the picture of a target and identify the person’s house.

Abiola said she was paid N10,000 for each of the four persons she killed for her group at Ilasa, adding that one Sadiq, taught her how to shoot a gun.

She said: ”I ran away from my house in Lafenwa Abeokuta to Lagos to look for work. I met one Mr. Sodiq when I got to Lagos. He took me to his house at Ilasamaja and initiated me into Eiye cult group.

“He took me to an herbalist, who gave me a black substance to eat. He told me that their work was about killing people. He gave me a gun and taught me how to shoot. I learnt how to shoot by shooting on the wall.

“I shot on the wall three times before I learnt how to shoot. Brother Sodiq gave three of us guns and pictures of persons to kill. He trained three of us. Two boys and myself.

“I have killed four persons. Each time that I want to go for the killing, I usually wear a white gown and a white veil (Hijab). Brother Sodiq usually showed us the target’s house.

“We go to the house at night. The two boys will scale the fence and open the gate for me. We go straight to the apartment and shoot at the target at close range. None of our targets survived. I killed one guy at Fadeyi area of Lagos, another one at Hassan in Ilasa, one at Ajeh. “Each time we killed someone, brother Sodiq would pay me N10,000 but he would pay the others N20,000 each. I do not feel bad after killing anyone because I see it as a job I paid to do.”

He said: “It is worrisome. Her confessions are startling, chronicling the number of killings. Apart from being an assassin, she was also an armourer for the gang.” 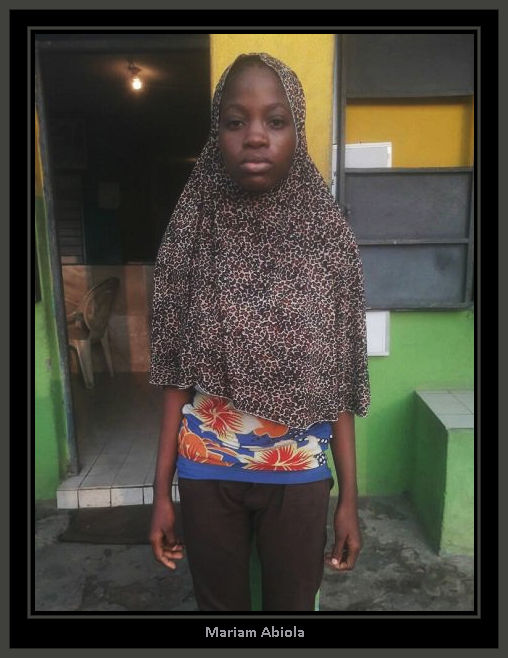 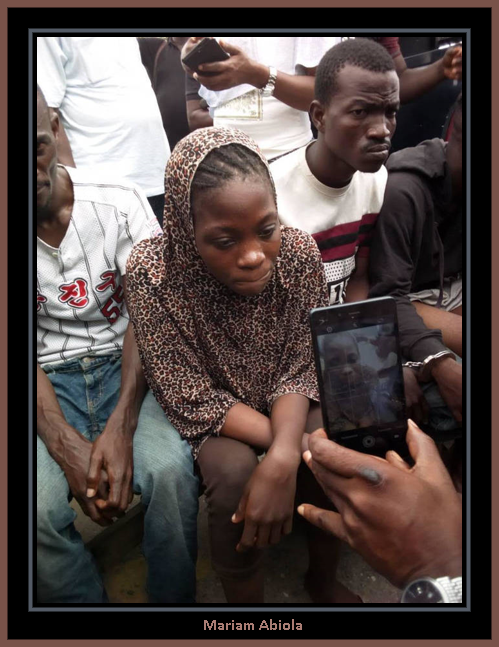