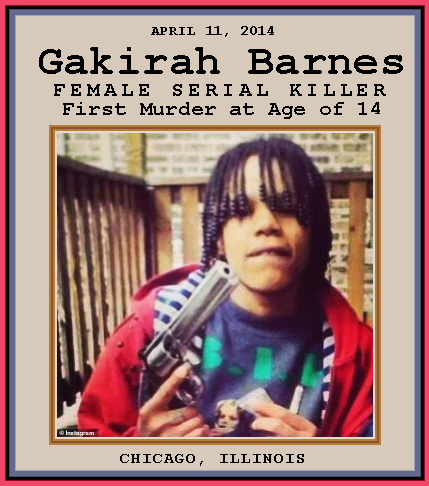 Gakirah Barnes committed her first murder, it is believed, at the age of 14. She then joined a West Woodlawn gang in Chicago’s South Side, the St. Lawrence Boys (AKA Fly Boy Gang), a “set” of the interstate Gangster Disciples. She was known in gangland as “'Tyquanassassin,” “Tookavill'kirah,” “Lil Snoop,” and “K I.” Gakirah was considered the go-to killer (“hitta”) for her gang, yet she avoided being charged for any of the murders she was known to have committed.
By the time Gakira was murdered in 2014 in a drive-by shooting by a rival gang, she is reputed to have committed 20 murders. During her three-year killing career, she had a prominent social media presence, where she would boast of her gangster life and post photos of herself, oftentimes sporting a pistol, amassing 5,000 followers.
On April 9, 2014, Mario 'Blood Money' Hess (30), cousin of Chief Keef, of the Black Disciples, whose territory is adjacent to the Gangster Disciples, was shot and killed. When Lil Jay, a fellow gangmember of Gakira’s, posted a photo of himself on Instagram drinking a red liquid, with the caption, "Sippin' on Blood Money," it was understood that the shooting was the work of “hitta” Gakira.
“The next day, Gakirah was walking to a friend's house when a hooded man walked up to her. He shot her a total of nine times, leaving her bleeding to death on the pavement before making his getaway. She managed to crawl to the steps of a house nearby where she lost consciousness. Gakirah died in a hospital bed two hours later at just 17 years old.” [quote: Sun, Aug, 13, 2019] [Robert St. Estephe, Feb. 16, 2021]
***
CHRONOLOGY
Gakirah Barnes – gang affiliation: St. Lawrence Boys or the Fly Boy Gang.
1996 – Gakirah Barnes born.
Mar. 30, 1997 – Gakirah Barnes’ father shot to death. Easter Sunday
Early 2011 – Gakira’s friend Shondale 'Tooka' Gregory (15) killed by stray bullet. Gakira was 13.
Late 2011 – 8 months following Geregoty killing - opposing gang member named Odee Perry (20) was shot and killed; online postings labeling her the 'hitta'.
Mar. 2014 – Gakira’s friend Raason "Lil B" Shaw was fatally gunned down in a foot chase with police when cops said he pulled a pistol on them.Apr. 9, 2014 – Mario 'Blood Money' Hess (30), cousin of Chief Keef, shot and killed.April 11, 2014 – Gakirah Barnes (17) shot to death; hit nine times in the chest, neck and jaw; Woodlawn.May 23, 2019 – documentary aired on TV, “Secret Life of a Gang Girl”; “The Untold Story”; 120 min.
***
BASED ON SOURCES:
[Dan Hall, “How promising student was drawn into gangland world and went on to viciously ‘kill 17’ and brag about crimes online – before being murdered at 17, The Sun (London), Aug, 13, 2019]
[Lauren Fruen, “'Monstrous' girl gangster who became one of the most vicious assassins on the streets of Chicago is believed to have murdered up to 20 people before being gunned down at age 17,” Daily Mail (London), Aug. 13, 2019]
*** 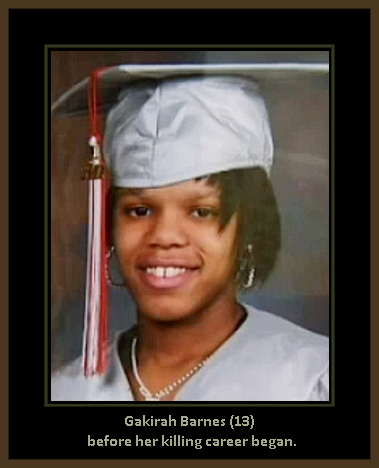 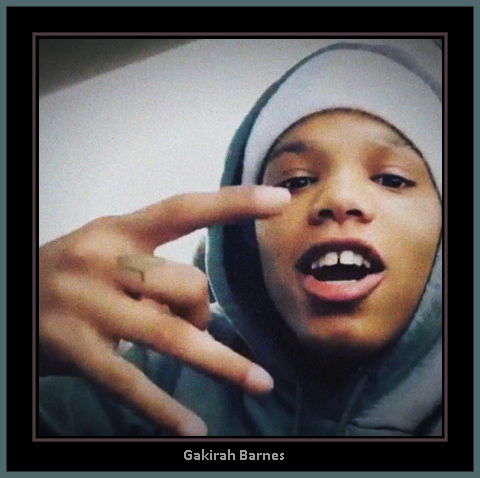 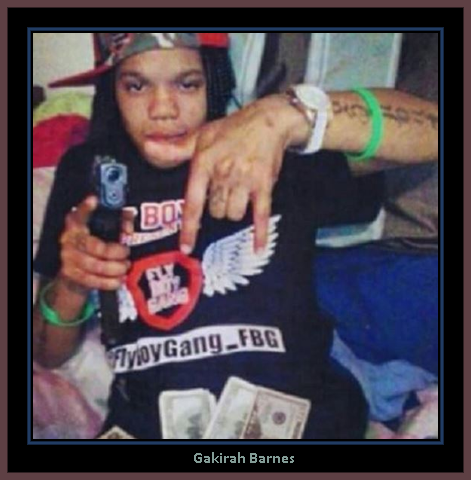 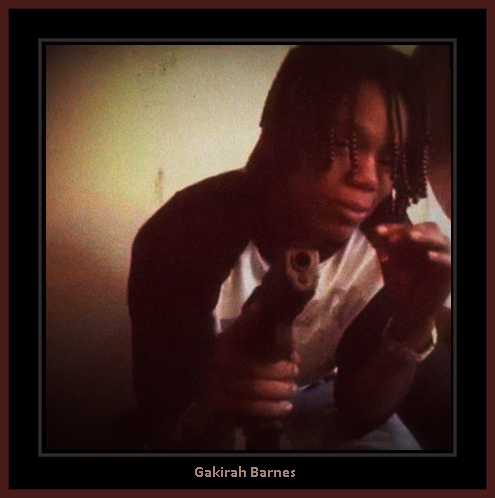 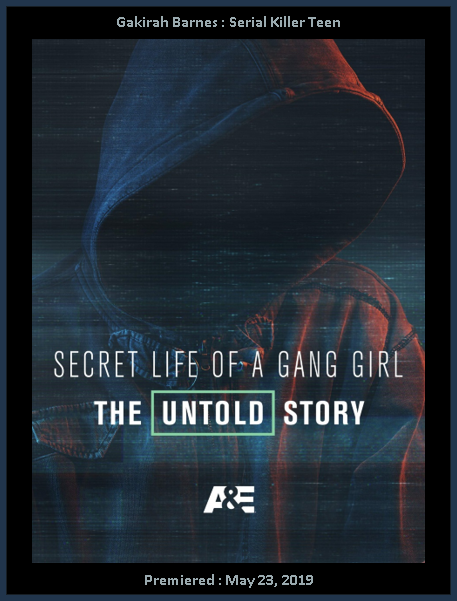