"Gender" is a HOAX 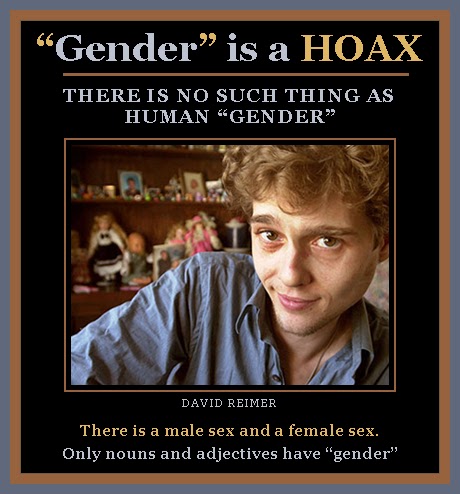 The abstract concept that “gender” exists in living beings (as opposed to existing as a category applying to words) holds that “gender” is a socially construction. This is nonsense. If a member of the male sex chooses to dress a a member of the female sex, that does not in itself change his sex. Only a physical alteration (hormonal, surgical, etc.) can change his sex. Thus, if a man "feels" he is a woman it is perhaps reasonable to refer to him as a person of the male sex who is also of the female "gender" (using the Marxist idea that "gender" is a social construction).

The natural, morphological and biological idea of sex identity and “gender” are not interchangeable. One's sexual identity is not a social construction; it is a physical/biological state.

When we allow ourselves to accept the use of the incorrect term “gender” to describe our sex we are acquiescing to manipulation -- into accepting a falsehood that has been foisted upon us by social engineers for the purpose of furthering their political and human management agenda.

We must reject such manipulation and control by “authority figures.” Do not be bullied or tricked into using the term "gender" by authoritarians, whether they be conscious of this malicious strategy or unconscious of it. 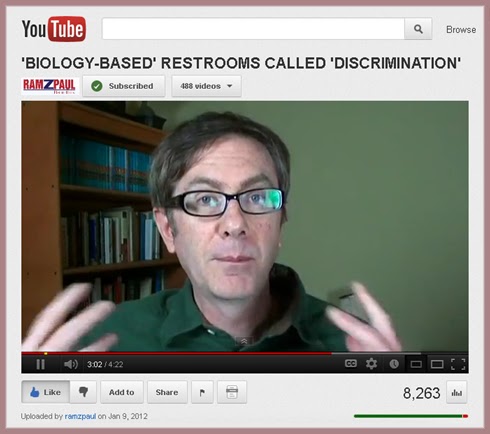 When David Reimer was born in 1965, he looked exactly like his identical twin brother, Brian — until his circumcision was botched at birth, and his entire penis had to be amputated. Dr. John Money, a sexologist at Johns Hopkins known for conducting audacious human experiments, heard of the mishap and jetted in. With David now neither anatomically male nor female (and his identical twin providing the perfect control group), Money saw an opportunity to prove his theory that gender was entirely a cultural construct. He convinced David's parents to give him sex-reassignment surgery and raise him as a girl named Brenda. In the following years, under Dr. Money's supervision, Brenda appeared to take to femininity naturally, completely unaware he'd ever been male. 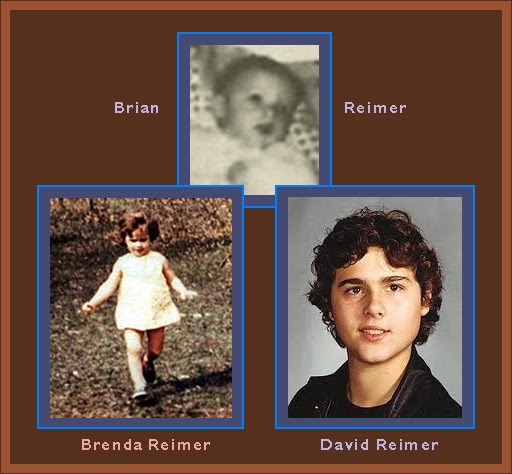 Money instantly became famous for proving that gender was merely a state of mind. The number of sex-change surgeries skyrocketed, and feminists trumpeted the experiment as proof that women were equal to men. But as she got older, Brenda was plagued with confusion. She couldn't put her finger on why, but she knew she felt like a boy. By age fourteen, her voice was deepening and her features were becoming masculine. She related to boys as friends and felt sexually attracted to girls. But Dr. Money had stopped following her development. Brenda grew up and fell out of the public eye, the widespread belief that gender was non-biological firmly in place. 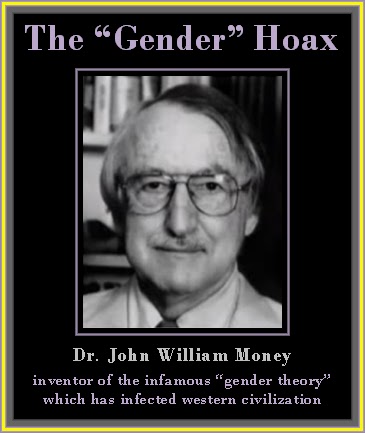 That belief might still be gospel today if not for a scientist in Hawaii named Dr. Milton Diamond, who had been following what became known as the "John/Joan experiment" since Dr. Money announced it. Suspicious of its merits, Diamond tracked down the now-adult Brenda in the mid-'90s. After studying and interviewing her extensively, he concluded that she was essentially a man trapped in a woman's body. Diamond published a paper in 1997 exposing the experiment as a failure and a hoax. Dr. Money was accused of a cover-up, and the takedown rocked the medical world. The New York Times, which twenty-four years earlier had called Money's experiment the most important leap forward in sexology since the Kinsey Report [which was itself a hoax perpetuated by a self-mutilating pedophile], ran a page-one reversal declaring that Brenda's life a woman was based on "the force of allegory." After learning about her past, Brenda had a second sex-change operation and changed her name to John. He married and lived quietly as a man again for several years, but committed suicide in 2004. Dr. Money, who continued to experiment and publish as a sexologist for years, died last July, one day shy of his eighty-fifth birthday. [Excerpt from: Jocelyn Guest, “The scientist who exposed the greatest sexology hoax of the 1970s is back.” Nerve.com, Nov. 28, 2006]

Here is a documentary on the Reimer case: 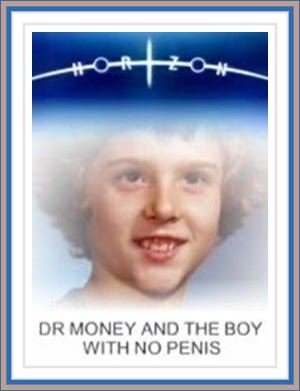 BBC Horizon: “Dr.Money And The Boy With No Penis” 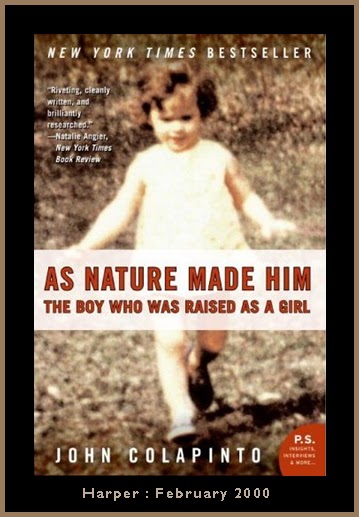 John Colapinto, As Nature Made Him: The Boy Who Was Raised as a Girl, 2000, Harper

This is a call to action!

Please join us in boycotting this Orwellian "newspeak." As long as we keep using the word "gender" to refer to the difference between the two sexes we are cooperating in our own enslavement by the control-freak social engineers.

I can guarantee you that when you begin, in your speech, to replace the specious use of "gender" with the proper word "sex," you will drive the control-freaks out of their misandrist, authoritarian, eugenic, totalitarian and hate-filled minds. 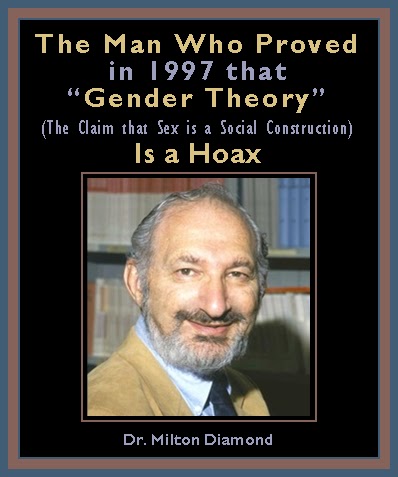 Email ThisBlogThis!Share to TwitterShare to FacebookShare to Pinterest
Labels: Gender