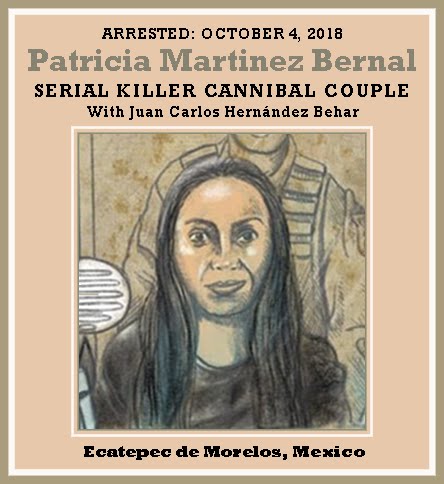 Wikepedia (revised): Mexican serial killer couple Juan Carlos Hernández Behar (33) and Patricia Martínez Bernal (38) of Ecatepec de Morelos, Mexico State, have been dubbed by journalists variously “The Monsters of Ecatepec” and “The Butchers of Ecatepec” who ran “The House of Horror.”

They claim to have committed between 10 and 20 murders between 2012 and 2018, and have also confessed to cannibalize the bodies of their victims. México state Attorney General Alejandro Gómez confirmed the cannibalism confessions and said that Juan Carlos had given specific details and descriptions of 10 of his victims. They lured their victims, many of whom were unwed mothers, with offers of discount clothing for their babies. They also confessed to selling body parts to practitioners of Santería and to selling the two-month-old baby of one of their victims to another couple, who were also arrested. Body parts of numerous victims were found in buckets and freezer bags at the couple’s home, a nearby vacant lot and two other addresses in the same Ecatepec neighborhood where they lived. In two separate addresses used by the couple eight 20 liter plastic buckets were found, containing human remains covered with cement Hernandez said he fed body parts to his dogs.

Patricia was in charge of luring the victims and cooking their remains. Information is not yet available on whether she directly committed murder along with Juan Carlos.

The pair were apprehended on October 4th, 2018 while transporting human remains in a baby stroller and a handtruck.

Both were born in Lázaro Cárdenas, Michoacán. Juan Carlos grew up fatherless, living with his unwed mother. He says she raised him with “gender fluidity,” often dressed him as a girl and brought men to her house, forcing him to watch her sexual exploits. In this, his case is similar to that of a serial killer girl, Mary Bell. He was also, he stated, sexually abused by his female caretaker. At the age of 10 he fell down the stairs and suffered a severe traumatic brain injury.

Martinez, in his confession, cited his childhood abuse as the reason for his hatred of women and asserted he planned to murder 100 women. Patricia Martínez, from a poor family, was a prostitute and is considered borderline retarded.

The couple met in 2008, when Patricia worked as waitress in a restaurant where Juan Carlos was a regular client. They initiated a relationship and, although she presumed him to be an “assassin”, and moved in with him. Over a ten year period they had four children. They opened a family business where they sold clothing, perfume and cellphones.

Their first victim, was lured with job promises. In their house, Hernández conducted her to their bathroom where he raped, beheaded and dismembered her. Martínez kept their children outside the house while the murder occurred. After the murder, Patricia partially cooked the body and ate it with her husband.

Their second victim, who lived next door to them, was addicted to inhalants. She was also raped, beheaded and dismembered in their bathroom. Patricia cooked the victim’s body in chili.

“I killed them because they were pretty.” /  “If I get out of jail I’m going to keep killing women.” – Juan Carlos.

[“Serial killers of Ecatepec confess to eating the remains of their victims,” Mexican News Daily, Oct. 10, 2018] 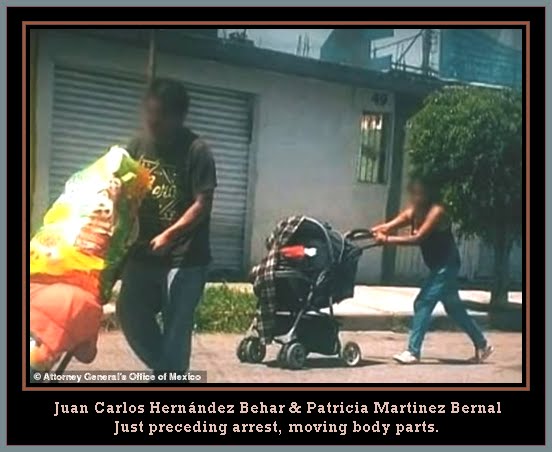 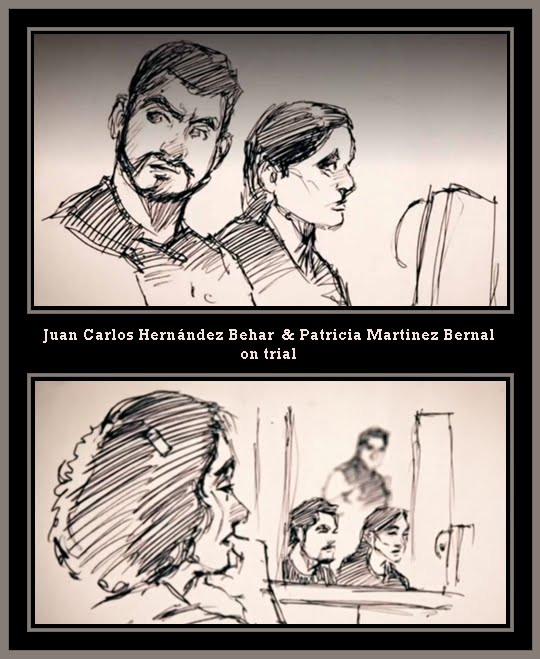 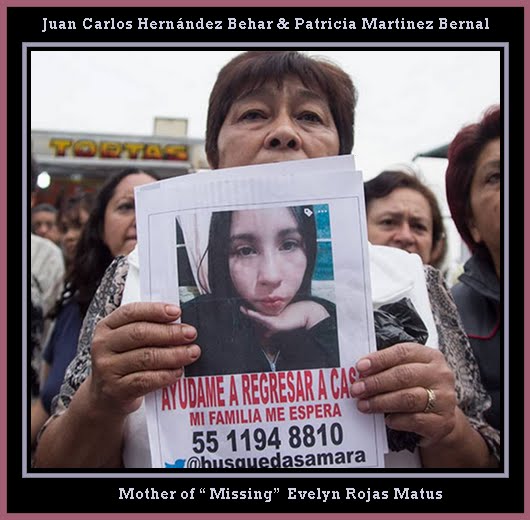 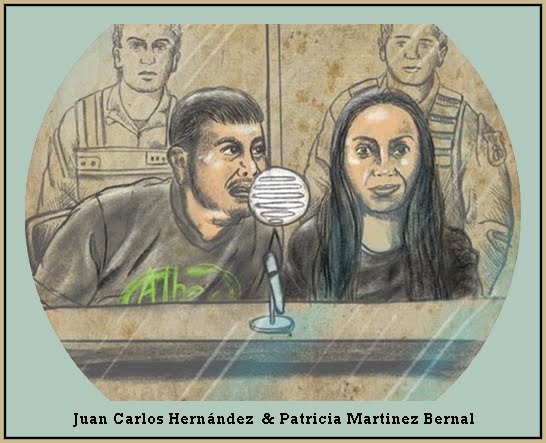 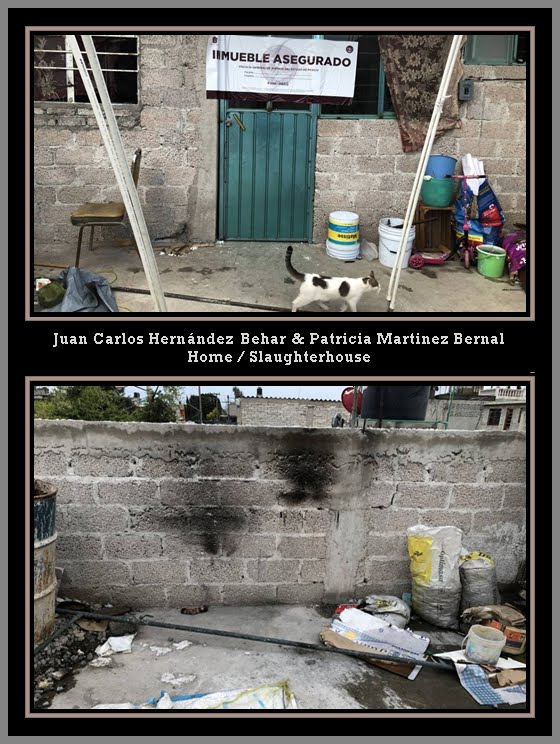 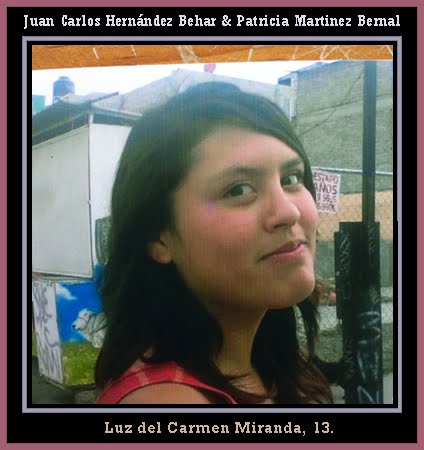 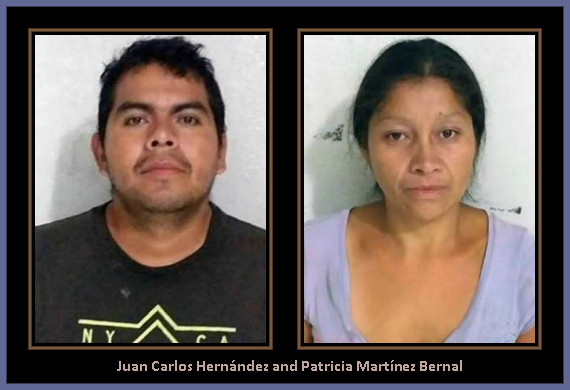 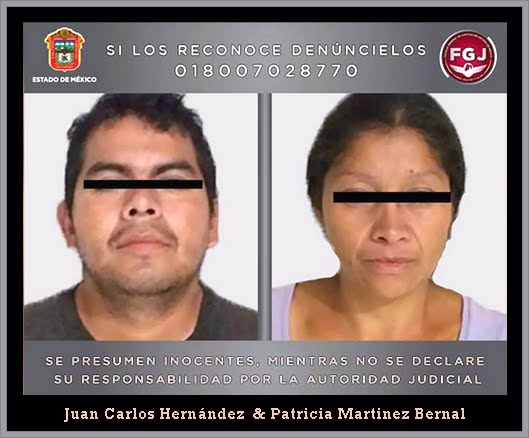 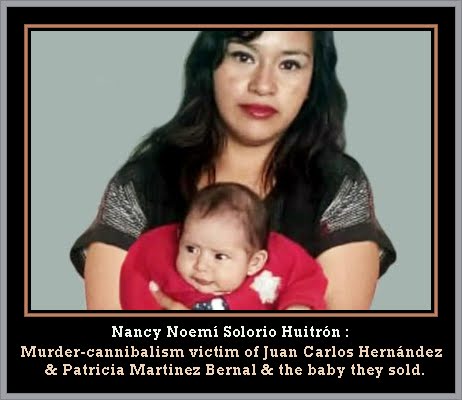