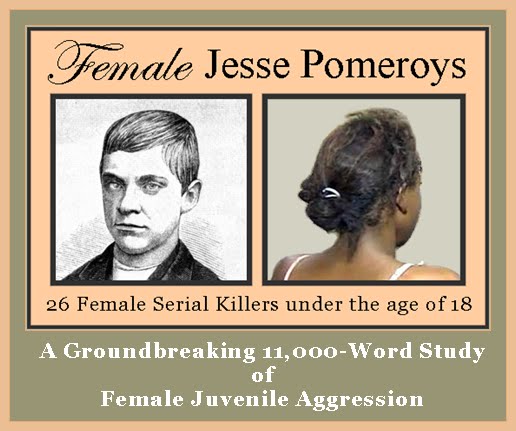 ABSTRACT (281 words): The subject of female aggression has never received its due from research scholars. In 1977, American psychologist Ann Frodi determined that of 314 studies she reviewed that focused on human aggression the share that discussed female aggression was only 8%. The consequences of this absence of attention has reinforced erroneous assumptions of scholars of an ideological bent and has intensified prejudices in the culture at large.

Patricia Pearson, investigative journalist, author of When She Was Bad (1997), notes that both the academy and the general public have a blind spot, a collective amnesia, when it comes to female aggression: “Violence is masculine. Men are the cause of it, and women and children the ones who suffer.  . . .  Though the evidence may contradict the statement, the consensus runs deep. Women . . . have no part in violence. It is one of the most abiding myths of our time.”

Jesse Pomeroy (1859-1932), an American boy jailed for assault in 1872 and in 1874 sentenced to death for murder at the age of 15, is often characterized as the youngest known American serial killer. Yet there have been several female serial killers of similar age preceding and subsequent to Pomeroy. None received anything like the publicity of the Pomeroy case. None resulted in a death sentence. “Female Jesse Pomeroys” contributes to advance the study of female aggression by collecting and discussing forgotten but significant cases of extreme aggression of girls aged 3 to 17. This paper focuses is on girls who murdered or attempted to murder at least two persons. The geographical distribution is broad, including cases from Asia, Africa, North and South America and Europe, ranging from 1865 to 2011. 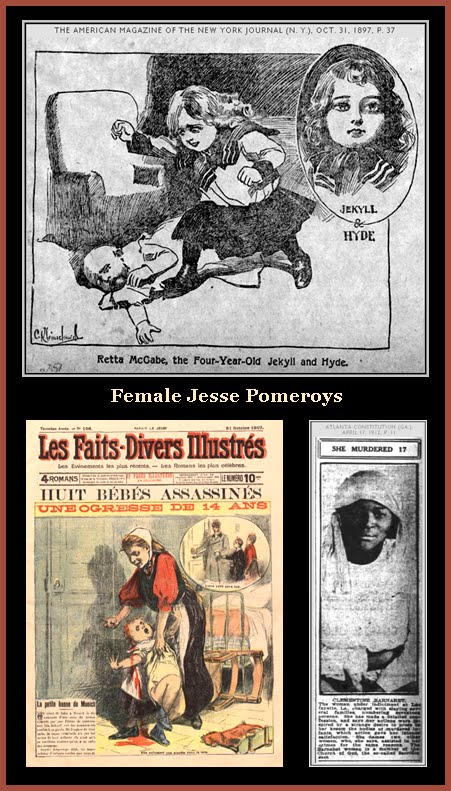