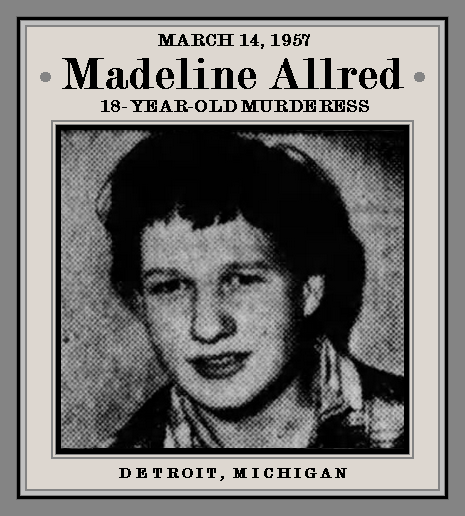 FULL TEXT: Jackson, Mich., March 14 – “I don’t especially like babies,” an 18-year-old baby-sitter explained today in revealing that she had taken her charge, a 3-year-old baby girl, to Detroit especially to drown her.

Following the directions of Madeline Allred of Pontiac, a former mental patient, police found the body of Patricia Tiernan in a hotel bathtub.

“I like to choke and kill people and animals,” police quoted the teenager as saying.

Mill Allred said that while she was baby-sitting with Patricia Tiernan at the Pontiac home of the baby’s parents., Mr. and Mrs. Theodore Tiernan, she decided to take the child to Detroit “and drown her in the river.”

But when they arrived in Detroit, she said, the baby began crying, so she decided to take her to a hotel and drowned her there.

Miss Allred said she held the child under water for about two hours before leaving the hotel room and going back to Jackson. In Jackson she was picked up on a loitering charge. Shortly afterward she volunteered her story of the drowning to police.

Police said despite the girl’s talk of liking to “kill people,” there was no evidence that she had been involved in previous trouble. 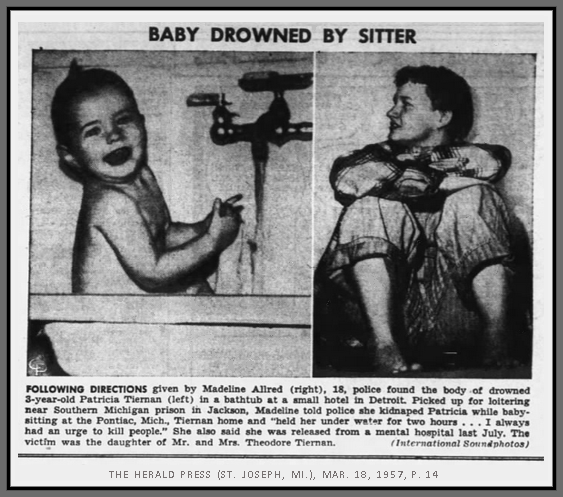 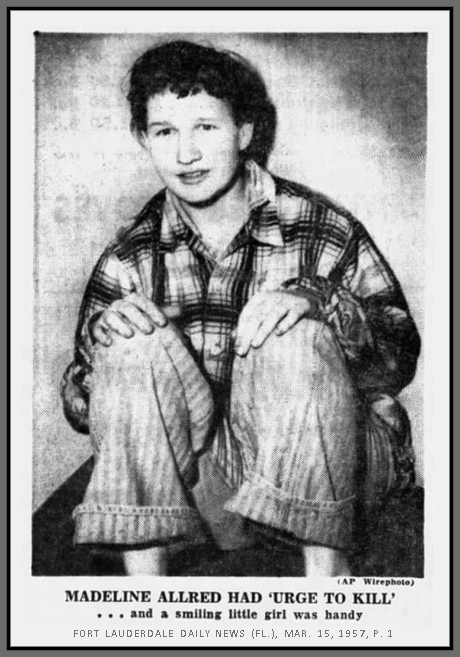 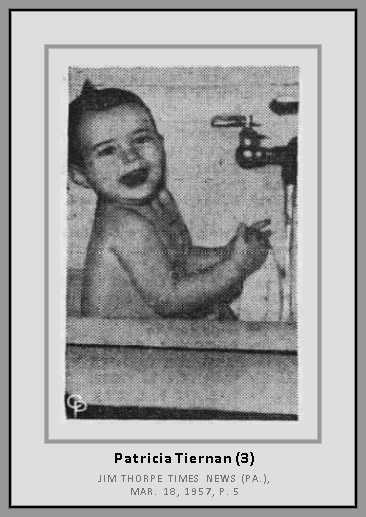