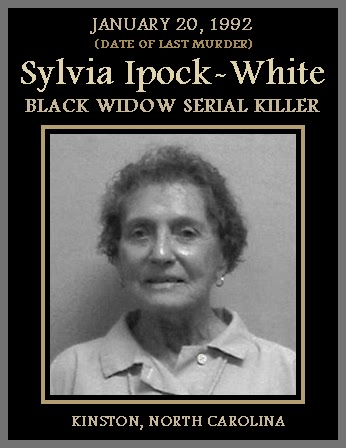 Billy Carlyle White, a Kinston, North Carolina insurance agent, was reported missing in 1992 by his wife, Sylvia Ipock-White. The local Crime Stoppers organization asked for the public's help with the killing. In response a caller offered two names. Investigation uncovered an elaborate conspiracy. For about a year, Ipock-White had been trying to get and James Lynwood Taylor to kill her husband. She said White beat her, among other things. Taylor eventually agreed to do the deed and enlisted yet another accomplice, bringing Ernest West Basden into the plan. The hit-team Taylor and Basden set up a meeting, with assistance of the victim’s wife, with their victim pretending to be interested in an insurance policy. Prior to the meeting, White stopped by a local hotel where his wife was attending a cosmetics convention. His body was later found on a road in Jones County (N. C.). Mr. White had been shot in the stomach with a shotgun. Mrs. White and her two agents three were arrested in connection to White's murder.

Basden was sentenced to death for actually pulling the trigger and was eventually executed in 2002. Taylor was sentenced to 30 years. Pleading to avoid the death penalty, Ipock-White received life in prison.

As a result of White's murder, a 1973 death in the family, of a four-year-old boy that had been ruled accidental was re-examined in a new light. Sylvia Ipock-White had delivered her stepson, Billy White, asphyxiated from dry cleaning plastic that, according to step-mom he had swallowed. Plastic was removed from the child’s throat, but he did not survive. Two decades after the “accident” the boy’s body was exhumed. The autopsy ruled the death a homicide. Sylvia was charged with his murder, was convicted and sentenced once again to life in prison.

Suzanne Barr, author of a book on Sylvia Ipock-White’s criminal career, "Fatal Kiss," (2005), believes she has  a total of three murders to her credit. Her first victim was husband #1, Mr. Ipock. He was shot to death in 1967 and the case was ruled a suicide. Yet, as Barr points out, some evidence in the case never added up. "He was right-handed, but the gun was in his left hand,” notes Barr, summing up her subject’s career, observing: "She got away with that," she added. "She killed three people." 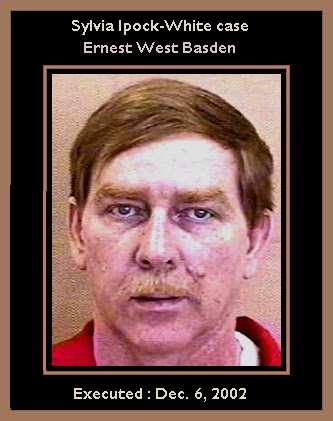 Ernest West Basden shot Billy White twice in a murder-for-hire scheme devised by co-conspirators James Lynwood Taylor, his nephew, and Sylvia Ipock White, the victim's wife. Taylor pretended to be a wealthy businessman wanting to buy insurance and lured White to a wooded rural area. Taylor and Basden drove to the designated spot and waited. When White arrived, Taylor got out of his car and introduced himself, then Basden got out of the car and picked up a twelve-gauge shotgun he had placed on the ground. Basden pointed the gun at Billy and pulled the trigger. The shotgun did not fire because Basden had not cocked the hammer back. Basden then cocked the hammer and fired. Billy was knocked to the ground. Basden removed the spent shell casing and loaded another shell into the shotgun. Basden then approached Billy, who was lying face up on the ground, and while standing over him, shot him again. As agreed, Taylor gave his cash-strapped uncle $300 for the killing. Both Taylor and Basden later confessed to their roles in the killing. Mrs. White is currently serving two consecutive life sentences. Taylor is serving a life sentence. [Clark County Prosecuting Attorney] 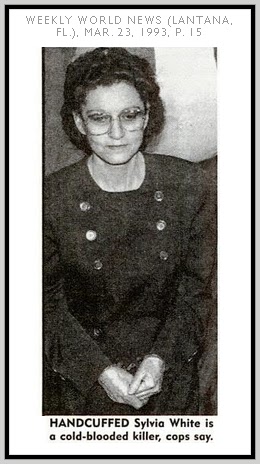 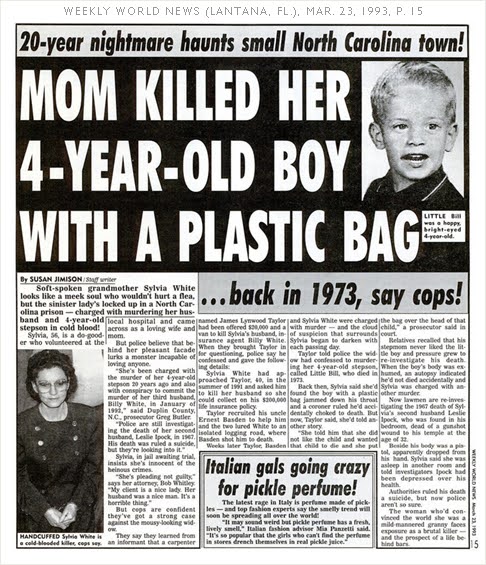 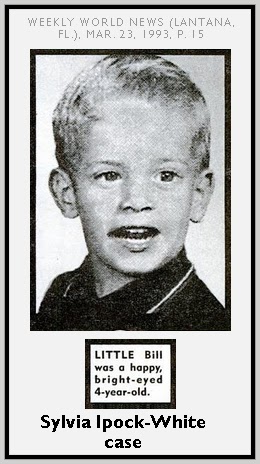 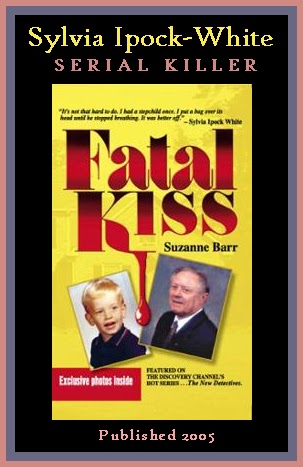 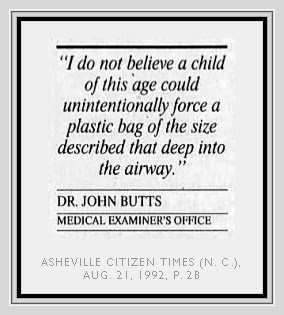 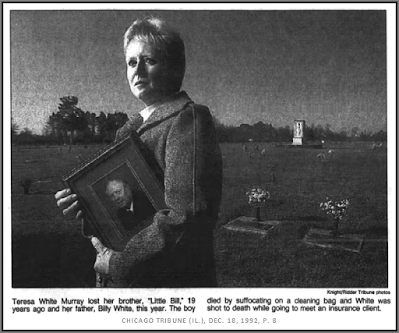 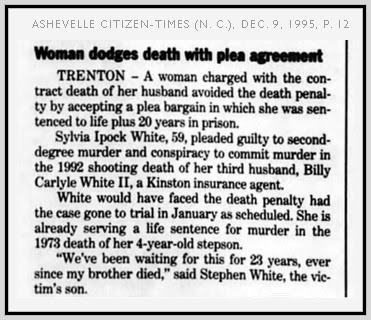 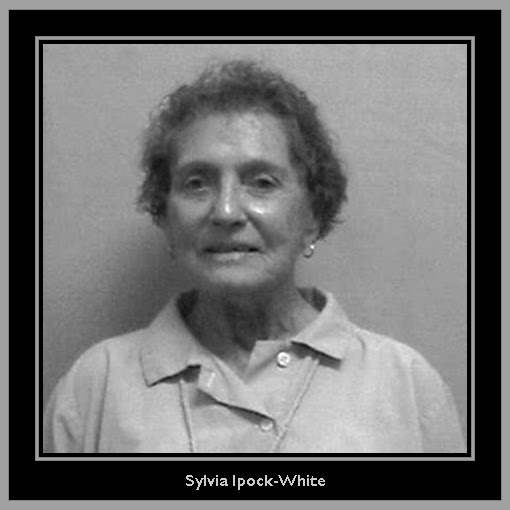 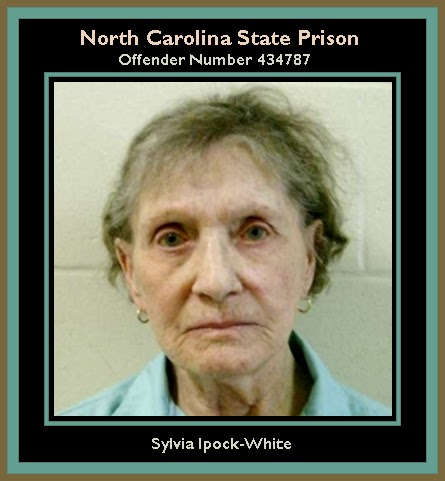 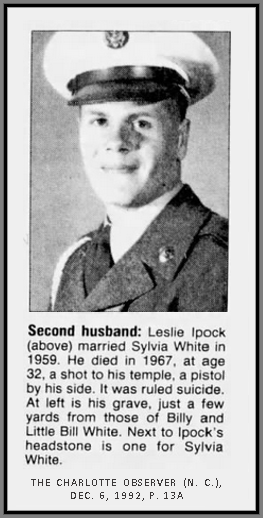 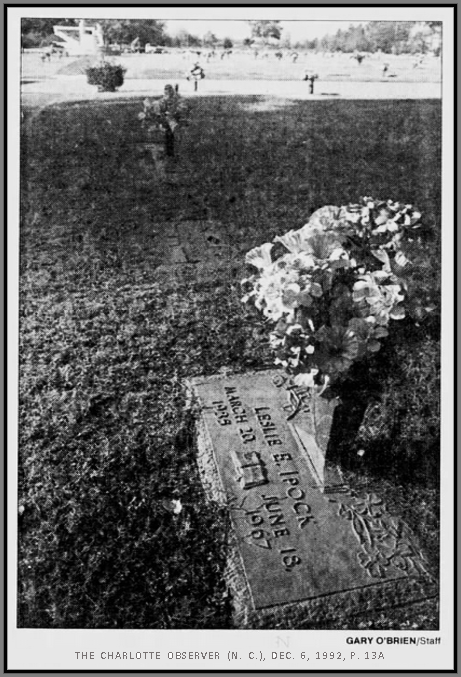 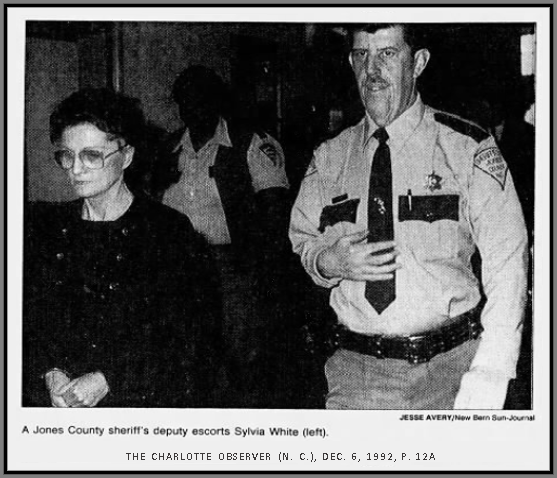 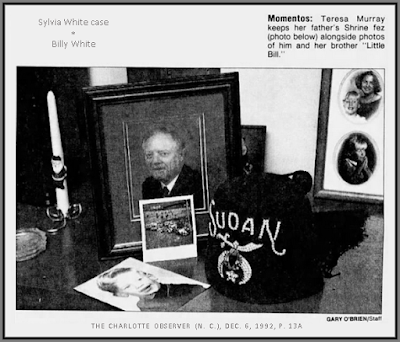