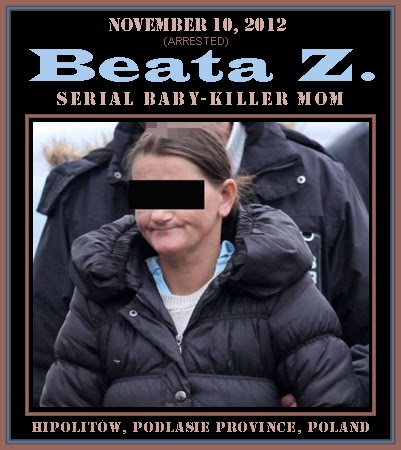 Hipolitów, Podlasie province, Poland – On November 10, 2012 Beata Z., 42, was arrested on suspicion of murdering five newborns – three boys and two girls – over a period of 12 years. Corpses were found at her farm in an attic, a cellar and in a stable. Beata pleaded innocent, asserting that she was not guilty of deliberate homicide but rather of merely failing to give assistance. Yet in Polish law there exists a legal obligation to look after the safety of a newborn child.

In May 2014 the court at Lomza disagreed, holding that she deliberately intended to cause the five deaths, finding her guilty and sentencing her to 25 years in prison. The prosecutor had sought a sentence of life in prison. The appeal court at Bialystock upheld this judgment on October 14, 2014. 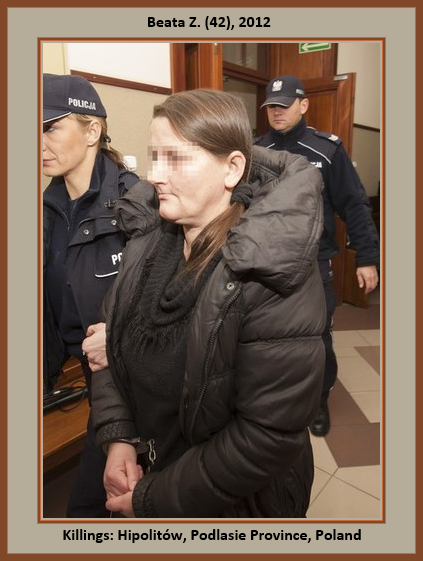 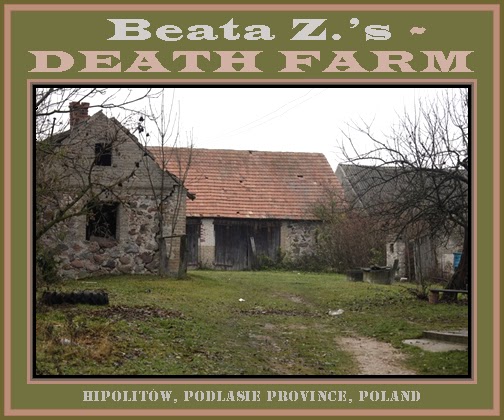