The Military Bride Bigamy Racket in 1945: Reported by Geraldine Smith FULL TEXT: In Newark, New Jersey, they’re suggesting that the Army ought to design a special ribbon for mothers-in-law. Newark is where the Office of Dependency Benefits functions. It’s the branch of the War Department that mails out 67 truckloads of allowance of allotment checks every day. The “first aid” to ODB’s investigating department is the mother-in-law.

Girls who marry servicemen just to get monthly dependency checks forget that for every husband they acquire, they get a mother-in-law, too. She is apt to be lynx-eyed.

“Don’t think the mothers don’t keep track of their boys,” an official of the ODB says, “and don’t think they’re going to keep quiet when they suspect the boys are sending allowances to women who don’t deserve them. It’s frequently the mother-in-law who informs us of such irregularities as bigamy. And the ODB has no record of any woman being acquitted after we have caused a charge of bigamy to be prosecuted against her.”

It is to the Federal Bureau of Investigated that the ODB turns when such serious charges as that of bigamy have to be investigated, and this was has produced a considerable quota of women who make a career of this crime.

There was, for example, the case of Mary Massengale, of Bowdon, Georgia, who was arrested in Atlanta on charges of unlawfully cashing Army allotment checks.Officials declare that she has five husbands, four of them kin service. Then there was the 19-year-old Wac private who collected one husband in the Navy and two in the Army. The FBI claims that a blonde on the West Coast married five sailor and two civilians. Recently sentenced to two years in Federal prison and fined $2000 in Korene Buckner of Michigan, who added three soldier spouses to her collection of eleven civilian husbands. She had managed to cash only one payment from her last soldier when the FBI caught her.

The polyandrous Wac is Julia Pearl Davis Steele, and the FBI says she had been absent without leave from Fort Des Moines since September 1. They also say that her history of marital adventures began a long time before she joined the Wac. At 15, Julia became the wife of Seaman James Clayton Steele of the Norfolk Navy Base.

That was in December, 1940. Eleven months later Julia switched her affections of the Army, marrying Corporal Frederick George Brown of Camp Berkeley, Texas. Corporal Brown was shipped overseas in May, 1942, and shortly thereafter Seaman Steele obtained a divorce. Eight months after that, still married to Corporal Brown, Julia went through the marriage ceremony again – this time with Army Private David Laub, at Augusta, Georgia. He was sent overseas.

Last April, Julia joined the Wac and was sent to Fort Des Moines for training, but vanished five months later. FBI agents found her, they said, living in New York with another man. The United States Attorney in Atlanta, who investigated the case, charged that Julia has collected $50 a month as the wife of Corporal Brown since June 1942, and an additional $50 a month since marrying Lamb.

Whether it was one of her mothers-in-law who pointed the finder disclosed. Nor does the FBI tell who tell who put them on the trail of Vilma Suberly, indicted in Sacramento on a charge of illegally obtaining $4600 in dependents’ allotments.

Not all cases that the OBD investigates, with the co-operation of the G-men, reveal deliberate violations of the law. In a number of them, fraud is found to be unintentional, as the women involved are found to have obtained mail-order divorces. In other cases, the woman has in fact received an interlocutory degree and has not understood that she wasn’t free to marry again until the decree became absolute.

Such women marry soldiers or sailors, telling them that they have been divorced. Then they apply for dependency benefits, believing that they are entitled to them.

“Then, too, don’t forget that we have 48 states with 48 different marriage laws,” the Office of Dependency Benefits spokesman says.

Some problems passed to the ODB by amateur aides don’t really belong to that harassed organization at all. Its officials protest that it’s none of their business if lonely wives quarrel with service husbands – as Sarah Willemson with Leo, her spouse in the South Pacific.

“I want to marry one of these native girls,” Leo wrote, enclosing a snapshot of himself with a girl in a grass skirt, “and become king of a certain island group.” Indignant, Sarah said she wanted neither Leo nor his allotment. Then several men, perfect strangers, who read about it, wrote Mrs. Willemson to say that the grass-skirted girl was just a professional model. It was all a gag, they claimed, and Leo was only fooling! 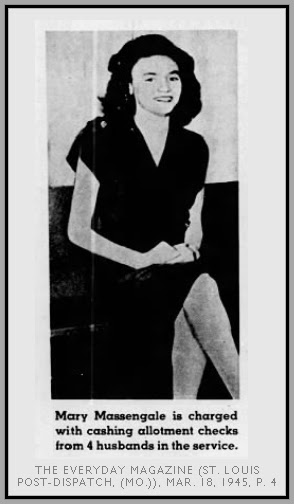 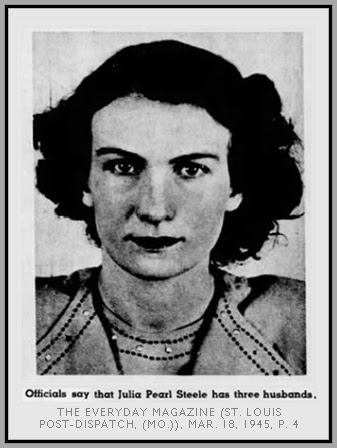 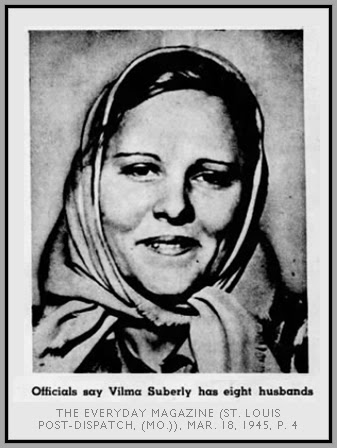 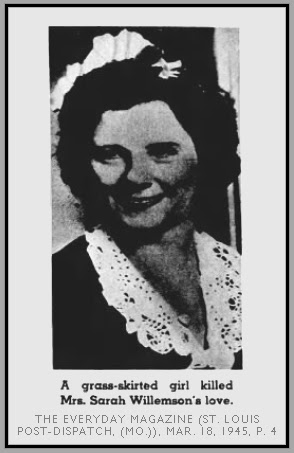