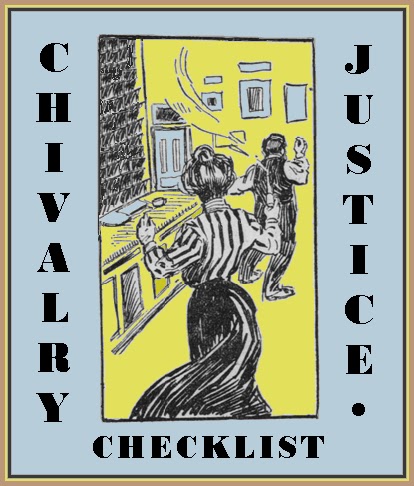 This post is an evidence resource for the serious myth-buster.

1912 – Chicago Murderesses Express Their Preference For All-Male Juries: Much Easier To Manipulate – 1912

1912 – 7 Murderesses Who Expressed Their Preference for All-Male Juries

1924 – She Served Only Five Years: Mrs. Myrtle Schaude, Who Poisoned Her Husband and Her Four Children

1929 – “Frenzied Wails of  Murderesses in the Shadow of the Guillotine”: Chivalry Justice in 1929 France