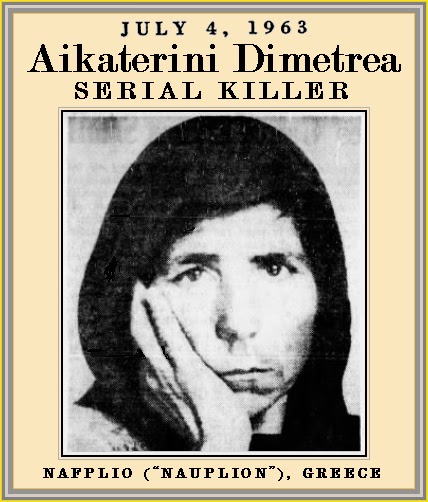 FULL TEXT (Article 1 of 3): Nauplion, Greece – A Greek woman has been sentenced to death four times for murdering her aged mother, her brother and two other close relatives.

The prosecutor in this Peloponnesian town alleged that the woman, Ekaterini Dimetrea, intended to poison the entire village.”

“She hated everybody,” one witness said.

The announcement of the four death sentences – one for each victim – was greeted in the criminal court here with shouts of “bravo.”

No one testified in defense of the 40-year-old “monster,” as the prosecution called her.

From May to September last year, she poisoned her 80-year-old widowed mother, brother, aunt and five-year-old nephew.

In addition to the quadruple death sentence, she was given the 15-year sentence for attempting to poison a four-year-old girl.

The court listened in stunned silence as the murderess told how she poisoned her victims with an insecticide which she had put in their food and coffee.

Ekaterini said she had tried to poison her brother once before, but did not use enough to kill him. So she tried again and succeeded, just 10 days after he returned home from the hospital.

The murderess, dressed in black and her head shrouded in her shawl, looked indifferent as the verdict was announced. In 1963 Aikeratini Dimitrea was sentenced to death for poisoning her 78-year-old mother, her aunt, her brother and her 5-year-old nephew by putting insecticide in their food or coffee.

Police said she was impassive as the end came, saying only: “I repent what I have done.”

She told the court she wanted revenge on her family because they wanted to get rid of her after she was abandoned by her husband.

Aikaterini Dimitrea had been sentenced to death in 1963 for killing her mother, her brother, her aunt and her 5-year-old cousin with insecticide.

The execution took place at Goudi, the Athens execution site, in the presence of judicial authorities. 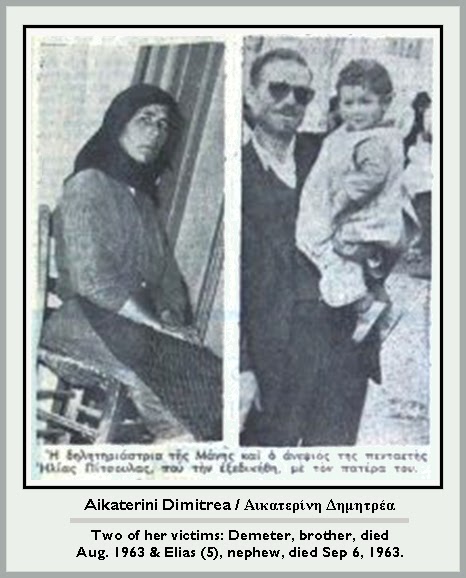 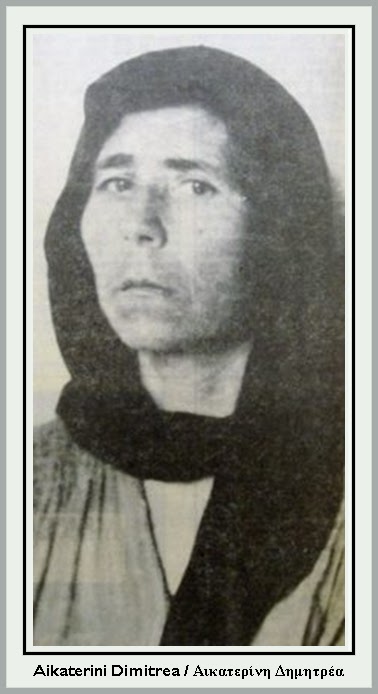 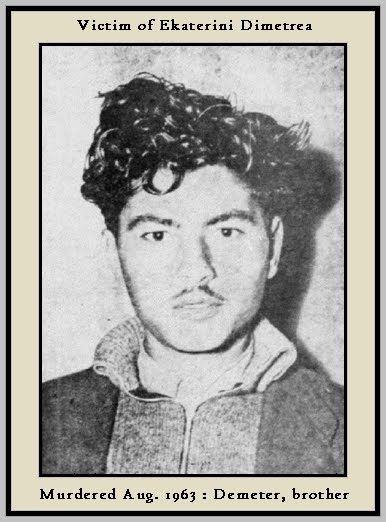 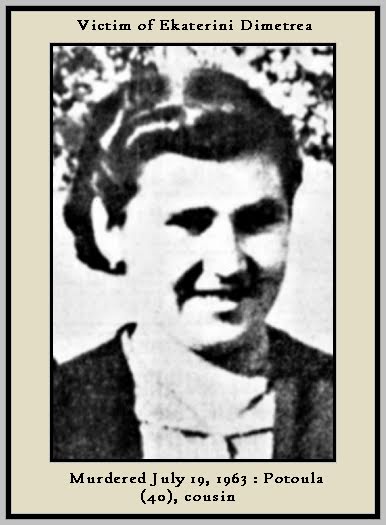 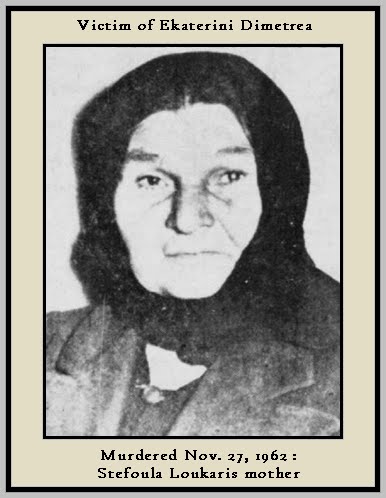 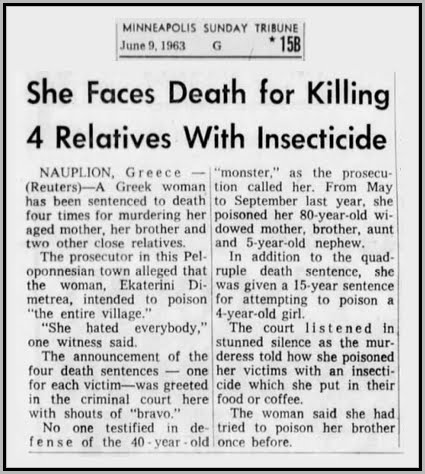 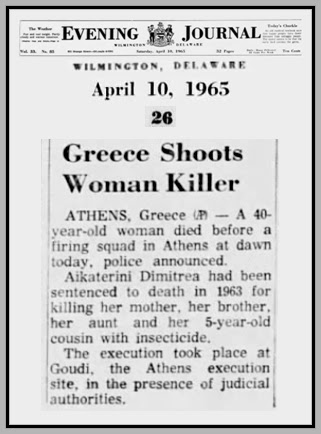 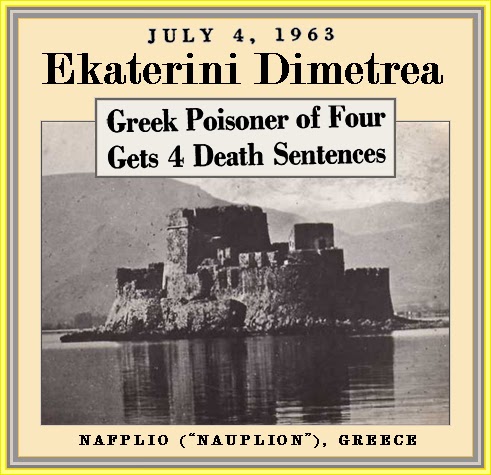