Parental Alienation and the Law in 1972 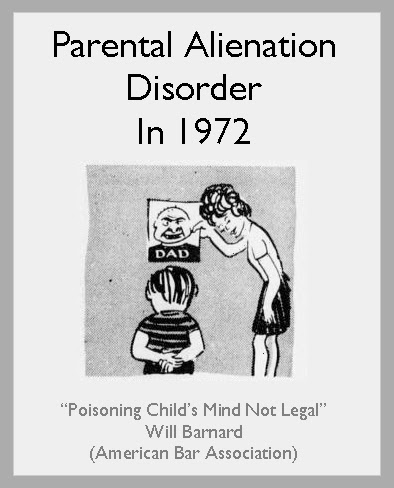 This article was very widely syndicated across the US.

FULL TEXT: “Your father is a mean, nasty man. Stay away from him or he will whip you with a great big strap.”

Laura, recently divorced, kept drumming this warning into her five-year-old son. She had been given custody of the child at the time of the divorce, and she meant to tighten her grip on him by any and all means.

Actually, her ex-husband was devoted to the boy. When he found out about Laura’s tactics, he haled [sic] her into court. The judge took the matter so seriously that he changed the custody order, transferring the boy from his mother to his father.

As a general rule, the law condemns efforts by one divorced parent to poison the mind of the child against the other. It condemns implanting in his tender mind the seeds of hate and the cankerous beginnings of malice toward those whom he should cherish.”

Likewise, the law frowns on the use of the child as a pawn in financial bargaining. For example:

A divorcee constantly belittled her ex-husband to their small daughter. But she also let him know that she would stop as soon as he agreed to a large cash settlement.

Again, a court denounced her tactics and switched custody from mother to father. The  court said she had no right to use the child as a kind of blackmail weapon for her own benefit.

Of course, in these highly emotional situations, it may be difficult for a court to separate fact from fiction. As a result, judges sometimes fall back on solutions that are admittedly less than perfect.

In another case, at the time of the divorce, custody of a child had been divided between husband and wife. Later, in a court hearing, each accused the other of “poisoning the child’s mind against me.”

After due deliberation, the court decided to leave custody just as it was – divided. Even though this meant exposing the child to parental crossfire, the court said at least it save each parent “equal time” to defend his character. 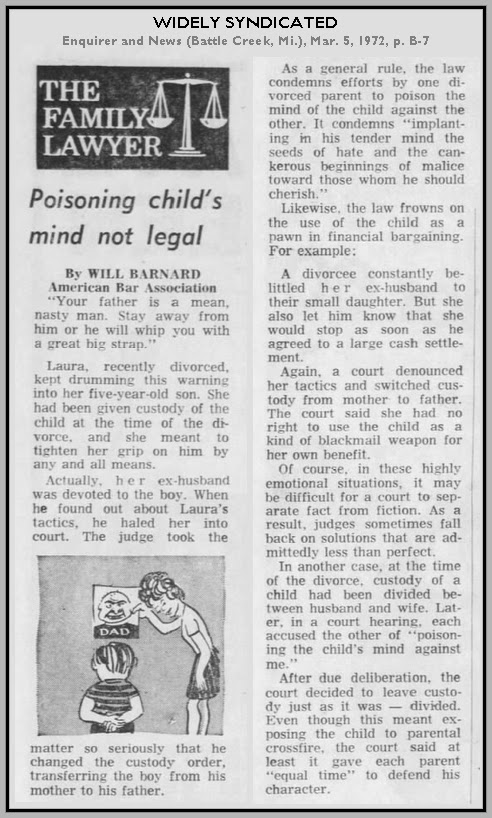