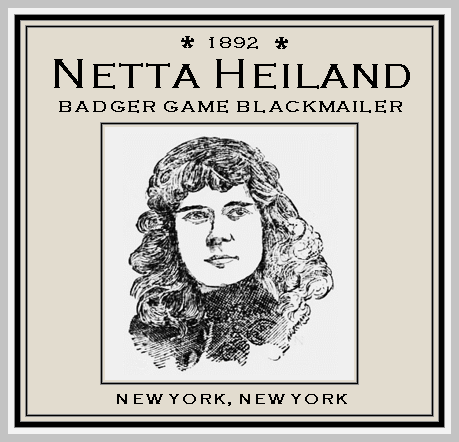 FULL TEXT:  New York is just now enjoying the details of a rare case of blackmail in which one of her most respected citizens appears to be the victim.

The history of the time is dotted with strange instances of blackmail being levied upon men whose wealth or position makes them shining marks tor designing and clever rogues, but this case seem to have some features out of the ordinary.

Nearly every one of the California millionaires have in turn been subjected to blackmailing schemes by designing women. Living in an atmosphere of license, they were assailed at the weakest point, and it would be strange indeed if some of them were not occasionally trapped. The man who is at all times proof against every passion of his nature has not yet been born.

Even the late merchant prince, Alexander T. Stewart, cold and correct as he was, became the target for the shaft of the female blackmailing archer.

Of all the influences that sway mankind none is so strong as the influence of sex. It dominates all others. It is knowledge of this influence of the actions – God given and proper when under control – that makes the professional blackmailer fish for men’s fortunes and their souls, and the bait is always a woman.

Charles Broadway Rouss is a unique figure in New York commercial life. Making no claim to the advantages of birth or education, he is a natural man, with the faults and foibles of a natural man.

But he has also the virtues of a strong and manly character. He has never been accused of being a hypocrite and he is not afraid of hard work. It is by the hardest of hard work and the greatest application that he has accumulated the fortune, a large slice of which Bridget Reilly’s advisors are now anxious to transfer to their own coffers.

Bridget came over from Ireland a year or so ago. She was pretty, with dark eyes and raven tresses, and was soon employed by Netta Heiland, Mr. Rouss’ pretty housekeeper. Now Bridget wants the modest sum of $50,000 in payment for the injury done her name by Rouss. The New York police say that it is impossible that this bold scheme could have originated in the simple brain of the raw emigrant girl, to whom a few hundred dollars a few weeks ago would have seemed a competency. But there are designing men and women in New York, both in and out of the legal profession, and the slightest slip is seized on as a peg to hang a suit upon, if the proposed victim is but big enough game. And so Bridget is advised her friends that the merchant can be squeezed to the tune of $50,000. How much of this large sum the girl would receive, supposing the lego-squeezing process to be successful, is a problem that would require a very astute philosopher to solve.

Mr. Rouss’ case is simply this: His housekeeper employed a comely and lively emigrant girl as domestic in the household. The girl from time to time put herself in the merchant’s way, and he was in the habit of giving her small presents of money he was overcome by the blandishments of the too willing daughter of Eve, who omitted the time honored formula of “swearing she would ne’er consent.” He is not hypocrite enough to claim that he acted the part of Joseph, but he was liberal to the girl in the matter of money.

She presented herself at his store last December, scarcely half clad, and invoked his assistance. She stated that Mr. Rouss’ housekeeper had quarreled with her and turned her out after locking up her clothes. In sympathy for tier condition he save her more money and she found lodgment where, at her request, he visited her.

The girl afterwards became a confidant of the housekeeper, whose part in the whole scheme will probably be exploited at the trial. It might seem like a mixing of metaphor to refer to a woman as the Ethiopian in the wood pile, yet the facts in the case point to a conclusion, and the trial may uncover the greatest nest of organized blackmailers in this or any other country with Netta Heiland as a leading figure among them. 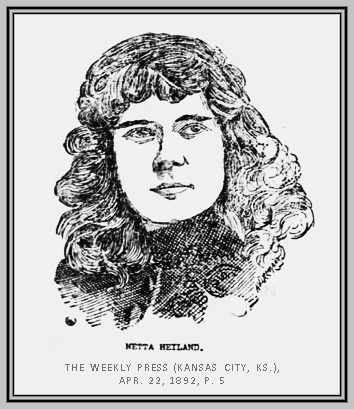 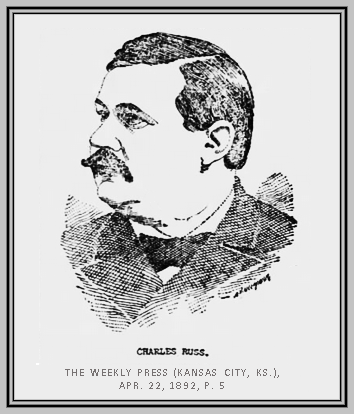