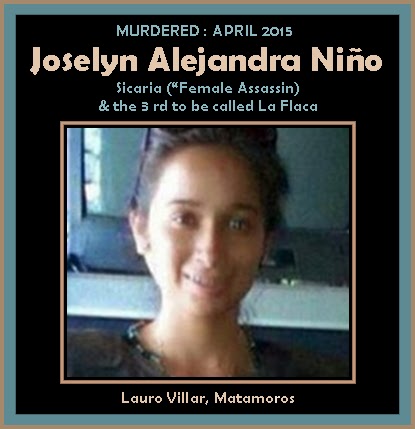 There have been three female Mexican cartel assassins (sicarias) nicknamed La Flaca (or La Flaka), a moniker associated with the Santeria figure, Santa Muerte, a female spirit of death popular with cartels.

Joselyn Alejandra Niño is the third sicaria (assassin) to be known by the nickname La Flaca (The Skinny One), the others being Veronica Mireya Moreno Carreon of San Nicolas de los Garza and Nancy Manriquez Quintanar of Ecatepec.

In April 2015 her dismembered remains were found in a beer cooler stowed in an abandoned truck left in a parking lot in Lauro Villar, Matamoros. Two other bodies were in the truck. The killers posted a photo of the corpses on Twitter with the warning: "It will happen to all the filthy who want to support Cyclones.”

Andrew Chesnut, professor of religious studies at Virginia Commonwealth University, and author of a book on the cult of Santa Muerte and its link to drug cartels, has stated that:

“Since 2007, when former president Felipe Calderón escalated the drug war, there has been a phenomenal growth in female assassins or ‘sicarias’, who can often operate more stealthily than their male counterparts. Many, like Joselyn, are recruited by the cartels for their girlish good looks. The idea being that rival syndicates and law enforcement wouldn't imagine that a waifish 'skinny girl' would be a contract killer. 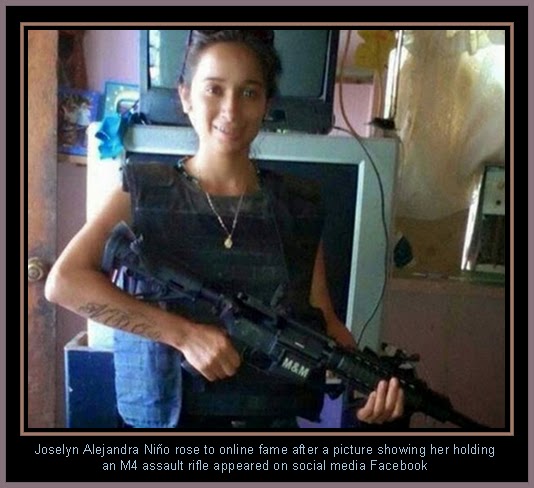