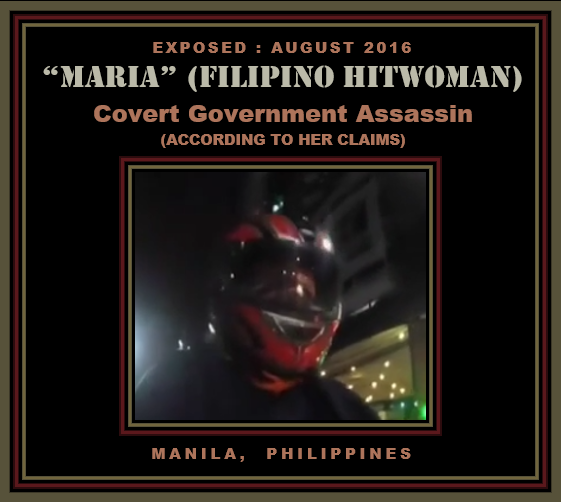 In August 2016 a married mother called by the pseudonym Maria by the press came forth and admitted to a BBC journalist on videotape that she was a contract assassin who had murdered six persons in Manila as a covert agent for President Rodrigo Duterte’s war on drug cartels. She said she received orders and payments of £330 from a police officer. She was recruited into the killer-for-hire business by her husband, who is also a hired killer. She said she belonged to a team of three hitwomen.

Maria explained that female killers were especially “valued because they were able to get close to targets that men could not.” She confessed to a reporter that “If it was up to me, I really don't want to do it any longer. But my boss told us that if one of us tries to leave, we would be killed.”

On September 3rd Senior Supt. Dionardo Carlos of the Philippine National Police issued an official statement that the story was unverified. “PNP Chief Director General Ronald dela Rosa said during Thursday’s Senate hearing on the spate of “drug killings” that as of Aug. 31, the PNP has officially tallied 929 suspects killed in police antinarcotics operations since July 1. But the tally for drugs suspects killed by unidentified gunmen – usually marked by cardboard signages identifying them as drugs personalities – tend to be more indeterminate, precisely because the perpetrators and their motives are officially unknown.” [PDI, Sep. 3, 2016]

During Duterte’s campaign for president he promised to kill 100,000 criminals in his first six months in office. 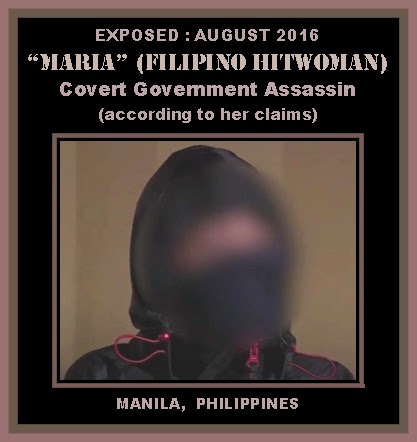