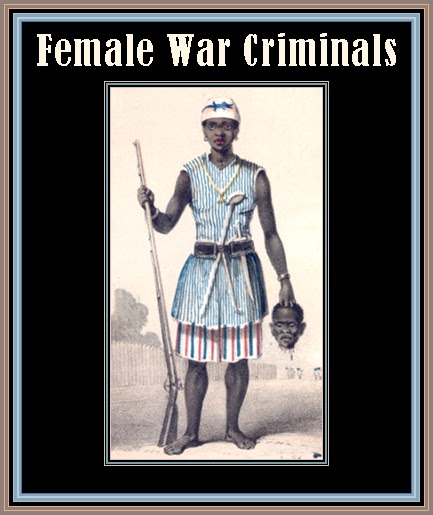 This is not a complete list, by any means. It attempts, however, to be more diverse than the typical list of female war criminals. There are many more German National Socialist Workers Party female war criminals than are listed here. Because Germany was defeated at war it was possible to conduct full investigation into war crimes. Such is not the case for Communist regimes such as People’s Republic of China, Soviet Union, North Korea and others, where archives have not accessible.