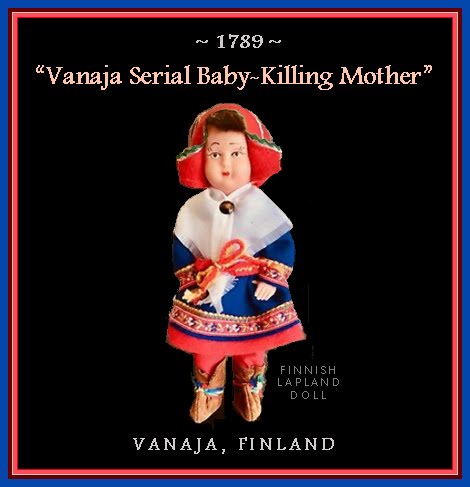 An unmarried 32-year-old maid in the parish of Vanaja in central Finland confessed to having killed three newborns between 1784 and 1789 and was sentenced to death for the only provable case, the last murder. The remains of the first victim had already been found in 1784, badly savaged by wild animals. The cas was brought to court on the evidence of an infant cranium and attributed to a crofter’s [farmer’s] wife, but all charges against her were soon dropped as groundless. The second infanticide was reported to the Crown by the accused’s mother, whose only evidence consisted of suspicious marks of blood in the sauna, […]. The father of all three illegitimate infants was the younger son of a farmer, who later made a career as a soldier. It is clear that this couple had no money to marry, and therefore disposed of the ‘fruits of their love.’ (Vanaja and Janakkala Court of Assizes, 23 July 1789: § 53, 54).

A croft is a small fenced-in area used for farming.