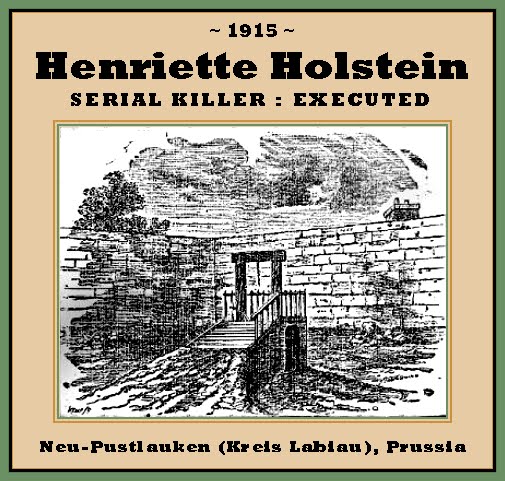 FULL TEXT: Königsberg i. Pr., 9th December. - The landowner's wife Henriette Holstein in Neu-Pustlauken (Labiau district) has been sentenced to death for murder, committed by arsenic poisoning, of her first husband, his eleven-year-old daughter and the ten-year-old stepson. The motive of the deeds was greed.

FULL TEXT: Königsberg (Prussia), 17 May. – The proprietor's wife Henriette Holstein from Pustlauk, Labiau district, was executed at the the local court prison. On December 10, 1915 she was convicted of threefold poisoning, committed on her first husband,  Christian Schapp, her eleven-year-old daughter Amanda Schapp and her ten-year-old stepson Hans Holstein. She poisoned her husband so she could marry another. The children were poisoned for their inheritance. She was sentenced to death. An hour before her final walk, the poisoner made a full confession. 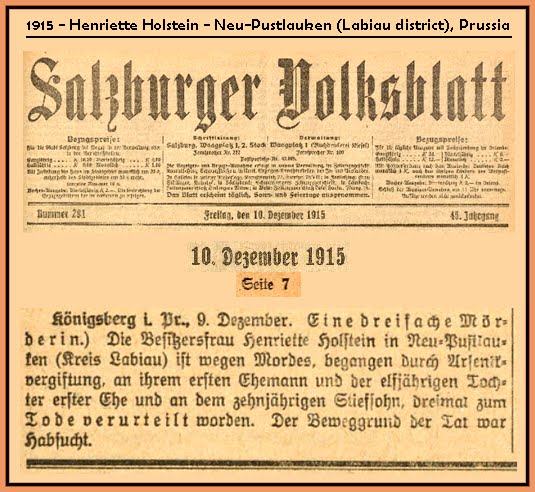 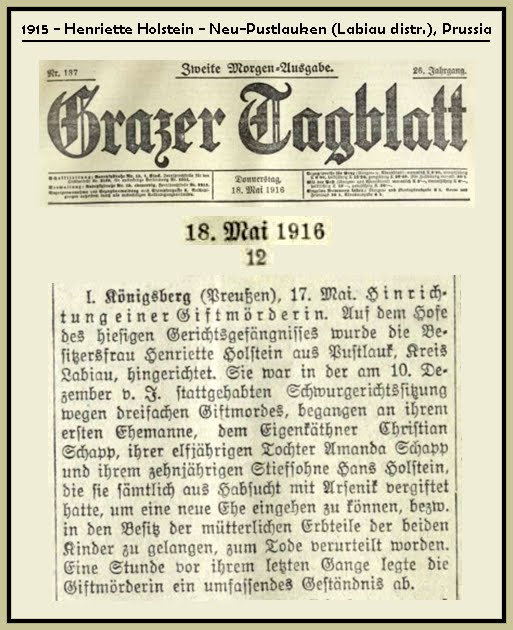