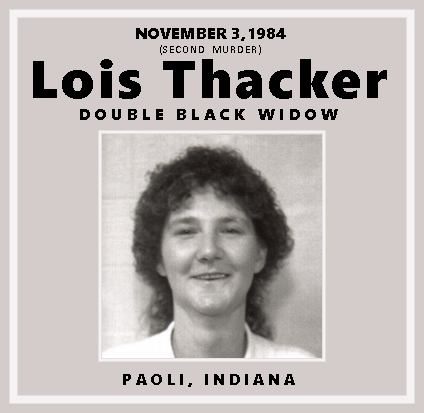 FULL TEXT: Paoli, Ind. – Authorities charged a woman during the weekend in the ambush killing of her second husband and reopened an investigation of her first husband’s death.

Orange County Prosecutor Darrell Ellis said Sunday that authorities have new information that could lead to a new suspect in the 1983 shotgun-slaying of Phillip Huff, 29.

At the time, Huff’s wife, now Lois A. Thacker, 26, admitted she killed him with a deer slug through the heart but a grand jury declined to charge her, deciding she acted in self-defence.

The new information came out in investigating the slaying of John E. Thacker, 31, who also was killed with deer slugs fired from a 12-guage shotgun.

***
FULL TEXT: Jasper, Ind. – A jury returns today to decide whether to recommend the death penalty for a Paoli woman it convicted of arranging the murder of her husband for $134,000 insurance.

Six other people were charged with aiding in the plot against John Thacker, 31, killed with two shotgun blasts in an ambush on a rural road near his home last Nov. 3.

Hart, 34, and Charles Music, 17, are awaiting trial on murder charges. The others were accused of lesser crimes.

Mrs. Music, 46, is awaiting trial on charges of assisting a criminal.

Ellis said three women charged along with Mrs. Thacker were accused of helping conceal the crime.

The trial was moved to Dubois County because of publicity in Orange County, where Thacker was killed.

It was the first murder trial in Dubois County since 1977.

Orange County Prosecutor Darrell Ellis said before the trial he has reopened an investigation into the 1983 death of Mr. Thacker’s first husband, Phillip Huff, whom she cliumed to have shot in self-defense. 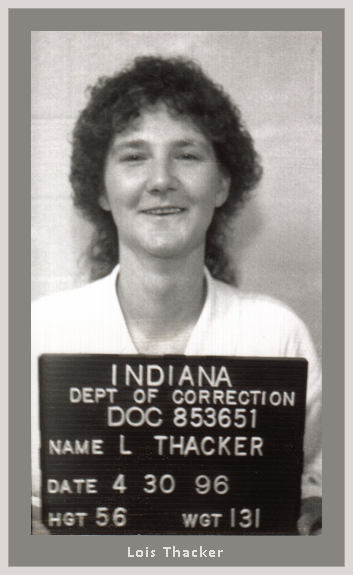 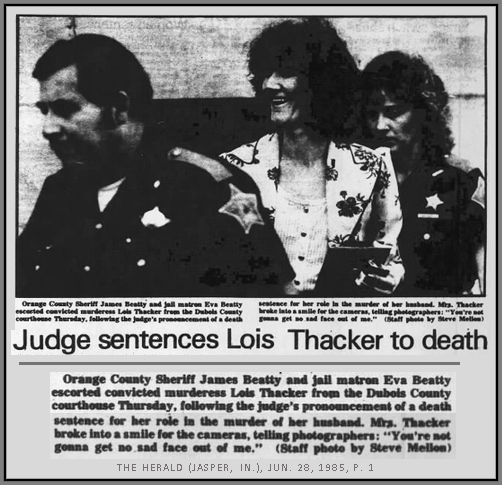 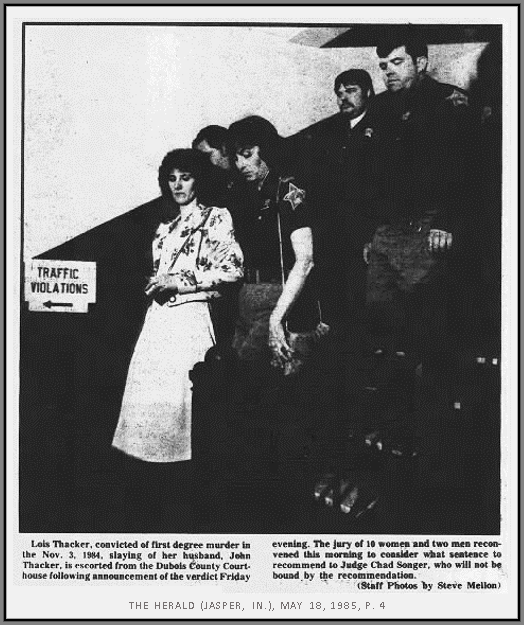 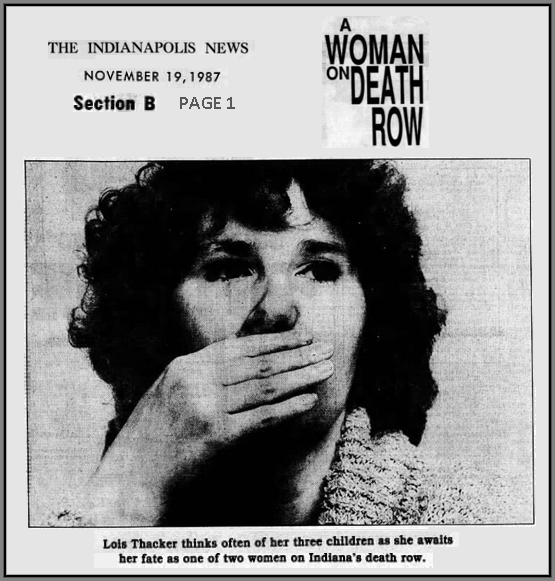 ***
For links to other cases of woman who murdered 2 or more husbands (or paramours), see Black Widow Serial Killers.