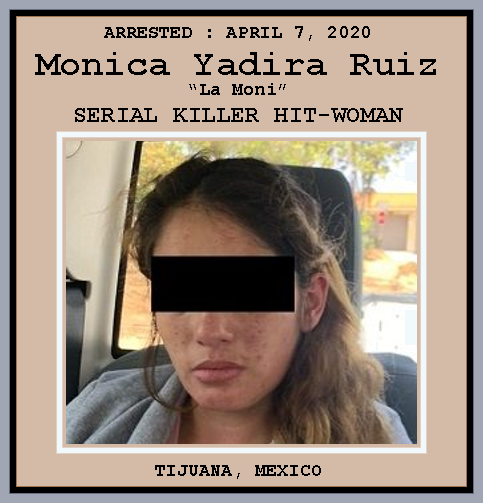 During a police raid in Colonia Miramar in Tijuana, Mexico on April 7, 2020, Monica Yadira Ruiz, a.k.a. “La Moni,” alleged assassin for the Sinaloa Cartel, was arrested. “Ruiz was wanted in connection with several murders including a double-homicide last July where the victims were shot and killed on a Tijuana street.” She was held in a Tijuana jail pending transfer to Mexico City. 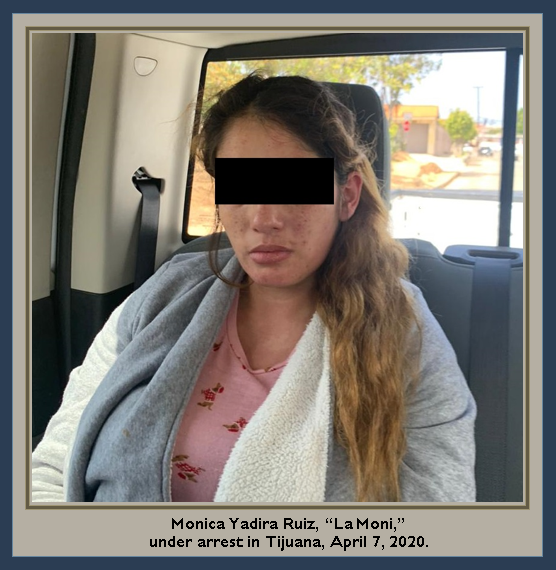