FULL TEXT: Paris, Oct. 12. – A beautiful maniac is chief executioner for the Bolsheviki, according to French prisoners returning here today.

The girl, described as a Lettish [Latvian] beauty with raven tresses and burning black eyes, kills her victims with a revolver, shooting them in the back of the head.

The French prisoners were repatriated after having spent a term in Buirki prison in Moscow. That institution, they said, was filled with 3,000 men from all ranks.

Prisoners, they asserted, were killed without trial. 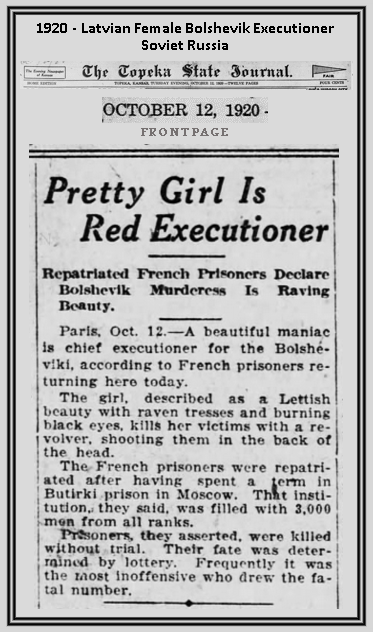