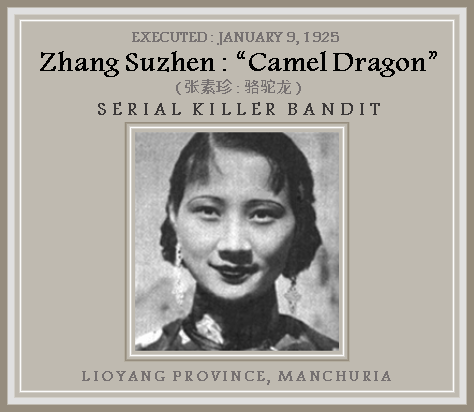 Zhang Suzhen’s statement before her execution on Jan. 9, 1925:

"My name is Zhang Suzhen, and Camel Dragon is my nickname. I am 25 years old this year. I am from Liaoyang County in Fengtian County. I was 19 years old. Dalong spent 3,000 yuan to redeem my body. So he was a bandit with Dalong for six years and died. I don't know thousands of people under me. A girl who can cross hundreds of miles and fight against the officers and soldiers, finally showed his face. Today, I will take you to send me away again, thank you!" [“In the Republic of China, Zhang Suzhen, the brilliant bandit, did all the evil and did nothing, why Zhang Zuolin couldn't ask for it,” Minn News, Oct. 31, 2021]

During the early years of the Japanese occupation of Manchuria in Northeast China (1920s-1930s), Zhang Suzhen, who would become famous as bandit queen, “Camel Dragon,” a famous Chinese female bandit whose real name was had been living in poverty in the countryside.  She was unusually beautiful and at the age of sixteen she eloped with a man and ran to Changchun. Unexpectedly, this man didn’t want to live with her, but sold her to a brothel.

The bandit leader, Wang Dalong, took a fancy to her and took her to his bandit den. He trained his mistress in the arts of banditry and joined his gang in their robberies, which frequently involved murdering the victims.

Her reputation was that of a “Robin Hood” figure. Because she was born in poverty, she never robbed the poor. She was offended by the Japanese bullying of the common people, and set out to avenge them.  Common people admired her and her fame increased. At the peak of her career as a bandit leader, there were two or three thousand men under her.

In the end, the Japanese put pressure on Zhang Zuolin's Fengtian government and Zhang Suzhen was arrested. Zhang Zuolin, the "Young Marshal," effective ruler of Northeast China, arranged to meet with “Camel Dragon” before her execution.

[Based on sources (English language headings presented as found): “Directly attack the real appearance of modern criminals, picture 3 is a female bandit arrested for killing devils, picture 5 is Liu Heiqi, a giant from seven provinces,” DayDayNews (People’s Republic of China), Jun. 28, 2020; “The legendary female bandit leader of the Northeast. At its peak, there were two or three thousand men under her. After being arrested, Zhang Xueliang wanted to see her,” DayDayNews (People’s Republic of China), Aug. 8, 2020]

Wikipedia: The Fengtian clique (simplified Chinese: 奉系军阀; traditional Chinese: 奉系軍閥; pinyin: Fèngxì Jūnfá) was one of several opposing military factions that constituted the early Republic of China during its Warlord Era. It was named after Fengtian Province (now Liaoning), and operated from a territorial base comprising the three northeastern provinces that made up Manchuria. Warlord Zhang Zuolin, known as the "Old Marshal," led the clique with support from Japan.

Wikipedia: Zhang Xueliang (Chinese: 張學良, 3 June 1901– 15 October 2001), formerly and still occasionally romanized as Chang Hsueh-liang, nicknamed the "Young Marshal" (少帥), known in his later life as Peter H. L. Chang, was the effective ruler of Northeast China and much of northern China after the assassination of his father, Zhang Zuolin (the "Old Marshal"), by the Japanese on 4 June 1928. He was an instigator of the 1936 Xi'an Incident, in which Chiang Kai-shek, the leader of China's ruling party, was arrested in order to force him to enter into a truce with the insurgent Chinese Communist Party and form a united front against Japan, which had occupied Manchuria. As a result, he spent over 50 years under house arrest, first in mainland China and then in Taiwan. He is regarded by the Chinese Communist Party as a patriotic hero for his role in the Xi'an Incident. He was also known for having an affair with Edda Mussolini.

EXCERPT: This female bandit leader is the famous female bandit in Northeast China, Camel Dragon. Many stories about Camel Dragon have been adapted into novels, movies, TV series, etc. For example, two volumes of "Shooting the Female Bandit Camel Dragon" were published in the Republic of China. The movie "Legend of Camel Dragon" was filmed in Hong Kong, and the TV series " "Fireworks Female Camel Dragon.” Of course, the plot in the film and television drama is very different from the facts recorded in some files. [Northeast bandits let Zhang Xueliang pay attention? Which female bandit story is in “The Firework Dragon“? DayDay News (KK  Newsk  Cocos (Keeling) Islands, an Australian territory), Nov. 4, 2019]

1919 –  Wang Futang, the bandit leader who claimed to be the “Benevolent Army” newspapers called “Great Dragon”, was ransomed and relocated to Yazhai.

Spring 1923 – Dalong led his troops to attack the Ji’s compound in Ranshishan Mountain, Dehui Wanbao Town, and was killed by the Changchun County Security Team.

In 1924, the Zhang Suzhen gang was defeated by the government. After losing the gang, she returned to her original starting point, the brothel. [Minn News, Oct. 31, 2021]

Jan. 9, 1925 – Zhang Suzhen (25) executed. Before execution, Camel Dragon was wearing a purple-bottomed and white-flowered cloak and a black velvet cap. On the day of execution, the execution ground was crowded with thousands of people, and the residents of the city and people from five townships and eight counties crowded the wide official roads.

Based on: [Northeast bandits let Zhang Xueliang pay attention? Which female bandit story is in “The Firework Dragon“? DayDay News (KK  Newsk  Cocos (Keeling) Islands, an Australian territory), Nov. 4, 2019]; [“In the Republic of China, Zhang Suzhen, the brilliant bandit, did all the evil and did nothing, why Zhang Zuolin couldn't ask for it,” Minn News, Oct. 31, 2021] 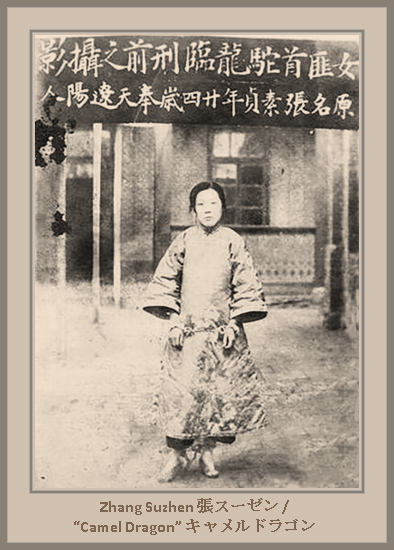 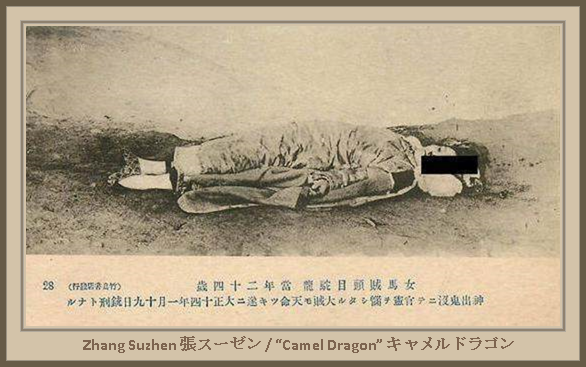 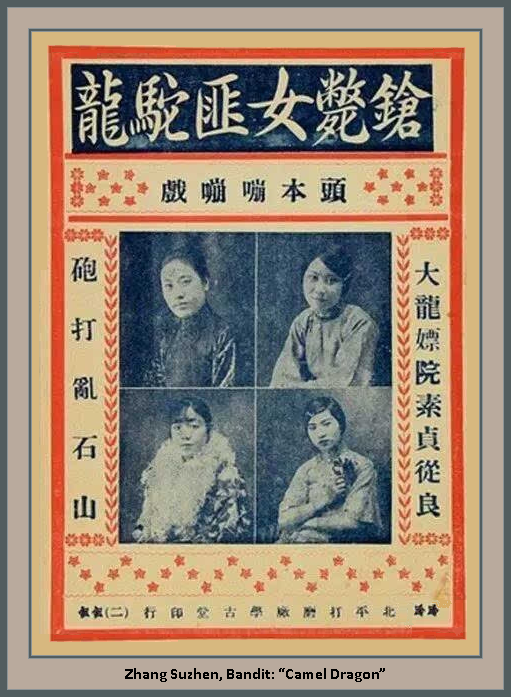 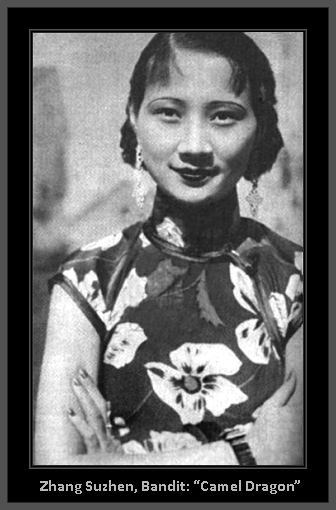 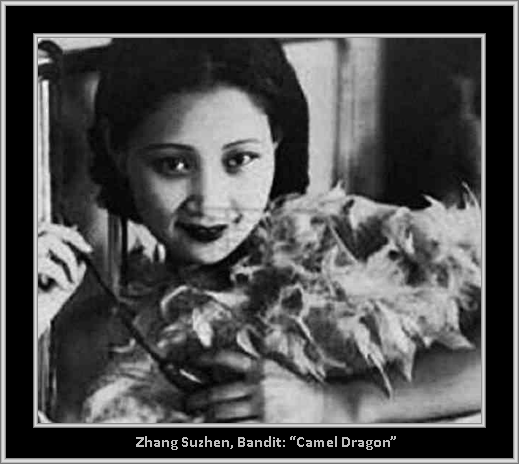 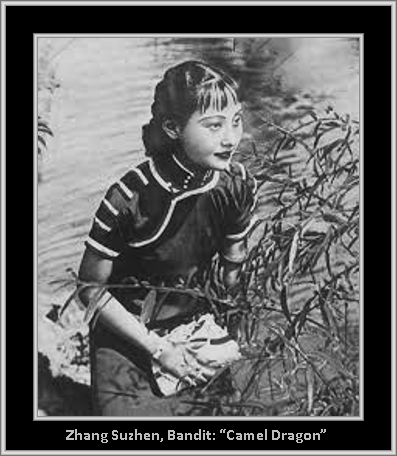 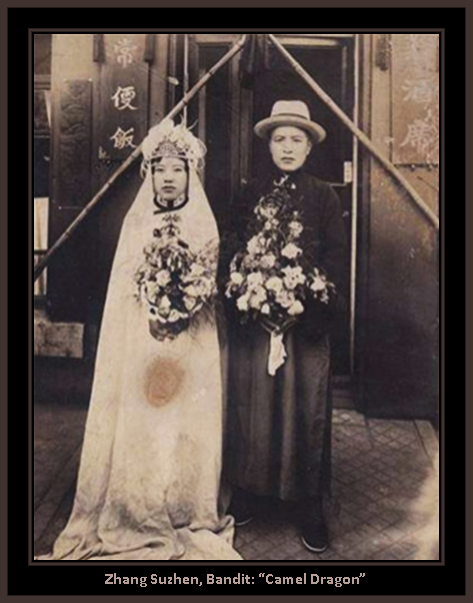 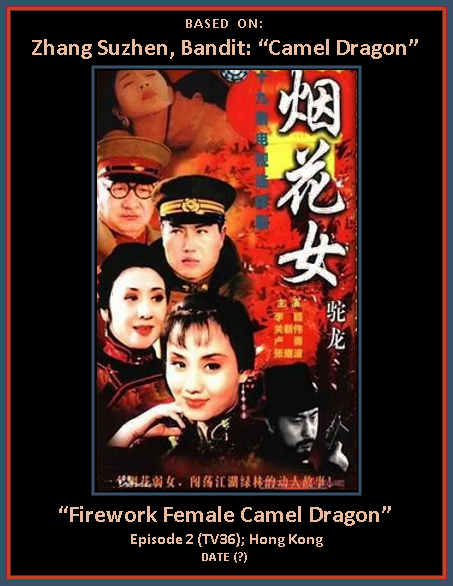 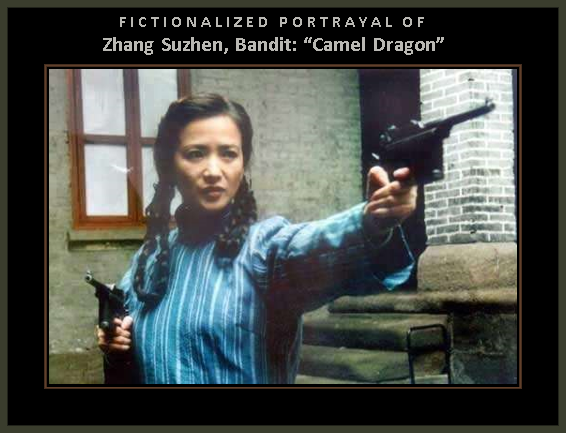 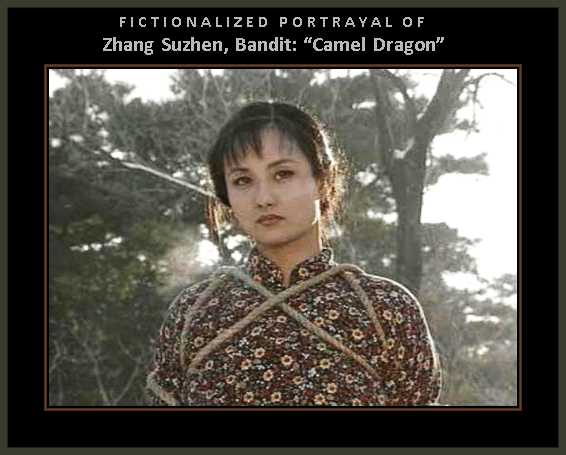 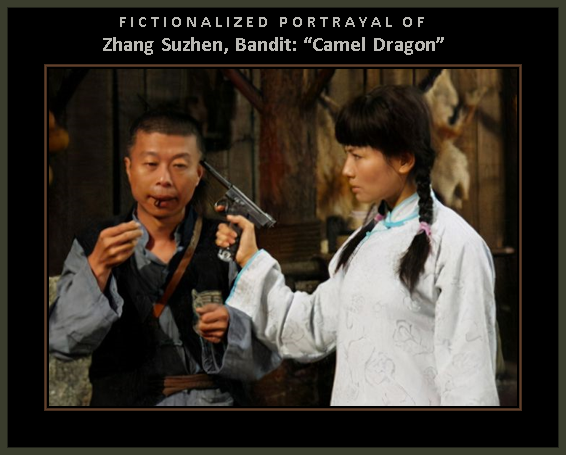