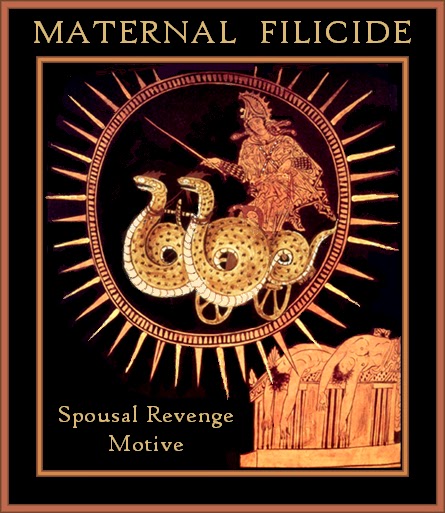 This is a preliminary selection. Post-1974 cases will be added at a later date along with a critique of several examples misandric scholarship on the subject which make false claims: scholarship produced with an aim to increase government control of parenting by introducing sweeping new policies.

Click on Date - Name to see full article on each case

1888 – Micsik – “I have had eight children and have killed them all. … They were all previously baptised. I did not want any children. My husband knew nothing of what I had done. I lived on bad terms with him, and wanted to vex him.”

1920 – Marino – “There’s your daughter.” (after throwing the child under a moving automobile)

►►►NOT YET POSTED ON UHoM

►2005 – Giovanni – USA – obsessed with victim status, self-published an incoherent handbook on how to use restraining orders

►2010 – Pritiviraj / Silvia – USA – “She made clear that she threw her baby in to the freezing river in order to get back at her husband.”

►2010 – Riggi – Scotland – When she learned that he expected “full access” she told him to ‘Say goodbye then.’ He never saw them alive again