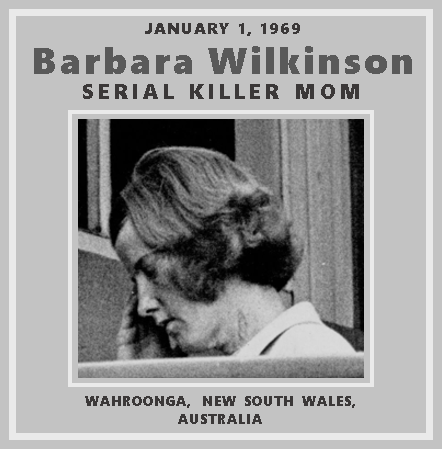 FULL TEXT (Article 1 of 3): Gosford, Tuesday. — Gosford Petty Sessions was told today that a woman admitted having killed her six new-born babies and disposed of their bodies between 1961 and 1968 without the knowledge of her husband.

Before the court was Barbara Wilkinson, 29, formerly of Central Man grove, who was charged with having murdered the babies at Wahroonga, Brooklyn, Enfield and Central Mangrove.

She was charged also with having wilfully concealed the birth of the babies by disposing of their bodies.

Detective-Sergeant William Thomas Holmes, of Gosford, said Wilkinson had admitted having had six babies and killed them all.

She had told him her husband knew she was pregnant twice, but on the other occasions she had told him she had fluid on the stomach and be had believed her.

Wilkinson had shown police the shallow graves of three babies at Central Man grove, and had indicated others at Brooklyn and Gunderman.

Holmes tendered a record of interview in which Wilkinson admitted killing and burying six babies between October, 1961, and November, 1968.

The record said she had first become pregnant while working at the Home of Peace Hospital, Wahroonga. She had given birth to a baby in the hospital bath room on October 31, 1961, her fiance’s 21st birthday.

The hearing was adjourned till tomorrow.

FULL TEXT (Article 2 of 3): Sydney, Tuesday. — A 29-year-old woman had murdered six children to which she had given birth in seven years, a Crown prosecutor alleged in the Central Criminal Court today.

Mrs Wilkinson pleaded not guilty before Mr Justice Collins and an all-male jury to six charges of murdering her six newborn children.

Mr Tanner said that in 1961 Wilkinson had been keeping company with a man who later became her husband. She became pregnant.

In October that year she delivered her own child in the bathroom of the place at Wahroonga where she worked.

She had smothered the baby with a blanket and later had thrown it from a car. In March, 1963, Wilkinson had given birth to an other baby in a vacant allotment in Brooklyn, she smothered the child and buried it.

He concluded that the baby had died from a blow on the back of the skull. The baby had died about five days earlier and signs of haemorrhage in the brain showed that its heart was probably beating after birth.

Dr Spence said he could not tell whether the baby’s lungs had ever expanded after birth. Cross-examined by the Senior Public Defender.

Mr H. F. Purnell, for Wilkinson, Dr Spence said the in jury on the back of the baby’s head could have been caused in several ways besides a blow with a rock. Mr Justice Collins adjourned the hearing until tomorrow.

Last week a jury found her guilty of manslaughter, contributing to the death of the babies and concealment of birth. She was acquitted of six charges of having murdered her babies at birth.

The jury found she had concealed the birth of two, contributed to the death of three and was guilty of manslaughter of the sixth.

The Crown said Wilkinson gave birth to the babies between 1961 and 1967.

Mr Justice Collins said no defence of mental illness had been raised.

Mr Justice Collins ordered that the sentences be served concurrently. 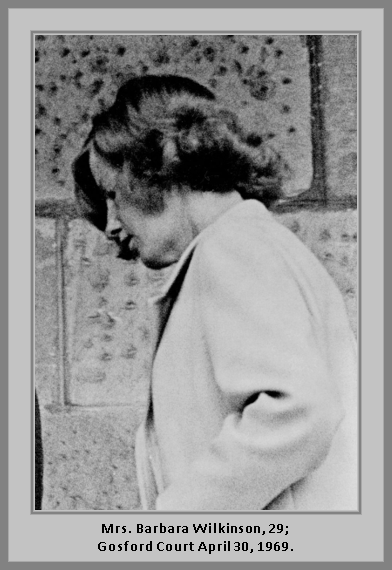 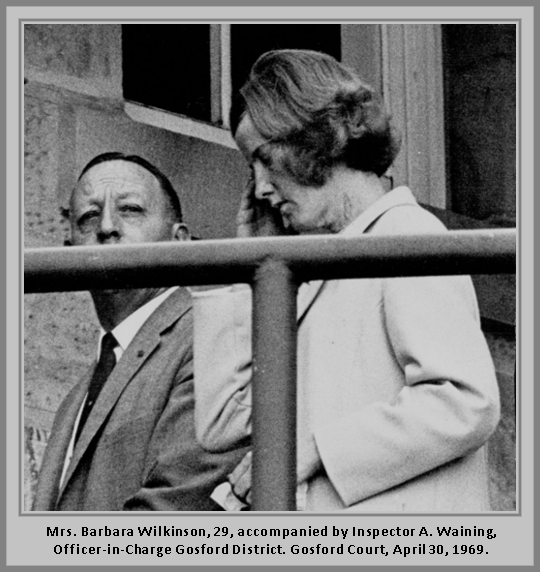 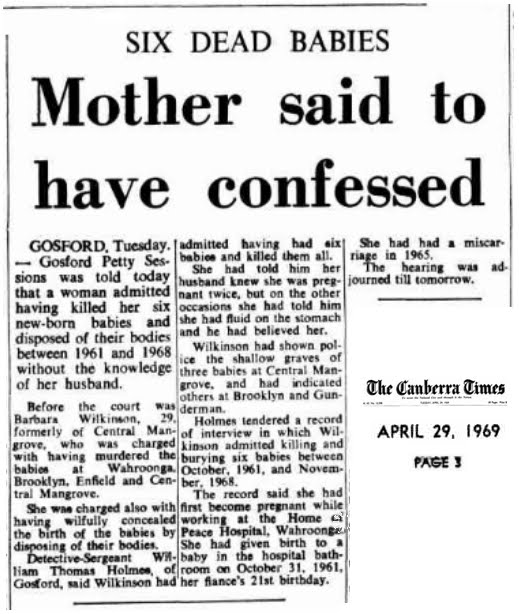 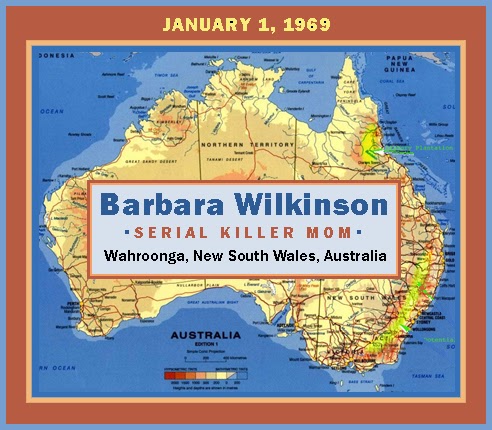