Luella Stuart Beat Her Husband With His Wooden Leg - 1924 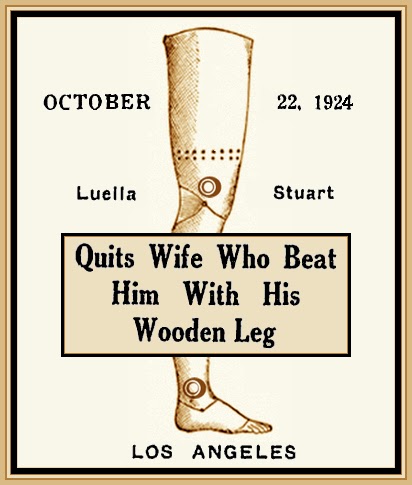 FULL TEXT: Los Angeles, Oct. 22. – For twenty-eight years of married life of William and Luella Stuart was tranquil. Then they began to quarrel, according to a divorce suit filed here by Stuart, their troubles culminating them, according to Stuart, his wife ran off with his artificial leg.

Stuart gave chase, but when he caught up with his wife, she beat him on the head with the wooden limb and then tried to garrote him with a cord.

After that, Stuart said, he left his wife forever.