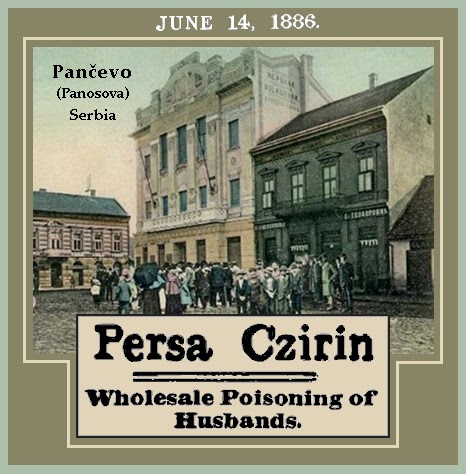 FULL TEXT: Some time ago the Pesth correspondent of the Standard reported that a large number of arrests had been made in certain villages, in South Hungary, chiefly inhabited by Serbs and Roumanians, the evidence going to show that a wholesale epidemic of poisoning had broken out among the women of the place who administered arsenic to their husbands whenever they wanted to marry somebody else. The first of the trials came on at Panosova recently, and ended with the conviction of a young pleasant woman, Draga Radovancey, who was sentenced to be hanged. An old peasant woman, Persa Czirin, who supplied the poison, was released for want of sufficient evidence.

Pančevo (Serbian Cyrillic: Панчево),is a city located in the southern part of Autonomous Province of Vojvodina, in Republic of Serbia. Pančevo is located on the banks of the Danube and Tamiš, in the southern part of Banat, and it's the administrative headquarters of the city of Pančevo and the South Banat District. Pančevo is the fourth largest city in Vojvodina by population. According to preliminary results of the census of 2011, in Pančevo live 76,203 people. According to the official results of the year 2011, in the city of Pančevo live 123,414 inhabitants. [Wikipedia] 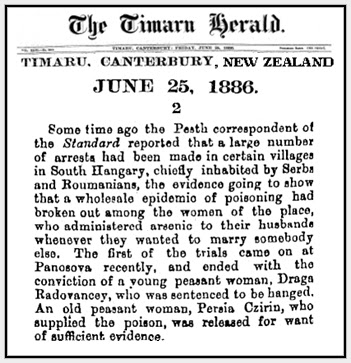 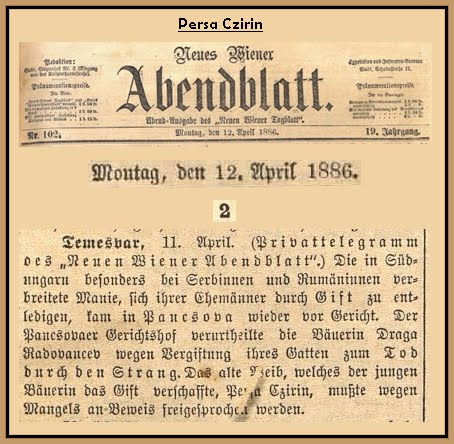 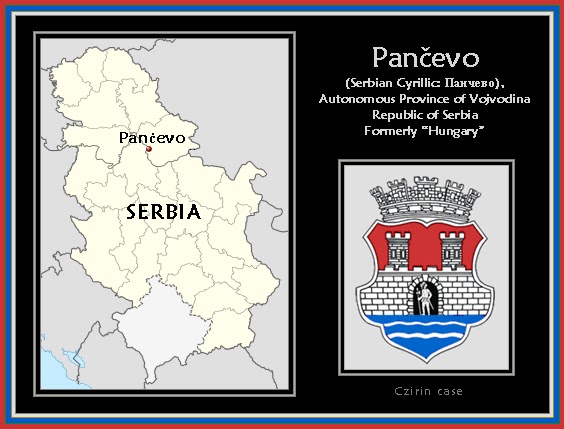