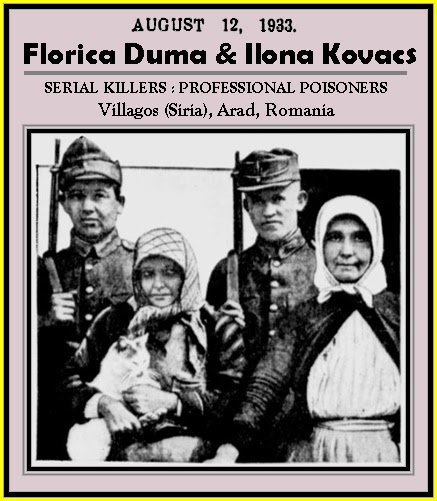 FULL TEXT (Article 1 of 3): Twenty exhumations – possibly more – will have to be made in the Rumanian village of Vilagos before the police can discover the full ramifications of an amazing wholesale poison plot.


Dozens of people have died mysteriously in recent months, and there is a growing belief that all were murdered, not for large sums of money, but in some cases for a few shillings.

Suspicion rests on a woman named Florica Duma, the village “quack,” who eked out a living selling love potions and philters.

She is detained by the police, but the number of murder charges to be brought against her will only be determined when the bodies have been exhumed.

A village girl who was carrying a letter to a villager, and who gave it to his wife by mistake, led the police on the trail of the murders.

The wife opened the letter found in it the full details of the plot between her husband and another woman to get rid of her.

The husband admitted it. “I was sorry after I had promised to murder her,” he declared. “She is a very good cook and the other woman is not.”

While the police were investigating the source of the poison another villager died. The police received an anonymous letter saying this was a murder.

The widow was arrested and confessed. She had got poison from a friend who in turn had obtained it from the village “quack.”

“The medicine was only a love potion,” pleaded the old woman.

“Then give some to your cat,” ordered the police chief.

The old woman did so and the white cat writhed in agony and died.

It was found that the old woman distilled arsenic from fly-papers and concocted a poison draught. The women who assisted her to distribute the medicine to unhappy wives or husbands seeking release received only a few pence for each mission. The old sorceress was content to get a few shillings for accomplishing a murder. 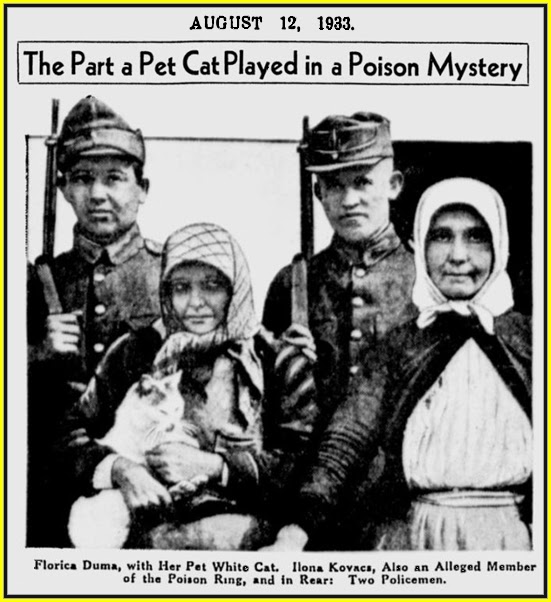 FULL TEXT (Article 2 of 3): Budapest – Aunt Florica Duma, of the village of Arad [Arad is the region; village is Siria; “Vilagos” in Hungarian], in Roumania is one of those benevolent, big-bosomed old creatures whose very smile seems to spread sunshine in one’s path.

Appearances, however, are apt to be deceptive. For the police have discovered, to their stupefaction, that Aunt Florica sold poison to at least one woman with which to murder her husband. And if the authorities are successful in their investigation, they hope to bring home to Auntie a number of other similar crimes.

First intimation that all was not well in the village came when Mrs. Vendel Czoliner, a farmer’s wife, rushed into the police station with the news that her husband’s widowed sister-in-law, Anna Czoliner, 19, was planning to poison her so as to marry the farmer.

As intercepted letter from the would-be killer to her intended bride-groom gave the show away. Czoliner, interrogated, admitted his share in the plot. But from whom, it was asked, had Anna bought the arsenic? The solution seemed to be in identifying any person who had recently purchased a large quantity of fly-papers, the base of which is arsenic.

The two days before the Czoliner case “broke” in the news, a 60-year-old farmer, one Paul Todorov, well-to-do, had died suddenly. Now came an anonymous letter to George Todorov, the dead man’s nephew, declaring that his uncle had been poisoned and denouncing a woman named Ilona Kovacs as the poison-seller. The Widow Todorov, arrested, confessed. She had bought the white crystals from Kovacs, who in turn had received them from Katica Borbely, a gypsy.

Thus with many twistings and turnings the sinister trail led relentlessly back to Aunt Flora, a concocter of love-filters and other potions.

Another anonymous letter, thrown in at the window of police headquarters, laid six murders in all at the door of genial Aunt Florice. Smilingly, Florica confessed her part in the removal of Todorov.

Aunt Flora’s pet white cat played a vital, not to say a deathly, part in the drama of the revelation of her wickedness. The woman was given fly papers, told to prepare them for Mrs. Todorov. Then they let the cat drink the liquid. She died in agony.

FULL TEXT (Article 3 of 3): Bucharest, April 13. – Husband poisoning on the same grand scale as that which occurred in Hungary two years ago is being investigated in the Vilagos district near Arad.

Twenty-three men and women whose wives had grown tired of them are alleged to have fallen victims to an old woman named Duma Fluroca. She has already confessed carrying on the grim business, supplying poison or administering it for thew last ten years. She said she cannot remember the total number of her victims.

Mrs. Fluroca’s husband testified that he knew the nature of her activities, but feared her so much that he was not only afraid to reveal them, but would not eat food himself until she tasted it first. As a result of Mrs. Fluroca’s confession a number of widows have been arrested and interrogated by a commission which is preparing the case.

Șiria (German: Hellburg; Hungarian: Világos) is a commune in Arad County, Romania. According to the 2002 census it had 8,140 inhabitants.The administrative territory of the commune is 12,106 hectares (29,910 acres) and it lies in the contact zone of the Arad Plateau and Zărandului Mountains. It is composed of three villages: Galșa (Galsa), Mâsca (Muszka) and Șiria (situated at 28 kilometres (17 mi) from Arad). 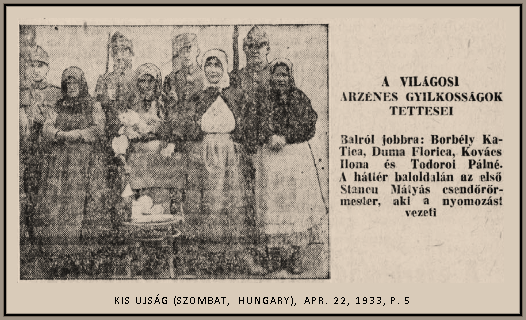 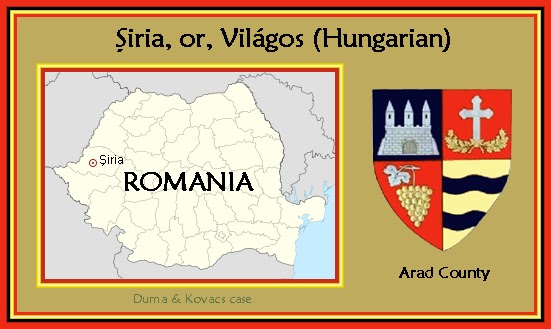 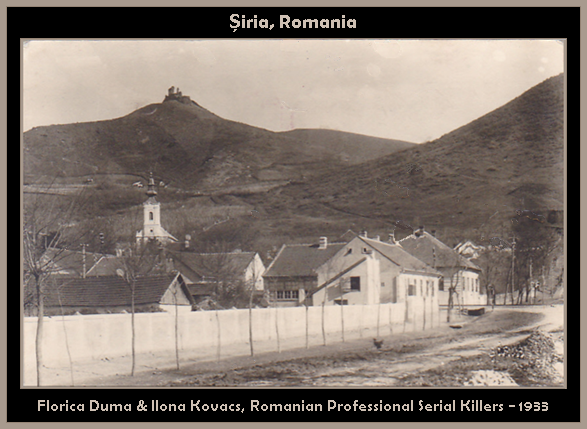 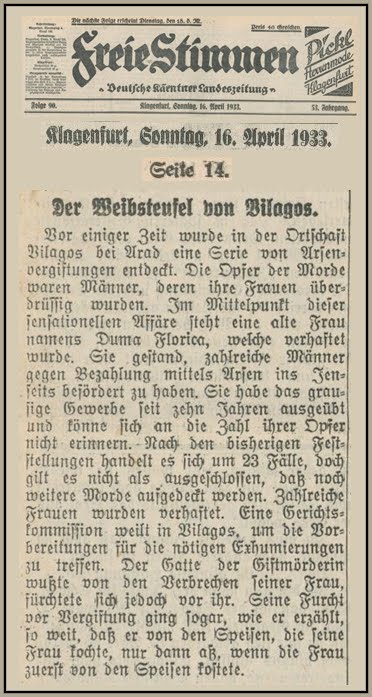 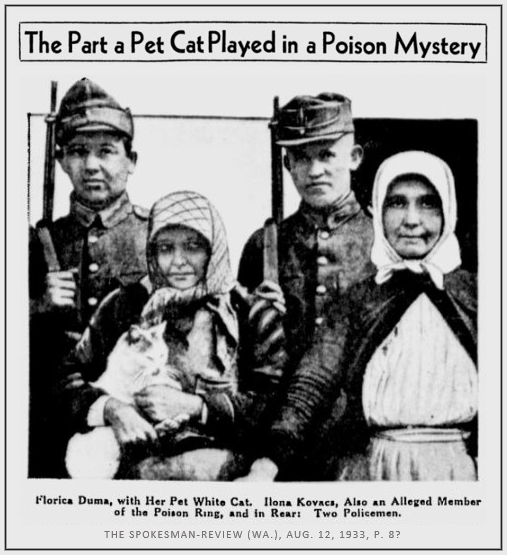 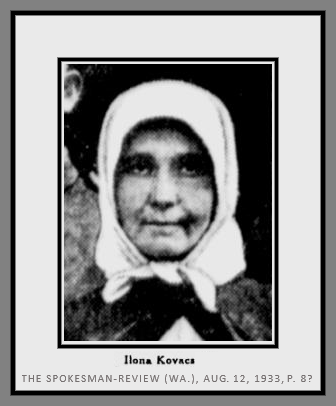 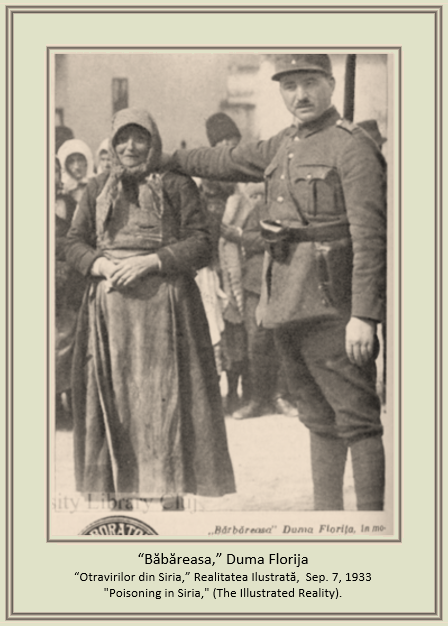 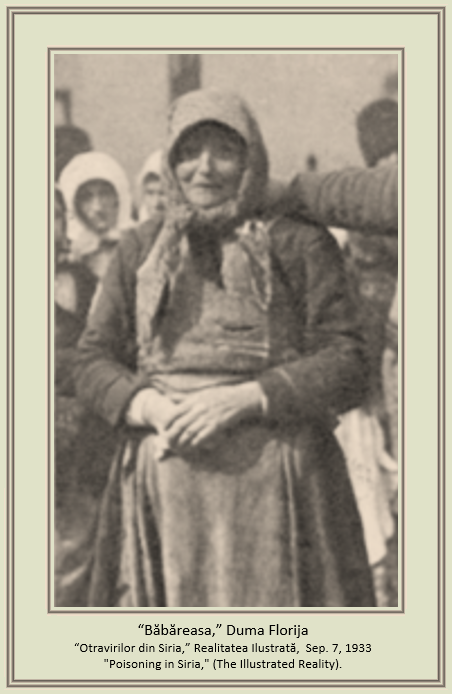 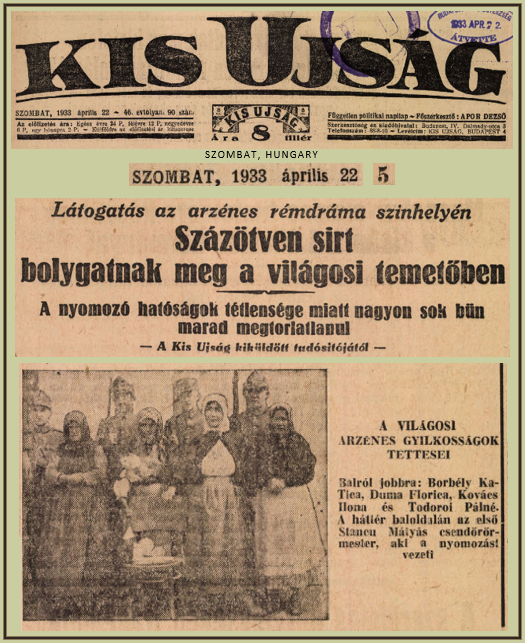