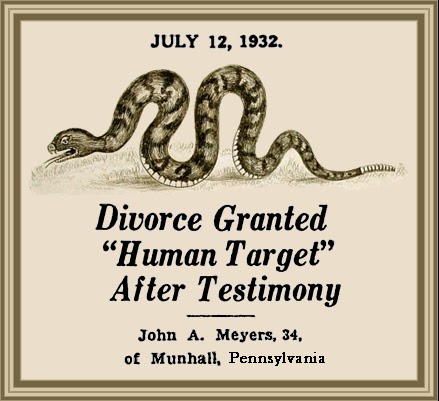 FULL TEXT: “Evidently she didn’t like you very well,” Judge Sylvester J. Snee remarked yesterday after John A. Meyers, 34, of Munhall [Pennsylvania], had described how his wife, Mary, hit him on the head with a bottle, threw books and other things at him, threatened to shoot him on several occasions and called him uncomplimentary names.