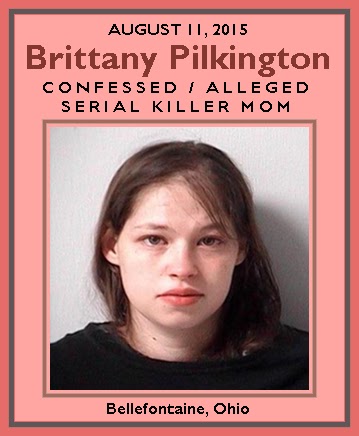 Bellefontaine, Ohio – The day of her arrest, Brittany Pilkington, 23-year-old mother of four children (three deceased) confessed to murdering – over a period of several years – her three sons by placing blankets over their heads to suffocate them.

Her explanation of motive was unusual. She claimed her husband Joseph Pilkington (43), a worker in the Marysville Honda factory, paid more attention to the boys than he did to their daughter.

According to Logan County prosecutor William Goslee, “in her mind, she was protecting her daughter from being not as loved as the boys were by their father,” as the Columbus Dispatch reported.

On August 11, 2015, the mother had called 911 to report that 3-month-old Noah had stopped breathing about 3 a.m. He was rushed at the hospital Mary Rutan Hospital in Bellefontaine where he was pronounced “dead on arrival.” Baby Noah and his four-year old sister Hailey had been in protective custody only a week before the murder – pending investigation of the  deaths of the child’s two brothers. After a Logan County coroner recently determined that neither Gavin nor his brother, Niall, had died of suspicious causes and the causes of their deaths couldn’t be determined, a judge ordered the children returned home.

In the earlier instances the father’s grief was normal while the mother demonsteated an emotionless response. At 4-year-old Gavin’s funeral in April 2015, the mother was smiled while posing for a family photo, as Joseph Pilkington's brother, Jim, told a Columbus Dispatch reporter. He thought “It was kind of odd.”

A neighbor James Breaston, 78, said he was home when the 4-year-old died on April 6. The father, observed Breaston, “was crying, the tears were rolling, and she was just cold.” The mother “just stared like nothing happened.”

After consulting with a lawyer Mrs. Pilkington retracted her confession and returned to her previous “accidental death” narrative.

Their daughter, Hailey, was to celebrate her fourth birthday in August 2015, just weeks following her mother’s arrest . Hailey has once again taken into custody by Logan County Children Services.

Pilkington’s trial is scheduled for late February 2017. If she is found guilty, she may face the death penalty.

“Prosecutor Bill Goslee said Brittany confessed to the murders, and said she was motivated by jealousy that her husband, 43-year-old Joseph Pilkington, paid more attention to their sons than he did to their surviving 3-year-old daughter, Hailey.” [“Prosecutor: Brittany Pilkington Worried Boys Would Grow Up to Be Abusive,” ABC 22/Fox 45, Aug. 19, 2015] 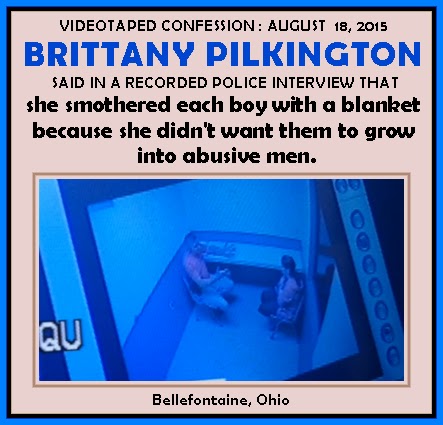 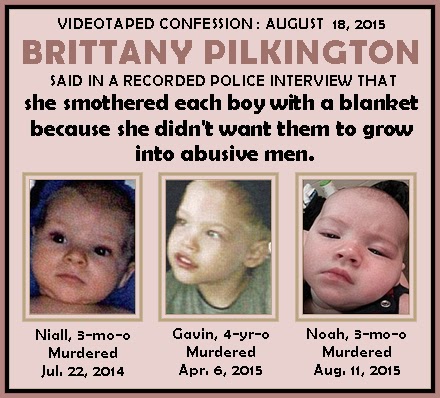 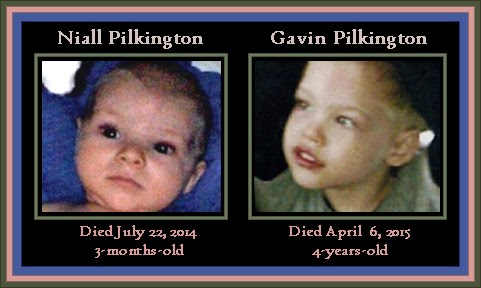 Here is another case of interest: Mom Hates Little Boys, She Says, So She Murders Her Son: Georgette Brucks - 1949