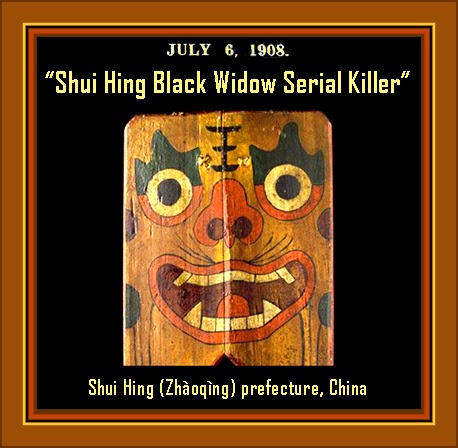 FULL TEXT: A rival to the Lamporte [sic] murderess, Mrs. Gunness, of death-farm fame, has been found by the agency of the recent floods in a village in Shui Hing prefecture. A few days ago after the floods had partially subsided, a posse of soldiers went to a farm occupied by a supposed widow. Whilst trying to save this woman’s household effects they unearthed, below a broken-down matshed, eight coffins which contained headless, and in some cases, mutilated bodies of supposed males. The widow was an attractive looking woman, and had had many suitors of her own class for her hand. According to the latest reports this woman has confessed to the murder of the persons whose bodies were discovered on her farm.

Shui Hing prefecture = Zhàoqìng (Chinese: 肇庆) is a prefecture-level city of Guangdong province, People's Republic of China and the southern districts and Sihui is considered part of the Pearl River Delta region. 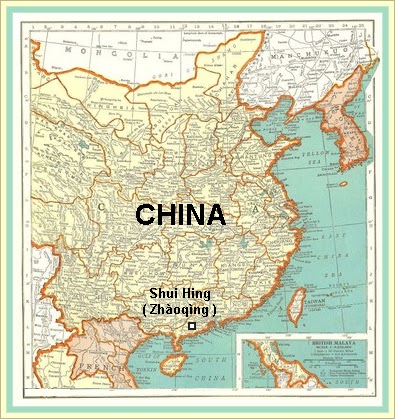 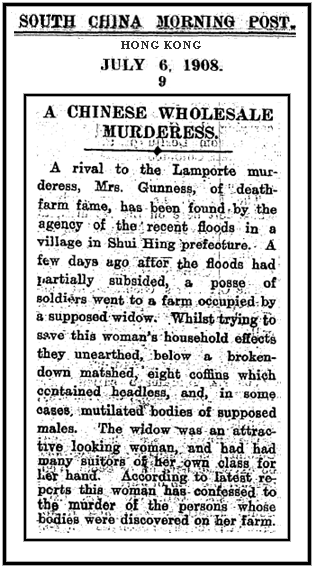