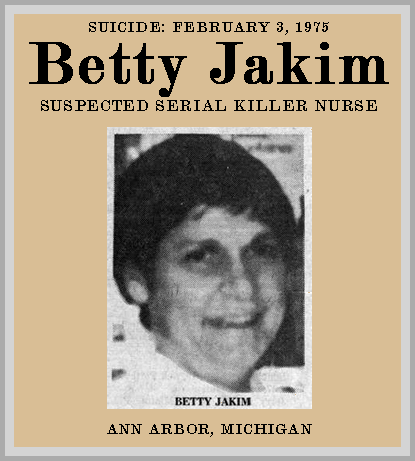 Two Filipino nursers were convicted of murdering patients in July through August 1975 at the Veterans Administration Hospital in Ann Arbor, Michigan. Following a 13-week trial the two VA nurses Filipina Narcisco and Lenora Perez were convicted conspiring to commit three murders on July 13, 1977.

The nurses were accused of deliberately injecting a muscle relaxant, Pavulon, into the intravenous feeding tubes of nine VA patients, resulting in breathing failure. There were more than 50 such breathing failures at the Ann Arbor VA Hospital in the Summer of 1975. The prosecution was highly controversial involving the charge that the FBI deliberately withheld exculpatory evidence. On appeal the nurses had the conviction overturned and the prosecution elected not to pursue a retrial. It was the mentally ill VA nursing supervisor Betty Jakim, 51, seems to have confessed to having committed the murders when institutionalised at the University of Michigan Neuropsychiatric Institute. She committed suicide in Sebring, Florida on February 3, 1975. She had attempted suicide twice before.


The Ann Arbor Hospital Murders were the murders of 10 patients by unauthorized administration in their IV of a curare drug Pavulon in an Ann Arbor, Michigan, Veterans Administration (VA) Hospital during 1975. After a huge FBI investigation Filipino nurses Filipina Narciso and Leonora Perez were charged with murder but only found guilty on poisoning and conspiracy charges. Public opinion was against prosecution of the nurses on the basis that they could have had only the most trivial of possible motives for conspiring to commit such extremely serious crimes, and the case was dropped after a retrial was ordered. [Wikipedia] 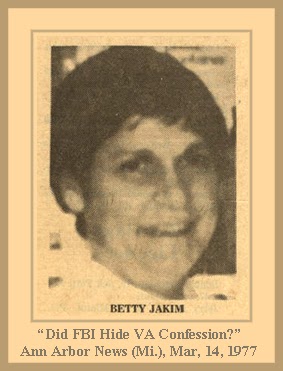 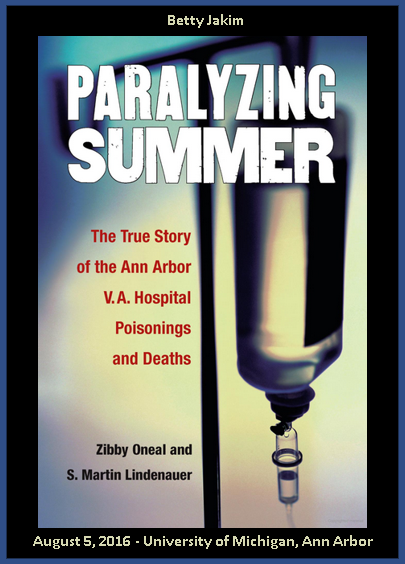