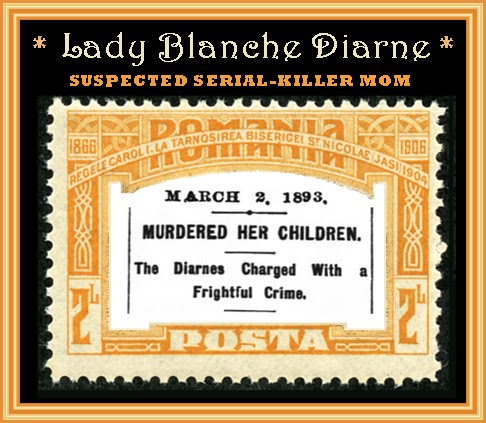 FULL TEXT: Bucharest, March 2. – The preliminary investigation into sensational criminal charges which involve the name of the late Prince Mensikoff, one of the greatest of native boyards has just been concluded, and the arrest, of his widow, now the wife of M. Diarne, formerly mayor of a small town in the neighborhood of Bucharest, and that of Diarne himself, is ordered by the court. The charges are murder against the mother, and murder and assault for the purpose of gain against Diarne.

The prince, upon his death. left a for the tune of several millions of francs to his four children, three girls and one small boy. The mother was appointed trustee of the state. She became enamored of Diarne, and five years ago married him. Since then the boy died under suspicious circumstances, and two of the girls have disappeared. It is thought their mother and husband desire to become possessed of the property left to them by their father. The prosecuting judge of Bucharest has ordered a search of the house and the extensive gardens for the girl’s body, and that the body of the little boy be exhumed. The eldest daughter, who is the principal witness for the crown, has been placed under the protection of the judge.

Lady Blanche, the first witness in her own behalf, testified that his lordship went to the race meeting and also to Brighton for weeks together and refused to allow her to accompany him. He had sworn at her and called her a prostitute. Her husband often spent the night in drinking and retired to rest at 10 o’clock in the morning. 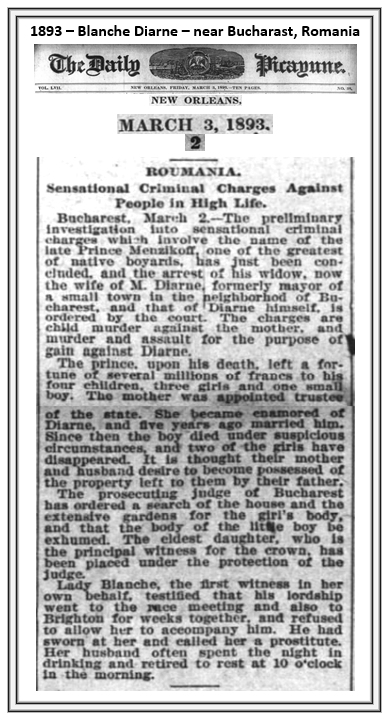