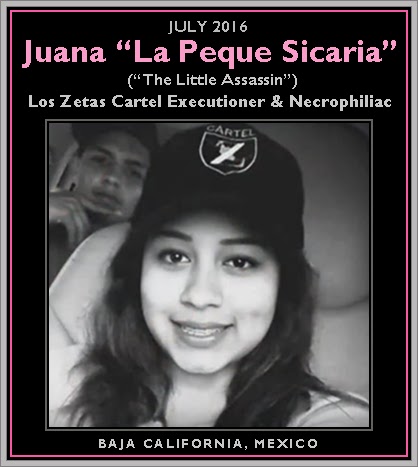 The news reports published so far are scanty but we shall attempt to give an accurate description of this case. The 28-year-old woman named Juana, whose gangland nickname is “La Peque Sicaria” (“Little Assassin”), whose date of arrest is not known, has confessed to a series of gruesome crimes. She is incarcerated in a Mexican rehabilitation institution called Centros de Reinserción Social de Baja California.

Juana became a member of the notorious cartel Los Zetas in Tamaulipas in 2010 and became a prostitute and eventually was appointed lookout (“halconeo”). Although her first experiences witnessing a brutal murder, in which the victim’s head was smashed in with a mace, horrified her, she nevertheless won the trust of the gang leadership and advanced over time to overseer of executions. She was responsible for multiple beheadings and mutilations of the cartel’s murder victims.

“[I felt] excited by it, rubbing myself in it and bathing in it after killing a victim and I even drank it when it was still warm.”

The report further asserts that Juana “insinuated” that she “had sex with the cadavers of those decapitated, using the severed heads as well as the rest of their bodies to pleasure herself.” 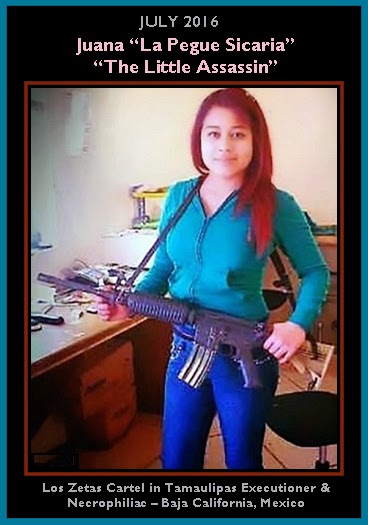