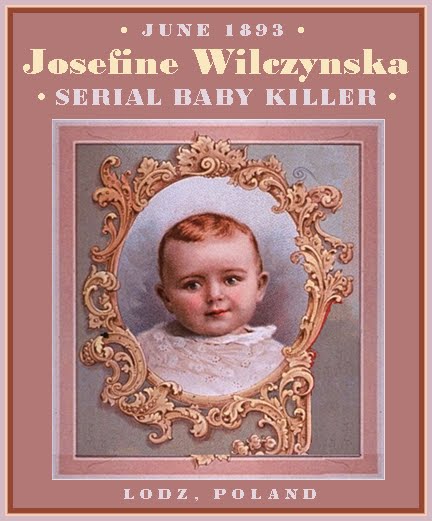 FULL TEXT (translated from German): From Warsaw in Russian Poland the W. B. [Warsasw newspaper] is reported: Today in the city of Lodz the police arrested an “Angelmaker” and clapped her behind bars. The sound of incessant whining at the home of rag collector Josefine Wilczynska drew attention to her criminal activity. As soon as police initiated their investigation of the source of the sounds they discovered four babies, one of them too weak even to whimper. In a cradle in the corner of the chamber, wrapped in rags, the half-dead corpse of a fifth child was discovered. The next day one of the four living infants disappeared without a trace. The police investigation found that another child had been found buried and, according to the results of the autopsy, had been alive at the time of interment. The three surviving infants were, as determined by examining doctors, to be in a state of starvation. An investigation into Wilczynska’s other shameful activities was initiated. 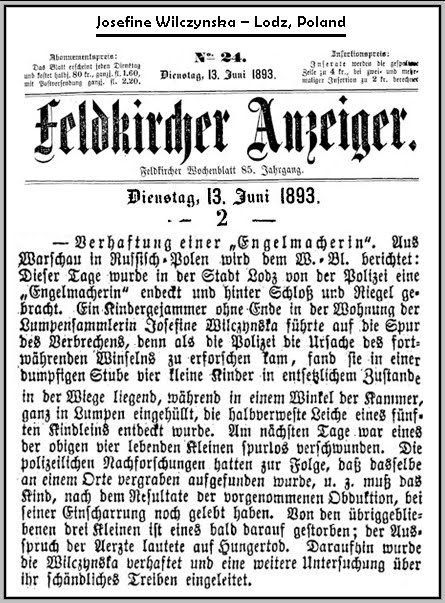