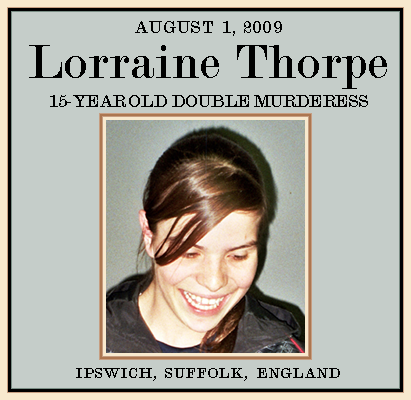 EXCERPT: The teenage killer then started boasting to her friends about how she tortured her victims and told police she had stamped her father's head so hard it had left a trainer [sneaker] print, saying: “You'll find my footprint on my dad.” [Jack Newman, “You'll find my footprint on my dad': Chilling words of schoolgirl, 15, who became Britain's youngest female double killer when she beat and smothered her father to death fearing he would tell police she had murdered a woman,” Daily Mail, May 17, 2009]

EXCERPT: “Lorraine Thorpe and Paul Clarke, 41, subjected the mum-of-two to three days of torture - slicing her face with a cheese grater, setting her face alight and beating her with a dog chain before finally killing her.” [Zoe Shenton, “How 15-year-old girl tortured pal with a cheese grater and beat her with a dog chain before brutally killing her own dad, The Sun (London, England), Oct. 7, 2019]

“Ms. Hunt, 41, was beaten to death in Ipswich over several days, with Thorpe responsible for kicking, punching and stamping on her head.” The sentencing judge stated that Lorraine Thorpe, 15 at the time of the two murders, was “manipulative” and was not acting entirely under 42-year-old Paul Clarke’s control, adding: “She found violence funny and entertaining.”

FULL TEXT: A killer was jailed for a minimum of 27 years today for jointly committing two Suffolk murders.

Yesterday [Aug. 3, 2010], he was convicted along with 16-year-old Lorraine Thorpe of being involved in the brutal murders of two alcoholics - Thorpe's father Des and 41-year-old Rosie Hunt who died within days of each other last summer [August 9, 2010].

During a seven-week trial Ipswich Crown Court heard that Mrs. Hunt, a mother-of-two, and Mr. Thorpe were both members of the street-drinking community in Ipswich and in the period leading up to their deaths they had spent their time with fellow drinkers at Clarke's flat in Mountbatten Court or at Mrs. Hunt’s flat in Victoria Street in the town.

The jury was told that Mrs. Hunt, who at one time had a relationship with Clarke, had been killed after he blamed her for his dog attacking a child and Des Thorpe had been murdered to silence him after he threatened to tell the police what had happened to Mrs. Hunt.

Clarke, 41, and Lorraine Thorpe both denied murdering Mrs. Hunt between August 1 and 10 last year and murdering Mr. Thorpe on August 10.

The jury unanimously found them guilty of Mrs. Hunt's murder and guilty of Mr. Thorpe's murder by majority verdicts of 10-2 after more than 17 hours of deliberations.

A third defendant, John Grimwood, 28, of Canham Street, Ipswich, had denied murdering Mrs. Hunt and was acquitted by the jury.

A court order had banned Lorraine Thorpe, of Ipswich, from being named in media reports because of her age but after yesterday's convictions the judge said it was in the public interest to lift the court order.

During the trial the court heard that two days before she was killed Mrs. Hunt, who was described as vulnerable and a long-term alcoholic, had been tortured by Clarke and Lorraine Thorpe after Clarke accused her of hitting his dog.

Witnesses described Mrs. Hunt being repeatedly kicked and punched in the head, being whipped with a dog chain, having her hair set alight with a cigarette lighter and having salt rubbed in her open wounds.

On the day of her death Clarke had been furious after his dog attacked a child in Ipswich town centre and together with Lorraine Thorpe subjected Mrs. Hunt to further violence which led to her death.

Her body was found five days later after a worried neighbour called the police and a post-mortem examination showed she had died from a heavy blow to her neck/chest area. She was also found to have multiple external injuries to her body and nine broken ribs.

After Mrs. Hunt's death Clarke and Lorraine Thorpe had collected Des Thorpe from Mountbatten Court and had gone with him to a friend’s flat in Limerick Close, Ipswich.

Patricia Lynch, prosecuting, said that prior to Mr. Thorpe's death on August 10 he had been subjected to repeated incidents of violence by his daughter and Clarke and that he died after being smothered with a cushion because he threatened to tell the police what had happened to Mrs. Hunt.

Mr. Thorpe, who was described as a chronic alcoholic, was found to have a number of external injuries to his body as well as a faint, patterned mark on his forehead which could have been caused by the imprint of a shoe.

Cuts to his upper lip caused by contact with his teeth led a pathologist to conclude he had been smothered.

Miss Lynch told the court that at the time of the murders Lorraine Thorpe had been on the run from social services after absconding from a children’s home, although this has since been denied by social services.

Giving evidence during the trial, Paul Clarke admitted kicking Mrs. Hunt twice on the day she died but said he did not think his actions contributed to her death. He said he had fallen asleep in Mrs. Hunt's lounge and had been woken up by Lorraine Thorpe who told him that Mrs. Hunt was dead. He claimed Des Thorpe had been a friend and denied being involved in his death.

Both Lorraine Thorpe and Grimwood chose not to give evidence during the trial.

Aug. 1, 2009 – Rosalyn Hunt was accused of kicking Paul Clarke's dog after it attacked a child.

moved Rosalyn back to her own home and continued to torture her.

Sep. 1, 2014 – Clarke, 46, was found dead in his prison cell at HMP Whitemoor, Cambridgeshire, in 2014, days before another programme about the murders was due to be aired. 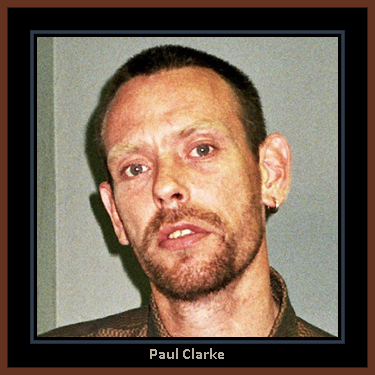 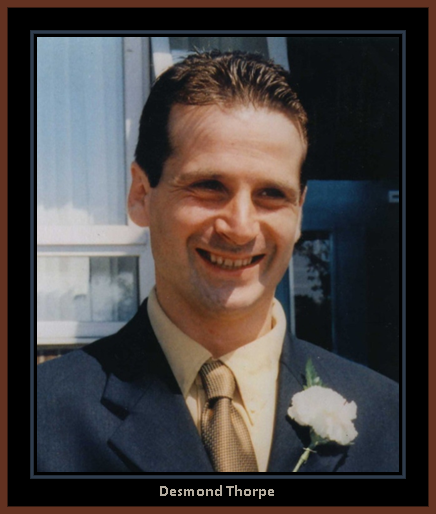 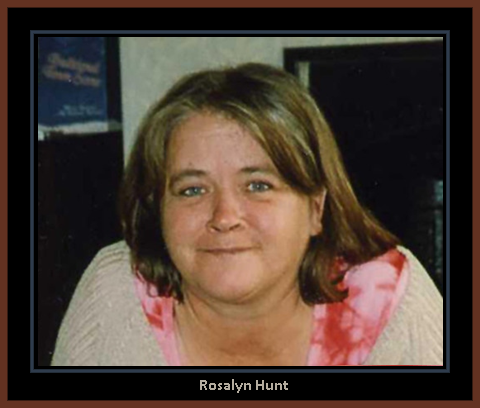 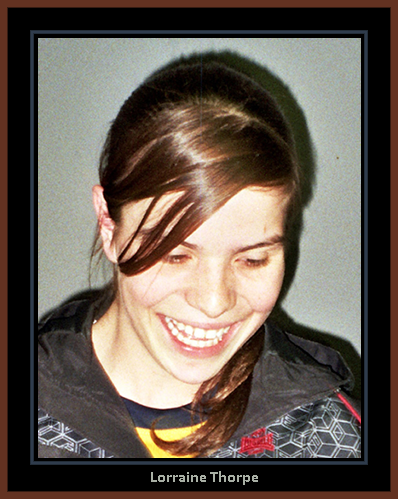