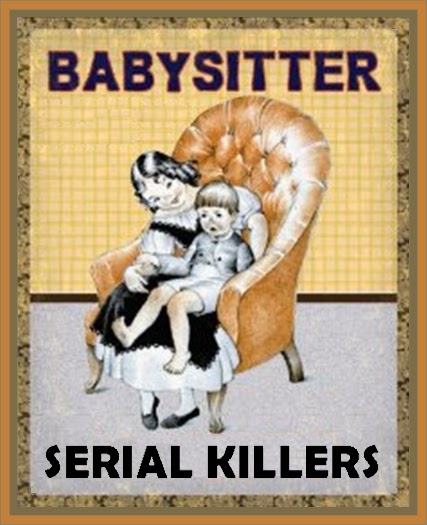 This collection includes only female serial killers who were baby-sitters. It does not include Baby Farmers (child care providers who were responsible for infants on a 24 hour basis), with the exception of nanny Gladys Parks.

Honorine, aged ten, threw two young girls – each not much more than two years old – in a well on June 16 and 18, 1834. On the 20th she attempted to drown an eleven year old boy but was unsuccessful in her ploy. The justice of the peace first thought that they were accidents, but the community of Bas-Val suspected the girl, known for her cruelty to other children, whom she would torture by throwing dust in their eyes and then rubbing nettles into them. She also liked to strangle animals. Honorine eventually admitted she killed the two girls because they were said to be prettier than she. She delighted in seeing the suffering of family members of her victims.

Marie-Françoise Bougaran, a 15-year-old serial killer, invented one of the most ingenious, and perverse, methods, on record. As a house servant she murdered four children under her care and two victims were saved having been removed from her supervision before it was too late. She would force-feed her victims with feces and then, inserting a knife into their throats and cut open a vein, insuring septic infection. Three victims died. Two were saved by removing them from the murderess.

1867 – Elizabeth Wheeldon – Shirland Delves, near Alfreton, Derby, England – age 17 at time of apprehension. (2 deaths) – She poisoned two children of her at employer on different occasions so that she would have less work to do.

1871 – Mary Brister – Pennington, New Jersey, USA – age 11 at time of first suspected murder. (three or four deaths) – 13-year-old Mary Brister was suspected of murdering three (or four) infant step-siblings she was charged with looking after, killing them over a period of more than two years.

1871 – Agnes Norman – London, England – age 15 at time of apprehension; 13 at time of first murder. (4 deaths & 1 attempt) – Two or three children, a dog, two cats, six or eight birds, and some gold fish, had all fallen victims to Agnes Norman unnatural propensity for killing before she was discovered and arrested, at the age of 15. One little boy, aged eleven years, testified that one night he awoke by feeling something hurting him, and upon looking up found this delectable young woman, who lived as a servant in the same house, stooping over him with one hand on his mouth, and the other tightly grasping his throat. [edited from linked source]


1872 – Martha Whetstone – St. Louis, Missouri, USA – age 16 when discovered. (4 deaths) – A nurse girl whose charges died; four children, including her own sister, in a space of four months.

1885 – Rebecca Samuels – Barnesville, South Carolina, USA – age 12 at time of apprehension; age 10 (or perhaps 11) at time of first murder. (2 deaths) – A girl, 12 years old, has been convicted of the a six weeks’ old infant that she was nursing. She soaked the child in a pot of concentrated lye. This is the second crime of the same kind she has committed within the past two years.

1889 – Marie Doiselet – Bar-sur-Aube, France – a 13-year-old baby sat for her neighbor but regarded the task as an annoyance. She smothered 6-month-old baby with a handkerchief, “by placing a handkerchief over the mouth and nose, and pressing heavily on the chest until suffocation ensued.” A month later she did the same to that child’s 2 ½ year-old sibling.

1906 – Ida Schnell – Munich, Germany – teenage child-care provider who had a special technique for murdering babies, “plunging a hairpin into the lower part of the back of their heads till they ceased to cry.”

1906 – Lillian B. Thornman – York, Pennsylvania – A 15-year old servant girl murdered a child who was “roasted from head to toe” by placing the youngster on the stove. After her arrest it was learned she had previously murdered three other children in the same manner, getting away with the crimes by having concocting stories of accidents.

1908 – Jeanne Weber – Paris, France – She was obsessed with strangling children of various ages, and murdered at least ten. Among her victims were three children of her own; the rest were mostly the children of relatives. She was caught in the act several times, but got away with murder with the help of the brilliant men who defended her in court until the day she was caught in such a flagrant act of violent strangling of a boy she had just murdered even the “experts” would not be able to employ their sophisticated theories to save her. After being declared insane and sent to prison, Jeanne strangled herself to death.

1929 – Gladys Parks – New Jersey – A father of six, found himself a widower, so he made arrangements with his wife’s cousin to care for two of the children temporarily. The nanny, however, had taken the kids to use as pawns in a get-rich-quick scheme, in which she would tell wealthy men - former lovers - that these children were the result of their affairs. When she no longer found the arrangement she brutally murdered the children and hid the bodies.

1956 – Virginia Jaspers – New Haven, Connecticut – A retired head pediatric nurse killed three babies by shaking them to death because “children sometimes get on her nerves.” She broke the leg of another child and cause a head injury to yet another.

1961 – Mary Madigan – Dubuque, Iowa, USA – Police said the 29-year-old Miss Madigan signed three statements admitting that she was the sitter when three babies, ranging in age from four months to three years, died. The husky Miss Madigan, who stands 5 feet 8 and weighs 192 pounds, was described as being both mentally and physically handicapped.No suspicion had been attached to Miss Madigan until the county medical examiner determined that Gail Nemmers, 3, who had been left in her care Thursday night, died of suffocation.

1967 – Bessie Reese – Arcadia, Florida – She was suspected of murdering her first husband and was convicted of murdering her second. She poisoned 7 children killed at once as she baby-sat for them, killing them all. Their father, later exonerated, served 21 years in prison for this crime.

1980 – Helen Patricia Moore – Claymore, NSW, Australia – smothered 3 children and 3 additional children survived her abuse, one of them being rendered blind and unable to walk.

1982 – Christine Laverne Falling – Calhoun & Taylor Counties, Florida – She murdered at least 5 children. According to her testimony, she had heard voices that ordered her to kill the babies by placing a blanket over their faces.

1989 – Amy Lynn Scott – Phoenix, Arizona – She murdered three babies in 1989. The parents of the victims were all met by the baby-sitter murderess at the same church. She was not convicted until 2007.

2018 – Nancy Moronez – Milwaukee, Wisconsin, USA – She murdered own baby son in 1980 and in 1984 and 1985 murdered two babies she was babysitting for. She was not arrested until her adult daughter forced an investigation that was completed in 2018.


See The Forgotten Serial Killers for a huge number of other serial child murderers who were paid child care providers. 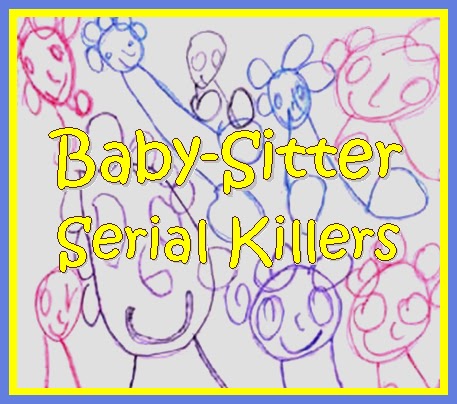