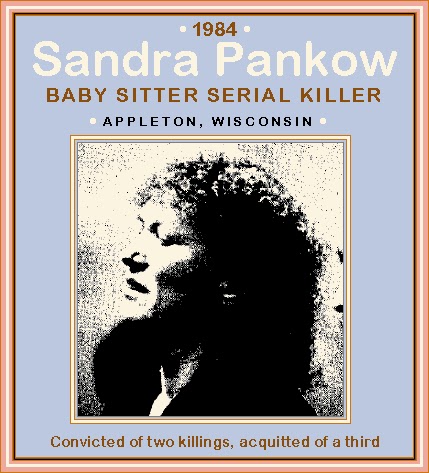 FULL TEXT: Appleton – Baby sitter Sandra Pankow was sentenced to 40 years in prison Thursday in the deaths nearly five years ago of two babies under her care.

The sentence was the stiffest Outagamie County Circuit Court Judge James T. Bayorgeon could have given the 36-year-old Appleton mother of two.

Pankow stood in a packed courtroom and looked stonily at the judge when he handed down the sentence.

After the sentencing, as Pankow was being led from the courtroom, she said quietly with a tear running down her face, “It’s not fair.”

Before she was sentenced, Pankow, looking thinner after serving two months in the county jail, whispered: “I’m not guilty. I loved those babies. I never did anything to those babies.”

Then she began to sob.

The nine women and three men found that Pankow had killed Kristin Hamilton, 14 months, in December 1980; and Tyler Kloes, 6 months, in October 1985.

Jurors found Pankow not guilty in the death of a third baby who died in her home – Shawn Bloomer, 9 months, in August 1982.

The nine-day trial centered on Pankow’s contention that the three had died of sudden infant death syndrome.

Expert witnesses debated the possibility that SIDS could have caused the deaths, but there was also testimony by a 9-year-old boy who said he saw  Pankow with a towel around a baby’s mouth.

Pankow’s son, Christopher, 14, testified that he had bound the hands of babies and covered their mouths but that his mother never harmed babies.

In sentencing, Bayorgeon said a maximum penalty was appropriate because of the “vulnerability of the victims” and that two babies she cared for died 4 years and 10 months apart, indicating that Pankow did not act impulsively.

The earliest Pankow can be released on parole is 10 years, according to state law.

Defense attorney William Wilde immediately filed papers to appeal, saying the trial was so “emotional that it led to unavoidable prejudice.” 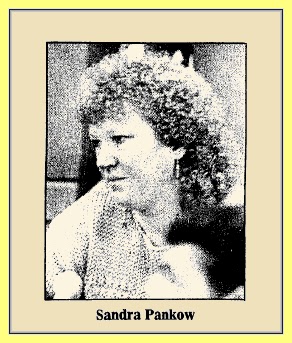 The judge rejected Pankow’s request that she be released on bond during the appeal.

Pankow afterward met privately with friends and relatives in a room adjacent to the courtroom, hugging and kissing each person.

In a tender, yet ironic scene, she held an infant girl in her arms and sobbed, rocking the baby from side tom side.

Before she was led from the courtroom, Pankow used sign language in front of a circle of television cameras to say, “I love you. That’s all I have to say to my friends and son who could not be here.”

Christopher attended the sentencing, but Pankow’s other son, Aaron, 7, did not.

Pankow’s husband, Douglas, 34, stood stiffly throughout the 45-minute proceeding. He did not comment on the sentence. 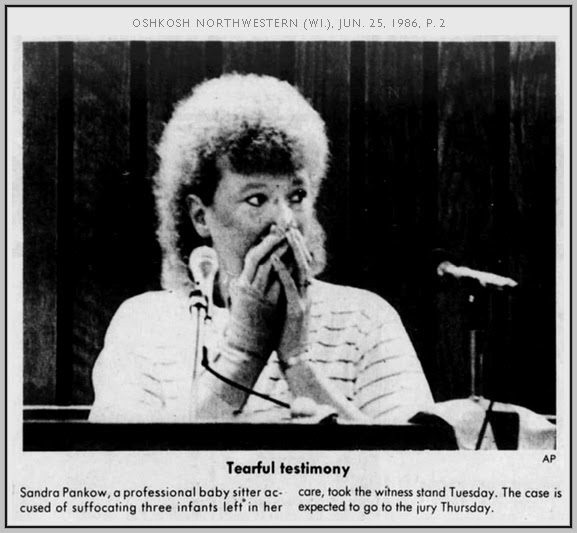 Wilde said he had hoped the judge would have been lenient.  Before the sentencing, he had asked that Pankow not be imprisoned, or at the very least, be given a very short prison term.

Dist. Atty. William Grogan agreed with the recommendation contained in a presentence investigation report: 15 to 20 years for each murder conviction.

“From every point of view you look at this, it makes you wonder how it could have ever happened,” Grogan said.

Only two of the mothers of the three dead children attended the sentencing.

Sharon bloomer said she felt better Thursday than after the June 26 verdict that left Pankow not guilty in the death of her son.

“It hasn’t sunk in yet,” she said. “I don’t know if I am satisfied or not. I didn’t have any expectations.”

Wilde said his client was “basically a nervous wreck,” but her family and friends have been giving her considerable emotional support. 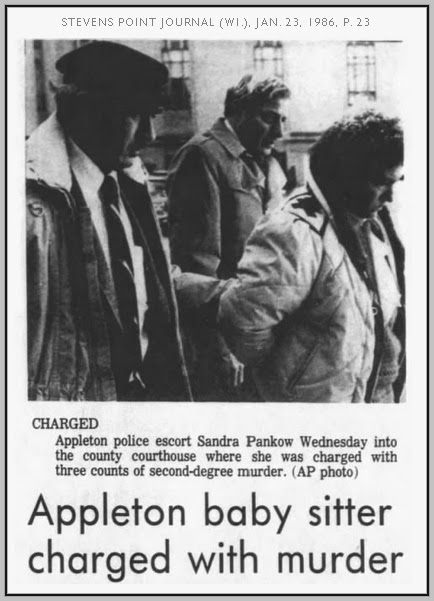 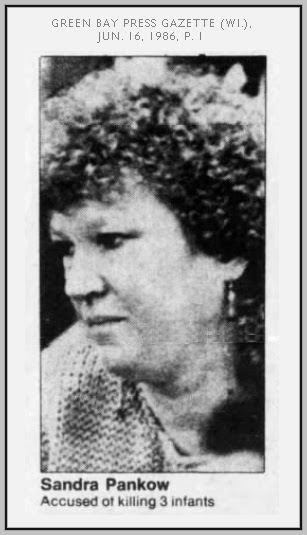 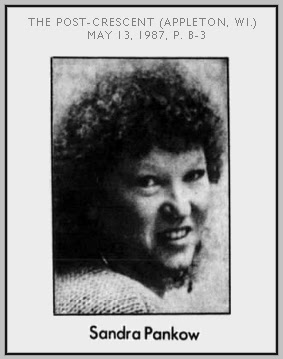