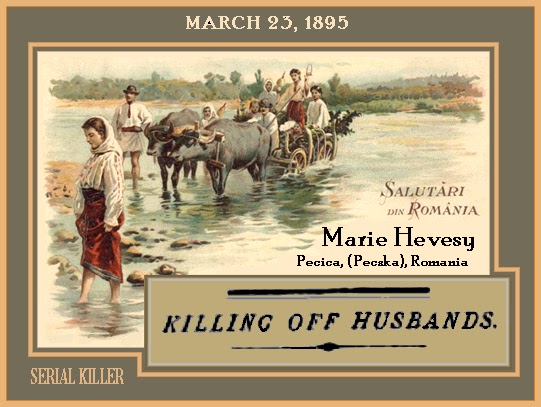 FULL TEXT: A woman named Marie Hevesy, described as young and good-looking, was arrested two days ago at Pecska, Hungary [currently Pecica, Romania] (says the Standard), charged with complicity in the commission of various cold-blooded murders for hire. She has already confessed that she recently herself murdered a peasant, whose wife, wanting to get rid of him, paid her a hundred florins for putting him out of the way. It has been further proved that Hevesy has been acting as a sort of agent between peasant women tired of their husbands and certain professional murderers.

She was found out through the depositions of a discharged convict, who had been in prison 15 years, and whom she had hired to do away, not only with two wealthy peasants, but also her own sister-in-law. This man, out of remorse, disclosed the crimes to the authorities, and an official investigation which followed demonstrated the fact that the intended murders were ordered by the wives of the doomed peasants. The killing of husbands, mostly by means of poison, more especially arsenic, has long been a crime of frequent occurrence among the Hungarian peasantry. Not a year passes but one or more trials take place of persons accused of such murders in one part of the country or other. 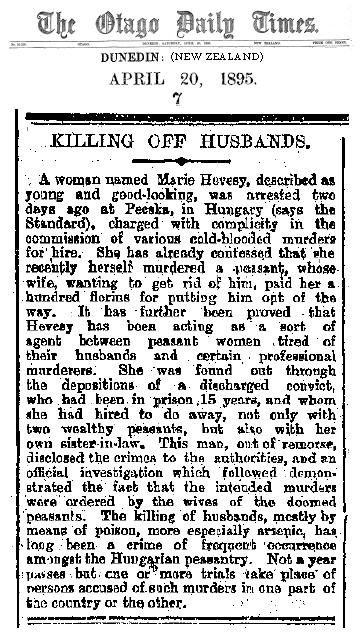 Pecica; Hungarian: Pécska; German: Petschka; Serbian: Печка/Pečka) is a town in Arad County, Romania. In ancient times it was a Dacian fortress called Ziridava and today it is an important archeological site. Situated at 25 kilometres (16 mi) from Arad, it was declared a town in 2004. Its administrative territory extends into the Aradului Plateau. The town administers three villages: Bodrogu Vechi (Óbodrog), Sederhat (Szederhát) and Turnu (Tornya). [Wikipedia] 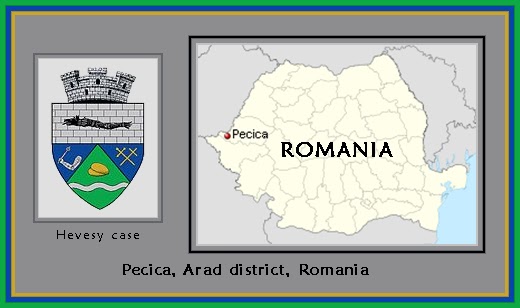 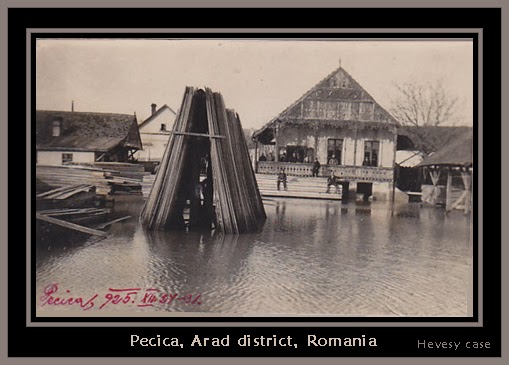