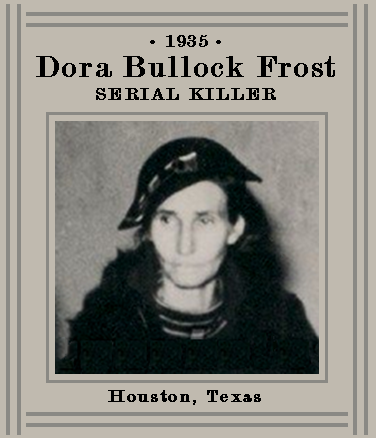 The outcome of the case has not been determined. Houston papers are not accessible digitally as of yet,.

All were insured, the policies totaling $4515. Nearly all of the insurance has been collected by Mrs. Frost.

A report from City Chemist Ida Levinson Tuesday declared the viscera of Woodrow showed poison. Definite traces of poison also have been, found in the viscera of Mr. Bullock and Leola [Lee Lola], investigators say.

The couple was arrested Saturday.

Mr. and Mrs. Frost were married about three months after the death of Bullock and shortly after Woodrow died.

Frost said he was fired from the insurance job when he did not turn in the $10 premium on Woodrow’s policy until the morning alter the boy died. He also wrote a $100 policy on Rosalie Bullock, 14-year old daughter of Mrs. Frost.

Tom Harris, assistant district attorney, announced when the indictments were returned yesterday that a purchase of poison at a Houston drug store had been traced to the 46 years old woman.

Frost, a former insurance agent, was said by Harris to have turned in a premium on an insurance policy on the life of one of the children after the child died. Harris said Mrs. Frost was beneficiary under insurance policies on the lives of the four children who died. He said poison had been found in the bodies.

FULL TEXT (Article 4 of 4): Houston. Tex., July 20. – Mrs. Dora Bullock Frost, charged with murdering her first husband and three children by poisoning them, disappeared late yesterday from a Houston hospital where she was taken after she assertedly voiced the opinion that she had been poisoned by some cream she had eaten.

Mrs. Frost, awaiting trial on the murder indictments, is free under $500 bail.

Walter Sullivan, ambulance driver, said he went to a Summer street residence in response to a call from a woman that “someone has been poisoned here.”

“I went into the house,” Sullivan said. “A woman was lying on the bed whom I recognized as Mrs. Frost.

“I don’t know,” she groaned. “It must have been some ice cream I ate. I think I have been poisoned.”

Sullivan said he rushed the woman to the Jefferson Davis Hospital, where she was given first aid in the emergency room.

After the treatment, the attendants placed an ice bag on her abdomen and turned momentarily to other cases. Nurses said another woman came in, assisted the sick woman to get to her feet and the two disappeared. At the Summer street residence it was reported today that “Mrs. Bullock is all right.” 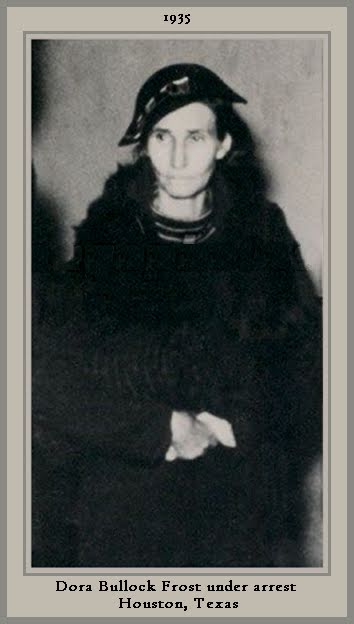 NOTE: The correction of the erroneous spelling "Lelola" to "Lee Lola" was supplied by a commenter who has done detailed research on the case. 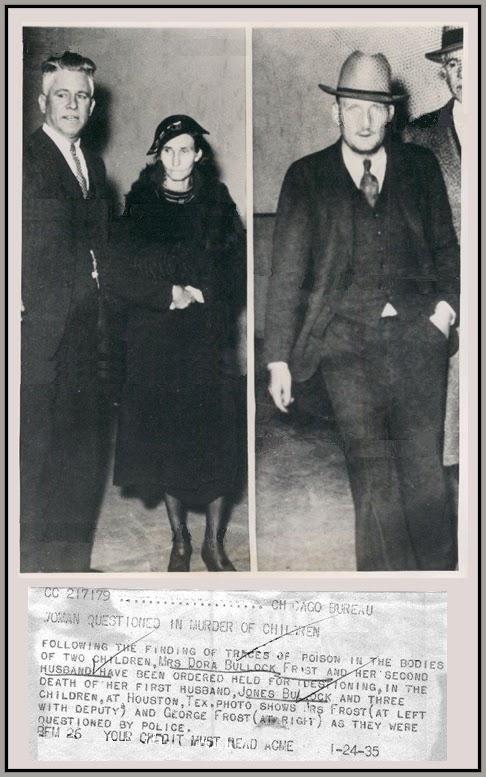 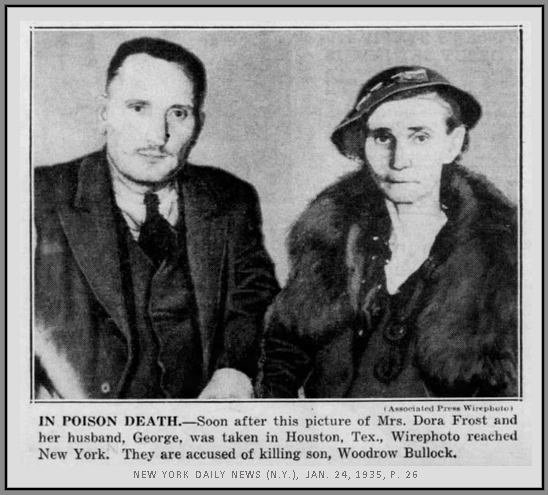 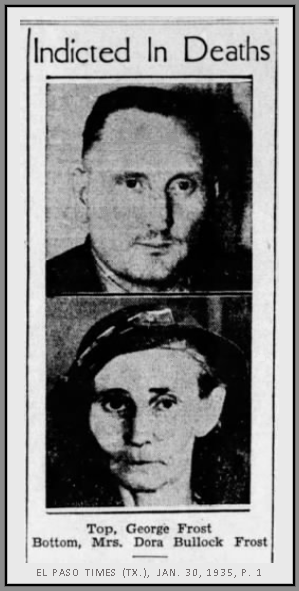 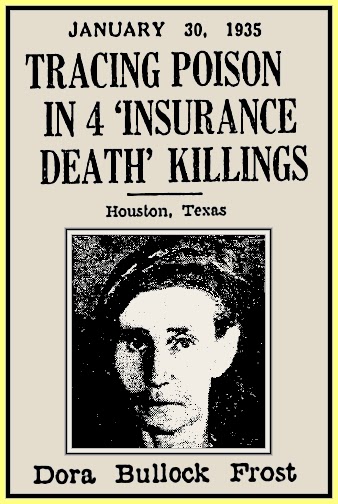