The Origin of Widow Self-Immolation (Sati, or, Suttee) in India & Its Relation to Husbandicide 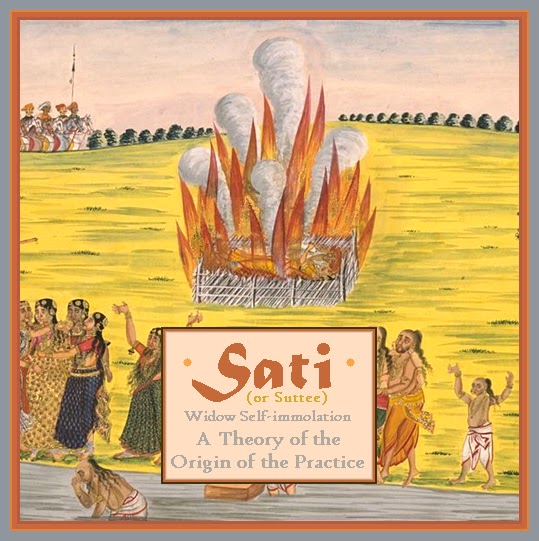 It has been 2,000 years that the origin of the Indian practice of Sati (or Suttee) was first reported in Western scholarly writings as having arisen to institute a disincentive for husbandicide, in order to counter the widespread of murder of husbands by wives.

EXCERPT: Secret poisoning seems to have been a common crime in India from the earliest times. Few of our readers are probably aware that the Suttee, which we have taken such trouble to suppress, was originally introduced (certainly before the time of Strabo [64/63 BC – c. AD 24], who lived at the commencement of our era) as a check upon the practice common amongst Indian women of poisoning their husbands. Passing over seventeen centuries we have the evidence of Captain Hamilton, who traded in India between 1688 and 1723 (quoted by Dr. Chevers) that the same system was then in existence:

“In Canara (he observes) there are several customs peculiar to itself, and many of them are spread abroad to remote countries. Here it was that the custom of wives burning on the same pile with their deceased husbands had its beginning. It is reported that, before the Brahmins invented this law, poison was so well known and practised that the least quarrel that happened between a married couple cost the husband his life, and this law put a great stop to it; and now custom so far prevails that, if any faint-hearted lady has not courage enough to accompany her spouse to the other world, she is forthwith shaved and disregarded, and obliged to serve all her husband’s family in all kinds of drudgery.”

[“IV. – A Manual of Medical Jurisprudence for India.” in The British and Foreign Medico-Chirurgical Review or Quarterly Journal of Practical Medicine and Surgery. Vol. XLIX. January-April, 1872. London, J. A. Churchill, New Burlington Street, 1872.]


EXCERPT: When [Dr. Bell] stated that the Hindoo women still sacrificed their lives on the funeral piles of their husbands, he should have added, had he had any decent regard for truth, that fewer instances of such victims now occur throughout all India, than many of ourselves can recollect of wives in England being burnt at the stake for the murder of their husbands, and for coining; that the Hindoo custom never was a law, but only connived at to check the horrible, (and in all countries too common) crime of husbandicide, and to inure paradise to the voluntary victim: for I insist that the practice is both voluntary and rare; whereas, the wife with us suffers a cruel death, and is besides damned to all eternity!

[“Misrepresentations of the Character of the Hindoos,” from “Reflections on the Conversion of the Natives of India to Christianity.” The New Monthly Magazine and Universal Register, Vol. II, from July to December, 1814, pp 27-33; excerpt: p. 29]

According to Diodorus the practice of sati started because Indians married for love, unlike the Greeks who favoured marriages arranged by the parents. When inevitably many of these love marriages turned sour, the woman would often poison the husband and find a new lover. To end these murders, a law was therefore instituted that the widow should either join her husband in death or live in perpetual widowhood. (Diodorus Siculus, Bibliotheca historica, 19.34.1-6). Modern historians believe Diodorus' source for this episode was the eyewitness account of the now lost historian Hieronymus of Cardia. Hieronymus' explanation of the origin of sati appears to be his own composite, created from a variety of Indian traditions and practices to form a moral lesson upholding traditional Greek values (A. B. Bosworth. The Legacy of Alexander: Politics, Warfare, and Propaganda under the Successors. Oxford University Press, 2002, pp 174-187).

For a look into the mind of a serial husband-killer in modern India, see: 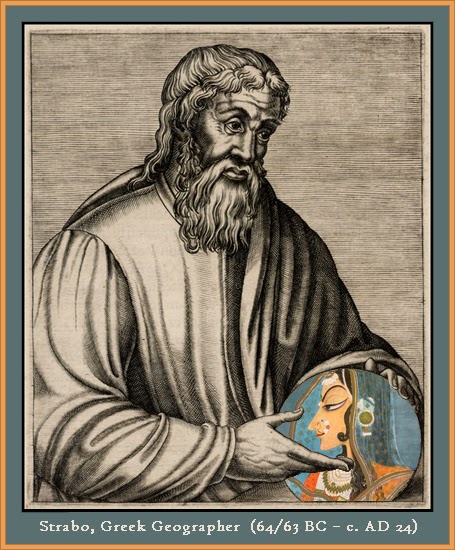 husbandicide - yes, it is a real, if archaic, English word.

Email ThisBlogThis!Share to TwitterShare to FacebookShare to Pinterest
Labels: Husbandicide (general), Sati (or Suttee) in India