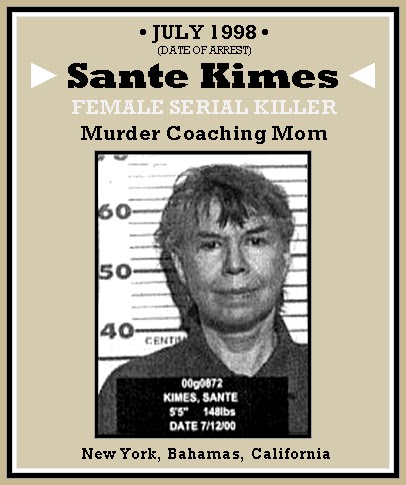 Wikipedia: Sante Kimes (born July 24, 1934) is an American felon who has been convicted of two murders, along with robbery, violation of anti-slavery laws, forgery and numerous other crimes. Many of these crimes were committed with assistance of her son Kenneth. The two of them were tried and convicted together for the murder of Irene Silverman, along with 117 other charges. The pair were also suspected but never charged in a third murder in the Bahamas, to which Kenneth has confessed.

According to court records, Kimes was born Sandra Louise Walker in Oklahoma City to a mother of partial Dutch descent and an East Indian father. Her estranged son, Kent Walker, in his book Son of a Grifter has reported from an old acquaintance of his mother that Sante Kimes was the daughter of a respectable family who was unable to cope with the young girl’s aberrant, wild antics; Kimes herself has claimed that her father was a laborer and that her mother was a prostitute who migrated from Oklahoma during the Dust Bowl to Los Angeles, where the young Kimes ran wild in the streets. But Sante Kimes has given numerous, conflicting stories about her origins and numerous other accounts are difficult to confirm, and thus Kent Walker says that his ancestry could be anything from Latino to East Indian to Indigenous American to simply white. She spent the better part of her life fleecing people of money, expensive merchandise, and real estate, either through elaborate con games, arson, forgery, or outright theft.

According to the book Son of a Grifter, she committed insurance fraud on numerous occasions, frequently by committing arson and then collecting for property damage. She delighted in introducing her husband as an ambassador - a ploy that even gained the couple access to a White House reception during the Ford administration. And she sometimes even impersonated Elizabeth Taylor, whom she resembled slightly. He also alleges that she committed many acts of fraud that were not even financially necessary, such as enslaving maids when she could easily afford to pay them and burning down houses she could have easily sold.

She frequently offered young, homeless illegal immigrants housing and employment, then kept them virtual prisoners by threatening to report them to the authorities if they didn’t follow her orders. As a result, she and her second husband, alcoholic motel tycoon Kenneth Kimes, spent years squandering his fortune on lawyers’ fees, defending themselves against charges of slavery. Kimes was eventually arrested in August 1985 and was sentenced by the U.S. District Court to five years in prison for violating federal anti-slavery laws. Her husband took a plea bargain and agreed to complete an alcohol treatment program; Ken, Sr. and their son, Kenny, lived a somewhat normal life until Sante was released from prison in 1989. Ken, Sr. died in 1994.

David Kazdin had allowed Kimes to use his name on the deed of a home in Las Vegas that was actually occupied by Kenneth Sr. and Sante Kimes in the 1970s. Several years later, Sante Kimes convinced a notary to forge Kazdin’s signature on an application for a loan of $280,000, with the house as collateral. When Kazdin discovered the forgery and threatened to expose Kimes she ordered him killed. Kenneth Jr. murdered Kazdin by shooting him in the back of the head. According to another accomplice’s later testimony, all three participated in disposing of the evidence. Kazdin’s body was found in a dumpster near Los Angeles airport in March 1998. The murder weapon was never recovered, having been disassembled and dropped into a storm sewer.

In June 1998, with her son Kenny, Kimes perpetrated a scheme whereby she would assume the identity of their landlady, 82-year-old socialite Irene Silverman, and then appropriate ownership of her $7.7 million Manhattan mansion. Despite the fact Silverman’s body was never found, both mother and son were convicted of murder in 2000, in no small part because of the discovery of Kimes’ notebooks detailing the crime and notes written by Silverman, who was extremely suspicious of the pair. During the trial for the Kadzin murder Kenneth Kimes confessed that after his mother had used a stun gun on Silverman, he strangled her, stuffed her corpse into a bag and deposited it in a dumpster in Hoboken, New Jersey.

Kenneth also confessed to murdering a third man, banker Sayed Bilal Ahmed, at his mother’s behest in The Bahamas in 1996, which had been suspected by Bahamian authorities at the time. Kenneth testified that the two acted together to drug Ahmed, drown him in a bathtub, and dump his body offshore, but no charges were ever filed in that case. Sante Kimes denies any involvement or knowledge of the murders, and claims that Kenneth’s confession was solely to avoid the death penalty.

Although the Kazdin murder happened first, The Kimes’ were apprehended in New York City and tried first for the Silverman murder. Evidence recovered from their car helped establish the case for trying them on Kazdin’s murder as well.

The Silverman trial was unusual in many aspects, namely the rare combination of a mother/son team and the fact that no body was recovered. Nonetheless, the jury was unanimous in voting to convict them of not only murder but 117 other charges including robbery, burglary, conspiracy, grand larceny, illegal weapons possession, forgery and eavesdropping on their first poll on the subject. The judge also took the unusual step of ordering Kimes not to speak to the media even after the jury had been sequestered as a result of her passing a note to New York Times reporter David Rhode in court. The judge threatened to have Kimes handcuffed during further court appearances if she persisted and restricted her telephone access to calls to her lawyers. The judge contended that Kimes was attempting to influence the jury as they may have seen or heard any such interviews, and that there would be no cross-examination as there would be in court. Kimes had earlier chosen to not take the stand in her own defense after the judge ruled that prosecutors could question her about the previous conviction on slavery charges.

During the sentencing portion of the Silverman trial, Sante Kimes made a prolonged statement to the court blaming the authorities, including their own lawyers, for framing them. She went on to compare their trial to the Salem Witch Trials and claim the prosecutors were guilty of “murdering the Constitution” before the judge told her to be quiet. When the statement was concluded the presiding judge responded that Mrs Kimes was a sociopath and a degenerate and her son was a dupe and “remorseless predator” before imposing the maximum sentence on both of them.

In October 2000, while doing an interview, Kenneth held Court TV reporter Maria Zone hostage by pressing a ballpoint pen into her throat. Zone had interviewed Kimes once before without incident. Kenneth Kimes’ demand was that his mother not be extradited to California, where the two faced the death penalty for the murder of David Kazdin. After four hours of negotiation Kimes removed the pen from Zone’s throat. Negotiators created a distraction which allowed them to quickly remove Zone and wrestle Kimes to the ground.

In March 2001, Kenneth Kimes was extradited to Los Angeles to stand trial for the murder of David Kazdin. Sante Kimes was extradited to Los Angeles in June 2001. During that trial in June 2004, while he was facing the death penalty, Kenneth changed his plea from “not guilty” to “guilty” and implicated his mother in the murder in exchange for a plea deal that his mother not receive the death penalty if convicted. Sante Kimes again made a prolonged statement denying the murders and accusing police and prosecutors of various kinds of misconduct, and was again eventually ordered by the presiding judge to be silent. The sentencing judge in the Kazdin case called Mrs. Kimes “one of the most evil individuals” she had met in her time as a judge.

Sante Kimes is currently serving a sentence of 120 years at the Bedford Hills Correctional Facility for Women in New York. On her prisoner papers, Sante’s projected release date is on March 3, 2119. Additionally, Kimes and her son were each sentenced to life for the death of David Kazdin in California. Kenneth Kimes is currently incarcerated at Richard J. Donovan Correctional Facility in California.

A 2001 made-for-TV movie, Like Mother, Like Son: The Strange Story of Sante and Kenny Kimes, starred Mary Tyler Moore as Sante Kimes, Gabriel Olds as Kenny, and Jean Stapleton as Silverman. In 2006, another television movie based on a book about the case, A Little Thing Called Murder, starring Judy Davis and Jonathan Jackson, aired on Lifetime. She was also featured in a 2008 episode of the television show Dateline. 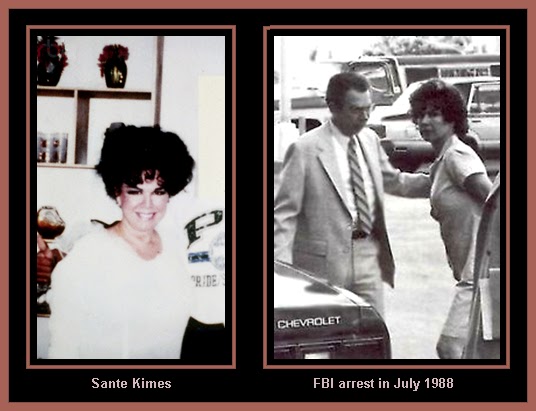 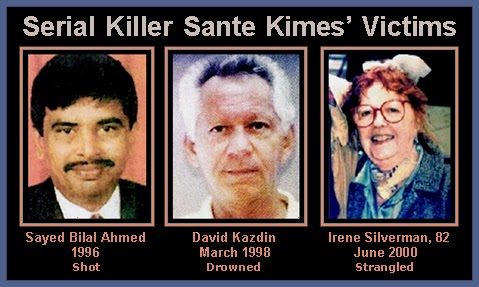 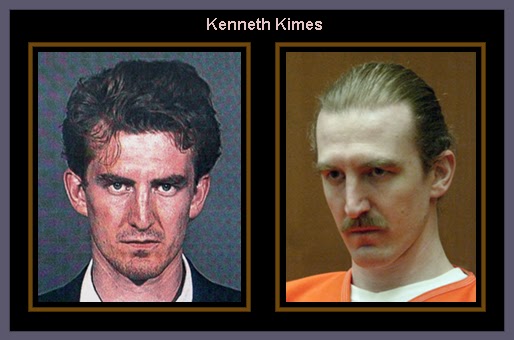 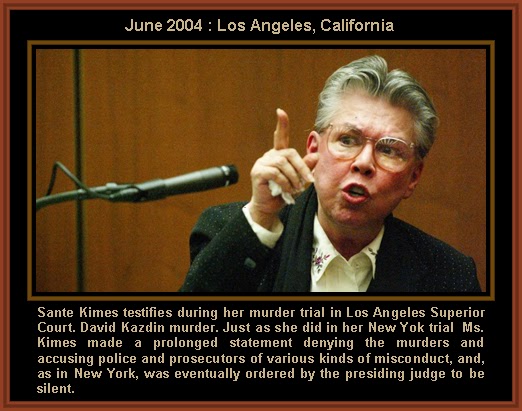 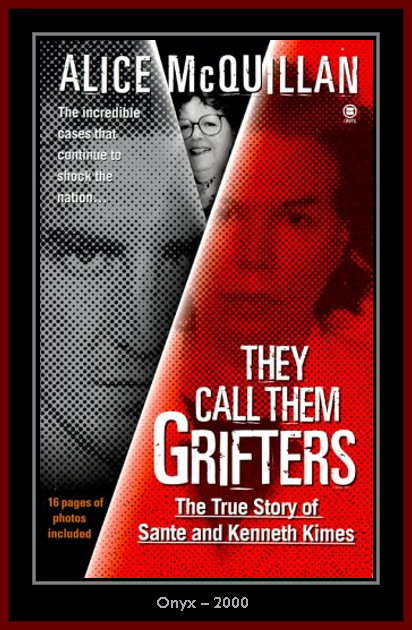 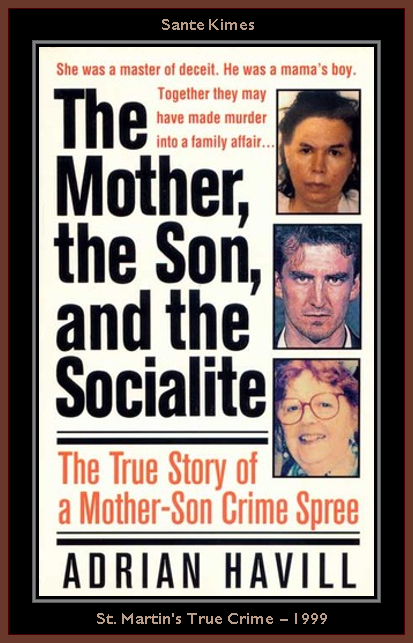 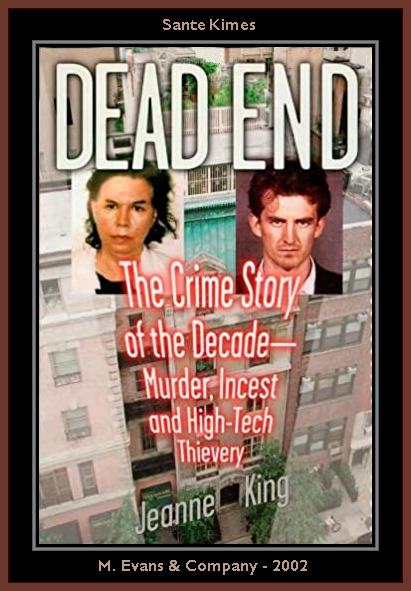 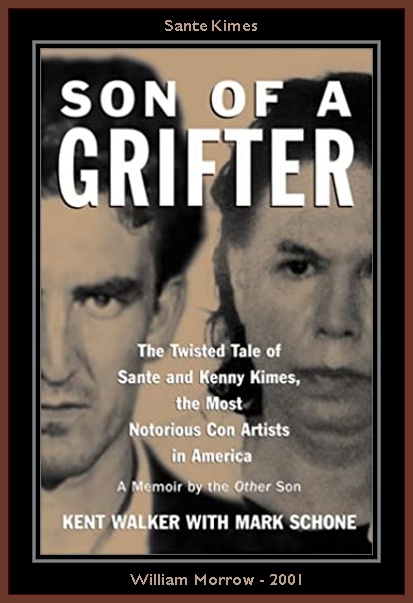