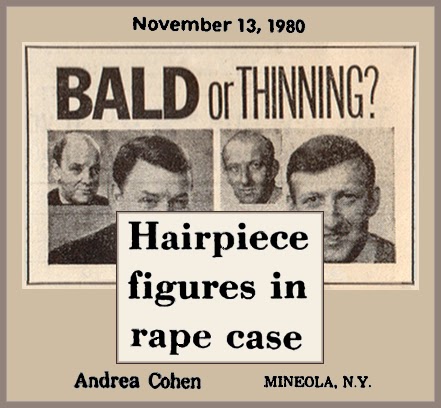 FULL TEXT: Mineola, N. Y. – A New York City employee won $10,000 in state Supreme Court after he gave a convincing demonstration of his argument that he had been falsely sued for rape.

Jeffrey Gordon, a 30-year-old accountant with the New York City comptroller’s office, was arrested last year and charged with first-degree rape. When a grand jury refused to indict him, Gordon sued the woman who brought the charge against him, 29-year-old Andrea Cohen, for $2.5 million for alleged libel and slander.

Miss Cohen testified Wednesday during the one-day non-jury trial that when she was raped, she had pulled at Gordon’s hair.

At that point in the testimony, Gordon stood up [and] removed his toupee.