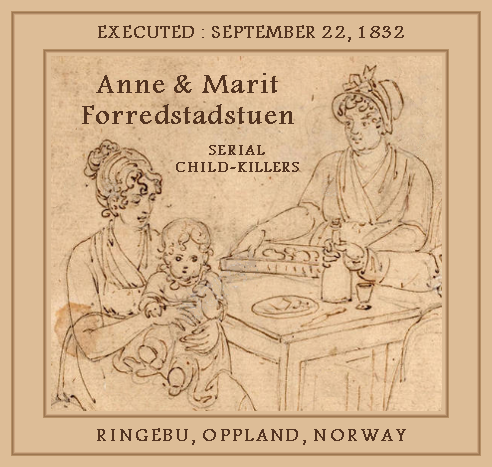 EXCERPT (translate from Norwegian):  In 1832, Anne Forrestadstuen and her daughter Marit were beheaded at Ringebu for having committed a long series of child murders. The two were convicted of a total of eight murders, but it seems to have been several more, Sørnes says and adds: The Ministry of Justice described the mother Anne as "a for Human Feeling to a fairly uncommon degree exposed Criminal" - the definition of a psychopath, without using the word.