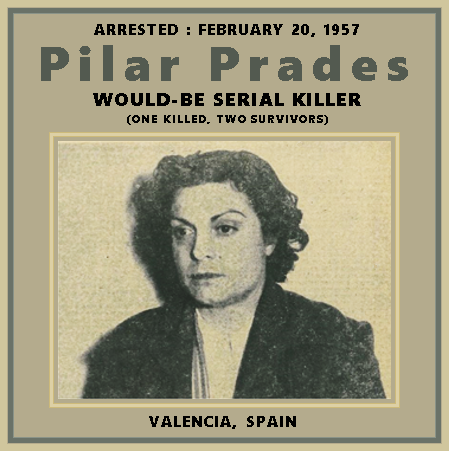 Wikipedia (with additions. : Pilar Prades Expósito or Santamaría (1928- 19 May 1959) was a Spanish maid, sentenced to death for murder through arsenic poisoning. She was the last woman executed in Spain.

Born in a humble family in Bejís, she moved with 12 years to Valencia to serve. Illiterate and introverted, she changes her house several times until in 1954 when she enters to work for the marriage of Enrique Vilanova and Adela Pascual, who run a farmhouse on Sagunto street in Valencia. Prades works at home and even attends the counter of the deli when customers accumulate. On March 19, Adela falls ill with what is initially diagnosed as influenza and then dies. After her death, Enrique kicks Prades out of the house, closes the business and leaves Valencia.

The same day that Adela Pascual was buried, the murderer dressed in the victim's apron and "with the best of smiles" began to work behind the deli counter. But Enric Vilanova, the victim's husband, must have had other plans: a few weeks later he fired her and after a few months he closed the deli.

Prades then goes to work at the home of the military doctor Manuel Berenguer and his wife Mª del Carmen Cid, recommended by Aurelia Sanz Hernanz, the cook. Soon, Aurelia falls ill. Berenguer is alarmed and enters Aurelia in the hospital, where he seems to experience some improvement. When his wife exhibits the same symptoms, consult other specialists and perform a diagnostic test to confirm the presence of poison. Suspecting Prades, he contacts Enrique Vilanova. After that, he files a complaint against Prades and Adela's body is exhumed, in which arsenic remains are found.

Although the evidence is considered circumstantial, since Prades confessed after 36 hours without eating or sleeping, a flask of an arsenic-based killer was found among her belongings that was suspected of being the weapon of the crime. Despite the advice of her lawyer, she pleaded not guilty. She was sentenced to death by garroting.

The executioner designated to carry out the execution was Antonio López Sierra who, after knowing that a woman was going to be executed, refused to do so. The execution, scheduled for six in the morning, was carried out more than two hours later, waiting for a pardon that did not arrive. The executioner had gotten drunk and had to be dragged to the gallows.

The anecdote of the executioner taken to the gallows forcibly inspired the movie, “The Executioner,” by Luis García Berlanga.

In the documentary “Dear Executioners” of Basilio Martín Patino, Antonio López is asked about the execution of Pilar Prades.

In 1985 the first season of the TVE series , one of whose episodes was dedicated to the case of Prades. This was played by actress Terele Pávez in an episode directed by Pedro Olea. José Prades, Pilar's brother, sued TVE and the screenwriter for honor injuries, a lawsuit that was dismissed by the Supreme Court.

1954 – enters to work for Enrique Vilanova and Adela Pascual, Valencia. 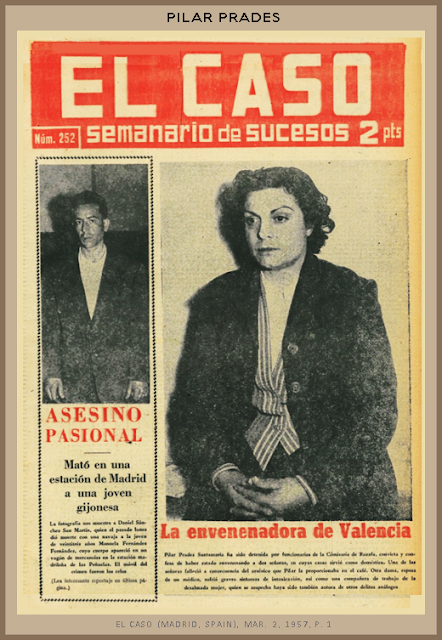 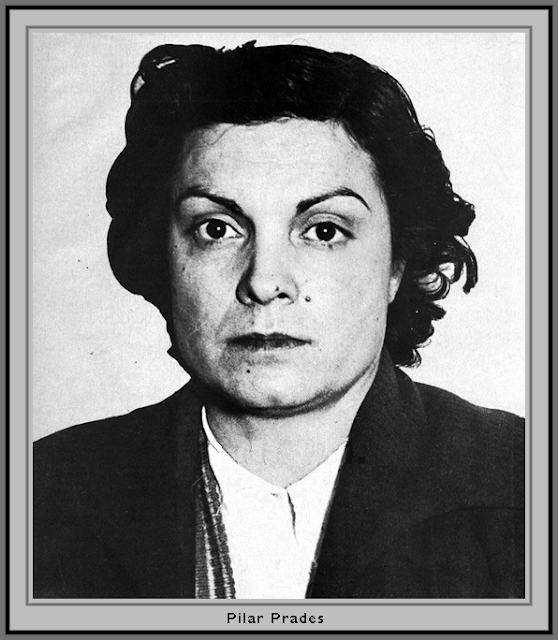 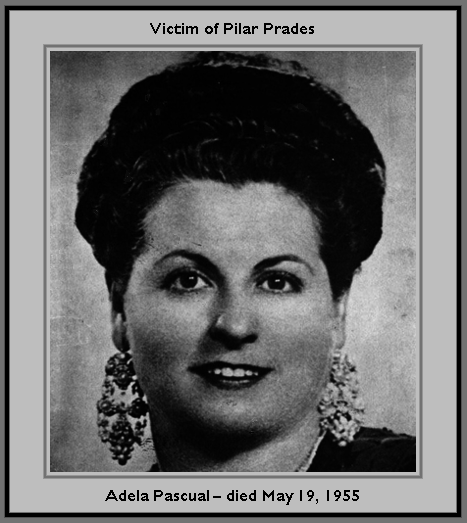 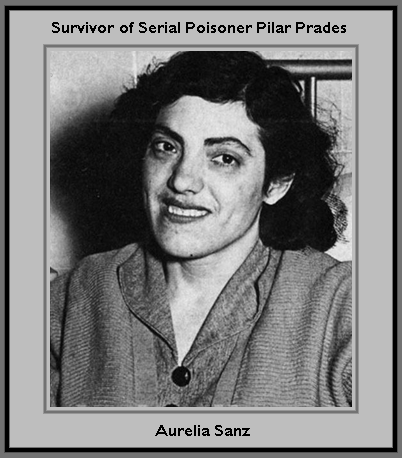 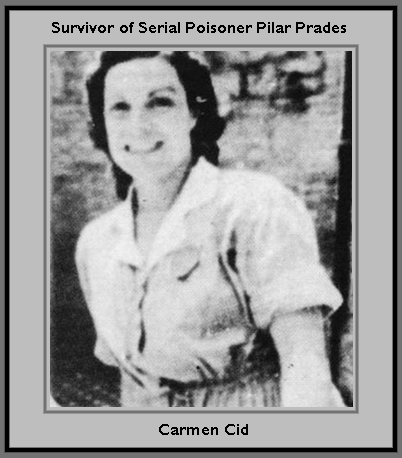 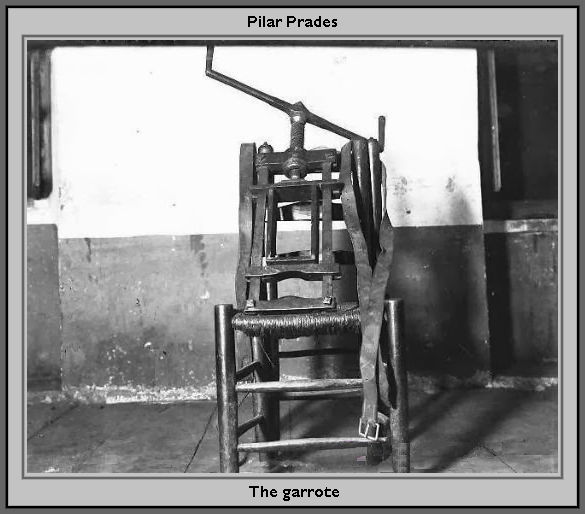 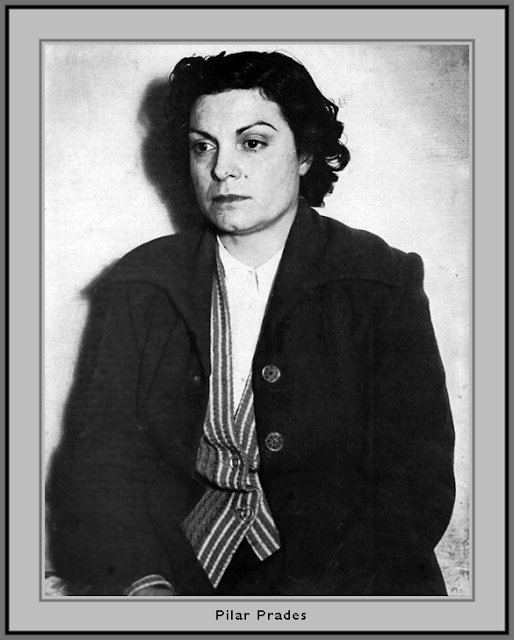 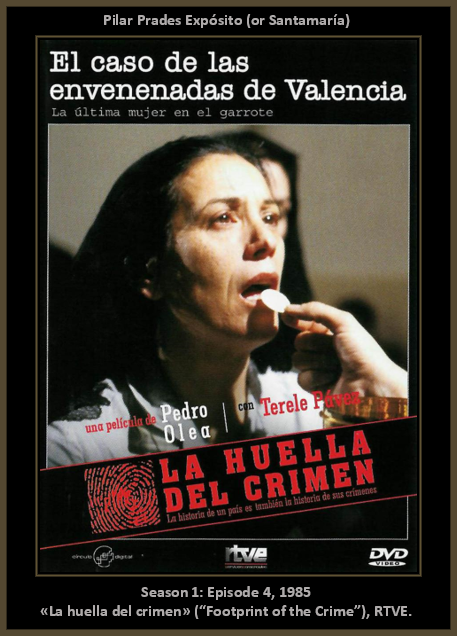