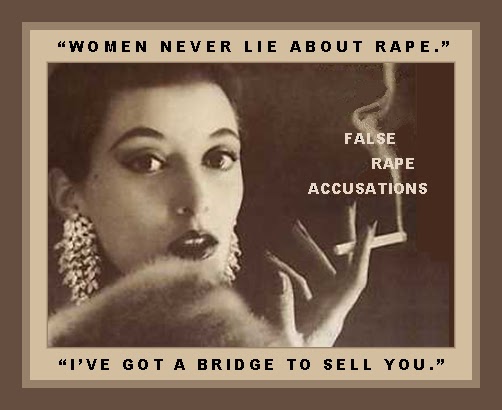 Following is a small selection of historical articles dealing with false rape accusations. Research on historical cases of this variety is still at an infantile stage.

A Wisconsin state legislator attempts, unsuccessfully, to protect men from the epidemic of false rape accusations he has been observing.

False rape accusations are used as a weapon of war by the German military in an organized attempt to destabilize the allied occupation. The US military’s usual punishment for rape committed by one of its members was execution.

An article that discusses the arrests of a series of false rape accusers. Such cases seldom made the news until fairly recently due to the fact that most false rape accusations are typically identified before arrest and until recently the accused were not routinely arrested – and their arrest publicized – without appropriate investigation.


Woman was charged with perjury after it was discovered her testimony the put her victim in jail was untrue.

A leading American Nazi sympathizer tries to "derail" a trial of sedition (collaborating with the enemy at time of war) with his secretary's willing cooperation.

Two teenaged boys were held for 5 weeks for a rape that never happened. The accuser, a bar-hopping lush had passed out in a park and imagined the rape scenario.

A man served four years of a life sentence. He had been accused by a mentally ill woman, a chronic schizophrenic, and was finally vindicated.

Mother and daughter join forces to accuse a young man with whom the daughter had consenting sexual relations. The motive was spite; he did not want to marry her. 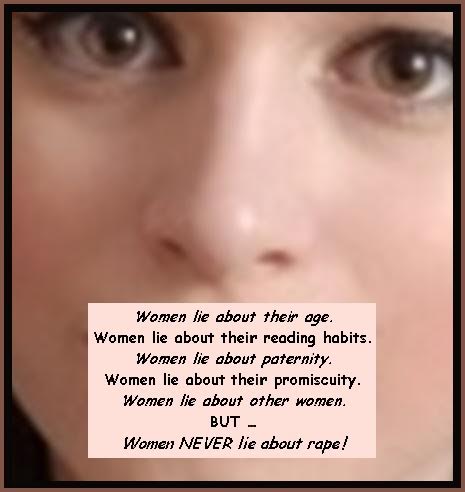