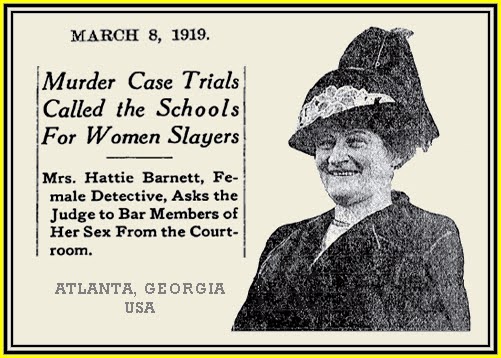 FULL TEXT: “Women must be barred from criminal trials in Fulton county [Georgia],” stated Mrs. Hattie Barnett, female detective, who has been subpoenaed by the state.

“The courtroom of the average murder trial is merely the training school where wives learn the tricks used by other women in killing their husbands, and then go home, talk them over with their neighbors and then use said tricks in ridding themselves of their husbands.”

Mrs. Barnett had a conference with Judge John B. Humphries in regard to having the female of the species barred from sensational trials. Mrs. Barnett stated further that she saw during the Abbott trial women offering cooked chicken legs to court attaches in order to have the attaches reserve seats for them.

“Women of this class brought their lunches and spent the day, often bringing their children of various ages with them. If I have to go to the legislature, I shall get morbid women barred from such trials,” she completed. 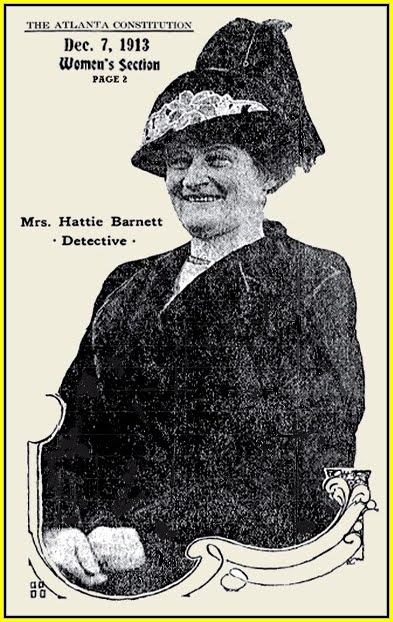